A new study finds that, despite a record-setting number of immigrants illegally entering the country, relatively few employers are prosecuted for hiring undocumented aliens.

The low levels of legal reprimand appear as an oddity given the surge of illegal aliens appearing at the U.S. southern border — many of them claiming they emigrated in search of better work opportunities.

Border apprehensions have increased every month since January, with the months of March and April witnessing back-to-back migrant encounters of over 100,000. Altogether, over half a million illegal immigrants have been apprehended since the beginning of the fiscal year.

“Given the millions of undocumented immigrants now working in this country, the odds of being criminally prosecuted for employing undocumented workers appears to be exceedingly remote,” the study noted. “Not only are few employers prosecuted, fewer who are convicted receive sentences that amount to more than token punishment. Prison sentences are rare.”

The Syracuse study did find a sizable number of people held accountable for illegal entry into the U.S., however.

Estimates vary on the number of illegal immigrants currently living in the U.S. Earlier studies put the total number of undocumented aliens at around 11 million. However, more recent studies, such as the one published by Yale in 2018, places the number closer to 22 million. 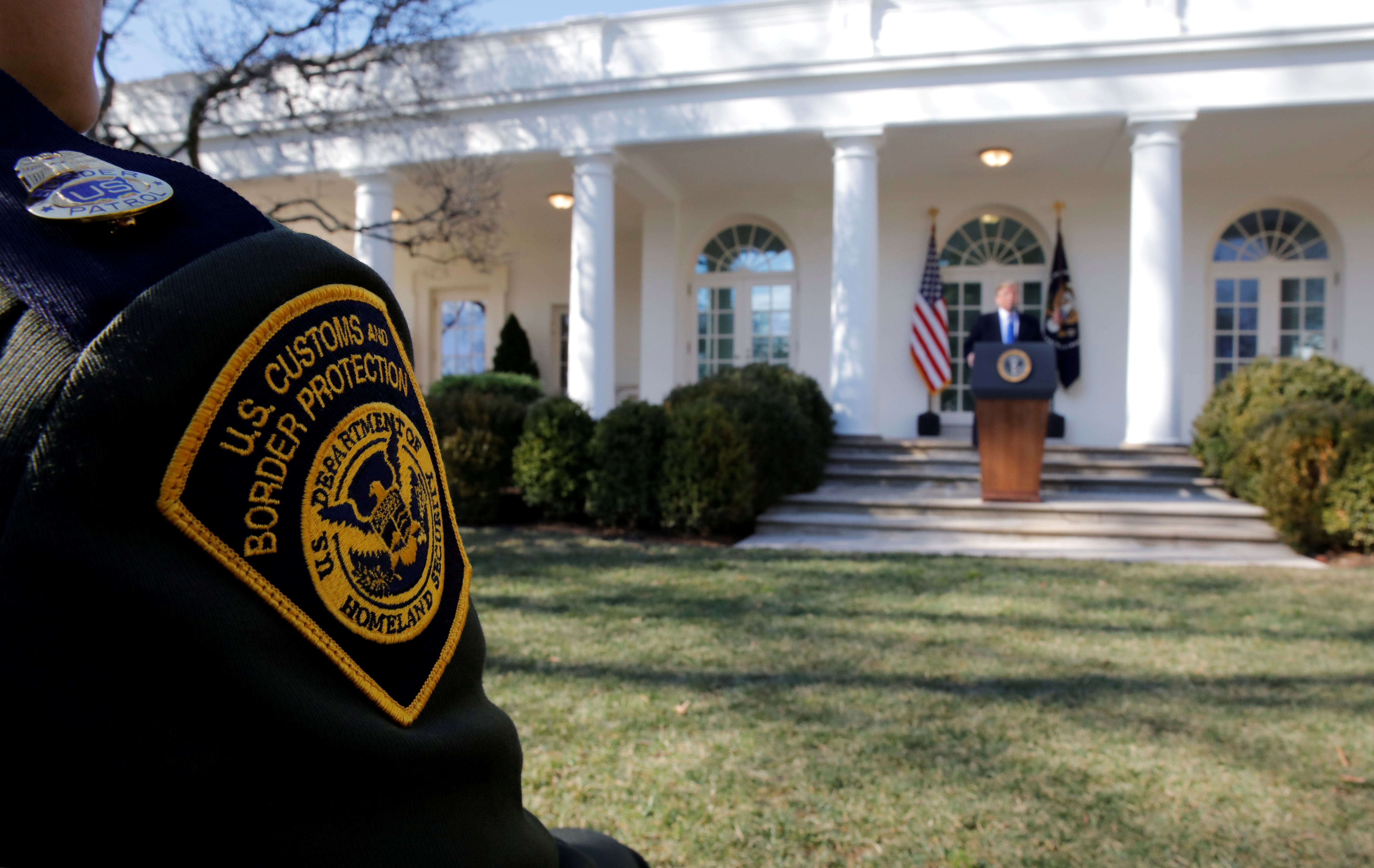 A U.S. Border Patrol agent listens from the front row as President Donald Trump declares a national emergency at the U.S.-Mexico border during remarks about border security in the Rose Garden of the White House in Washington, U.S., February 15, 2019. REUTERS/Carlos Barria

While the Trump administration has reportedly considered mandating a nationwide program, such as E-Verify, that checks whether employees are allowed to work in the U.S., no such proposal has been implemented yet. Only a few states have required employers to use E-Verify, and many immigration hawks believe the program should be more widely used.

“U.S. employers are expected to comply with the federal ban on employing illegal aliens. It has been well established that a primary factor motivating illegal immigration is the possibility of landing a job in the U.S.,” Matthew Tragesser, spokesperson for the Federation for American Immigration Reform (FAIR), stated to The Daily Caller News Foundation on Friday. “Mandating E-Verify, a free, online program that verifies the work authorization of employees, would certainly help employers from hiring illegal aliens.”

FAIR’s comments closely echo those in the Trump administration. Acting Homeland Security Secretary Kevin McAleenan and others in the Trump administration say the department, understaffed and underfunded, needs additional money from Congress in order to deal with the record number immigrants. (RELATED: Trump Considering More Restrictions Against Asylum Seekers: Report)

“ICE’s worksite enforcement strategy aims to curb employers from hiring illegal aliens, but the reality is the agency is stretched to capacity and requires more individuals and funding to fully carry out its mission. Despite having national oversight, ICE is smaller than the NYPD, revealing the challenge of prosecuting employers across the nation,” Tragesser continued.