The two military veterans who said they walked out of a private meeting with New York Rep. Alexandria Ocasio-Cortez say the Democratic congresswoman is neglecting local issues in favor of “beating up on” President Donald Trump and Republicans.

Vietnam veteran and treasurer of Bronx Community Board 11 Silvio Mazzella told The Daily Caller News Foundation that the May 29 board meeting was the first they had seen of Ocasio-Cortez in their community since she started her congressional term in January.

“She was in office five months, and this is the first time she came to our community,” Mazzella said.

He said the board reached out to Ocasio-Cortez’s office in February regarding concerns of neighborhood graffiti and issues with the postal service, but when the same concerns were brought up at the May 29 community board meeting more than three months later, Ocasio-Cortez took notes and said she would “look into it,” according to Mazzella. (RELATED: More Bronx Community Board Members Come Forward To Affirm Military Vets Walked Out Of Ocasio-Cortez Meeting) 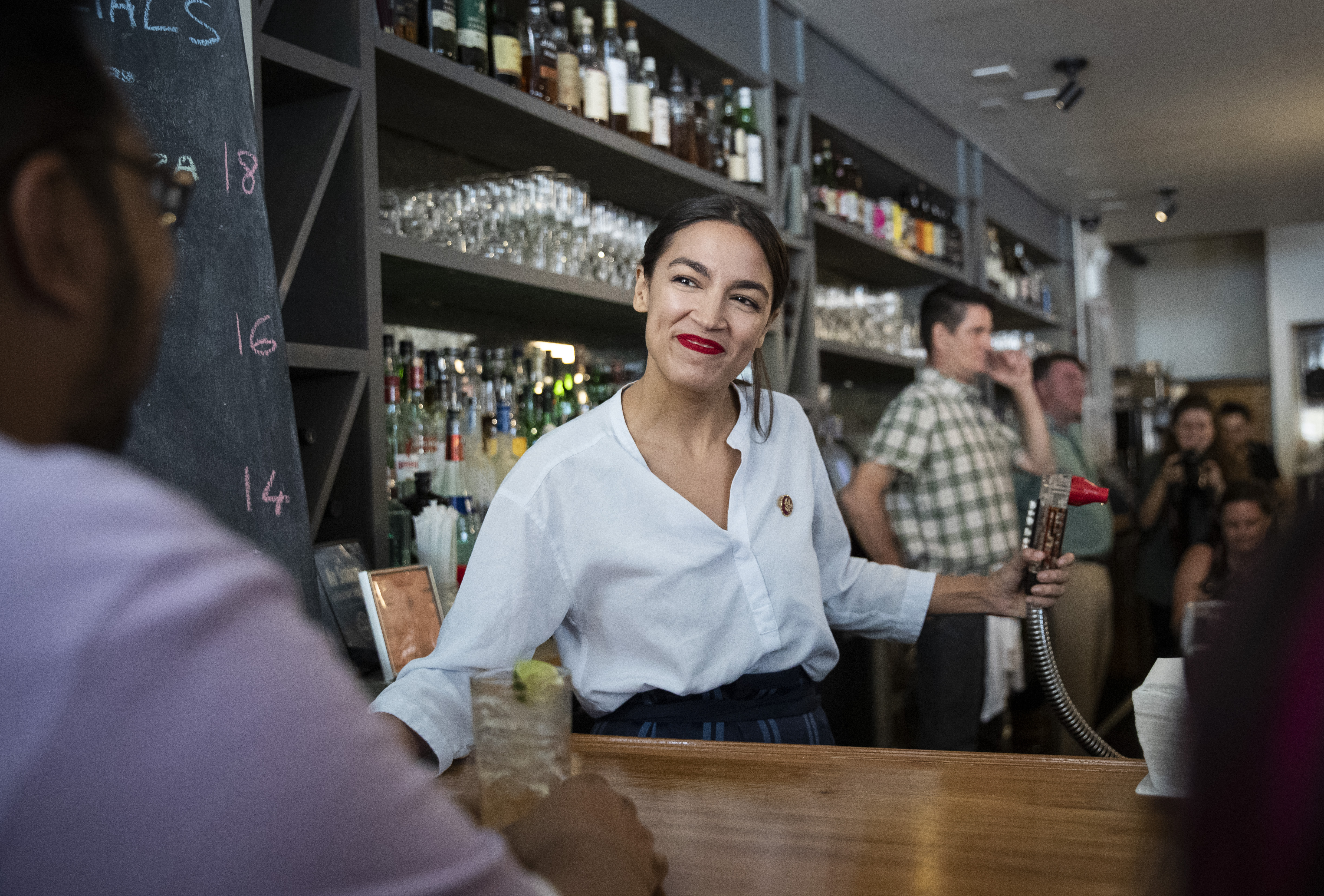 U.S. Rep. Alexandria Ocasio-Cortez works behind the bar at the Queensboro Restaurant, May 31, 2019 in the Queens borough of New York City. (Photo by Drew Angerer/Getty Images)

“We called her back in February about a postal problem, and she never addressed it, she showed up at the meeting and said, ‘I’ll look into it,'” Mazzella explained.

He explained that he feels Ocasio-Cortez is neglecting the issues raised by her local constituents.

“She wants to be an international person rather than a local congresswoman. I think she neglects the local issues,” he explained.

Vitaliano served on the Bronx Community Board as chairman from 2008-2018. He says the congresswoman could be doing more to help her local community.

“I care about my community, she cares more about beating up on Trump and the Republicans than the community,” Vitaliano said.

“Am I happy with her? No. We want our congresswoman to address local issues. I don’t think she’s addressing our issues,” he continued.

The two military veterans reportedly walked out in the middle of the private meeting with Ocasio-Cortez due to her allegedly anti-American rhetoric.

Mazzella said the congresswoman was criticizing American foreign policy, blaming America for the bloodshed in the presently occurring Yemen Civil War. He said that her rhetoric reminded him of the protesters he encountered coming home from Vietnam.

“It reminded me of when I got back from Nam, with the protesters. They were there when I got off the plane,” he said. “No matter what they believe we are out there fighting for our country.”

Ocasio-Cortez’s spokesperson Corbin Trent reportedly contested the accounts of Mazzella and Vitaliano, claiming that no one walked out during the meeting except for one person who had to pick up their children, according to the New York Post.

“The only person that left the meeting while it was underway was someone who had to go pick up their children,” Trent said.

Bronx Community Board 11 Chairman Albert D’Angelo affirmed that the two did in fact get up and leave during the meeting.

Ocasio-Cortez’s office did not respond to a request for a comment regarding the event.