A number of media personalities blamed President Donald Trump for the fact that D-Day ceremonies began late Thursday, but most failed to acknowledge that French President Emmanuel Macron arrived late.

Instead, many pointed to the fact that, prior to the ceremony, French TV cameras caught the president sitting down with Fox News host Laura Ingraham for an interview that is scheduled to air on Thursday evening’s “Ingraham Angle.” (RELATED: President Trump Delivers Stunning D-Day Speech On 75th Anniversary)

NBC’s Bill Neely claimed that Trump made Macron wait to begin the ceremony, appearing to suggest that the fact the president had stayed at his golf course in Ireland might have something to do with the delay.

President Trump is late to the D Day Anniversary ceremony at the cemetery overlooking Omaha beach. Veterans of D Day & the French President waited as @realDonaldTrump failed to get here on time from his golf club in Ireland.

However, Trump and Melania arrived in time to greet Macron and his wife Brigitte as they stepped off their helicopter.

And according to the Associated Press’s Jonathan Lemire, while Trump did sit for his interview with Ingraham after the D-Day ceremony was scheduled to begin, he appeared to be finished prior to Macron’s arrival.

Trump did Fox News interview after he arrived, slowing him from reaching stage. But, from pool’s vantage point, he appeared to be done and ready before Macron arrived, at which point ceremony began

Macron had a good reason for running late, however. He had joined British Prime Minister Theresa May, who is set to resign her post on Friday, to honor the British service members who landed on nearby Sword Beach in Ver-Sur-Mer. 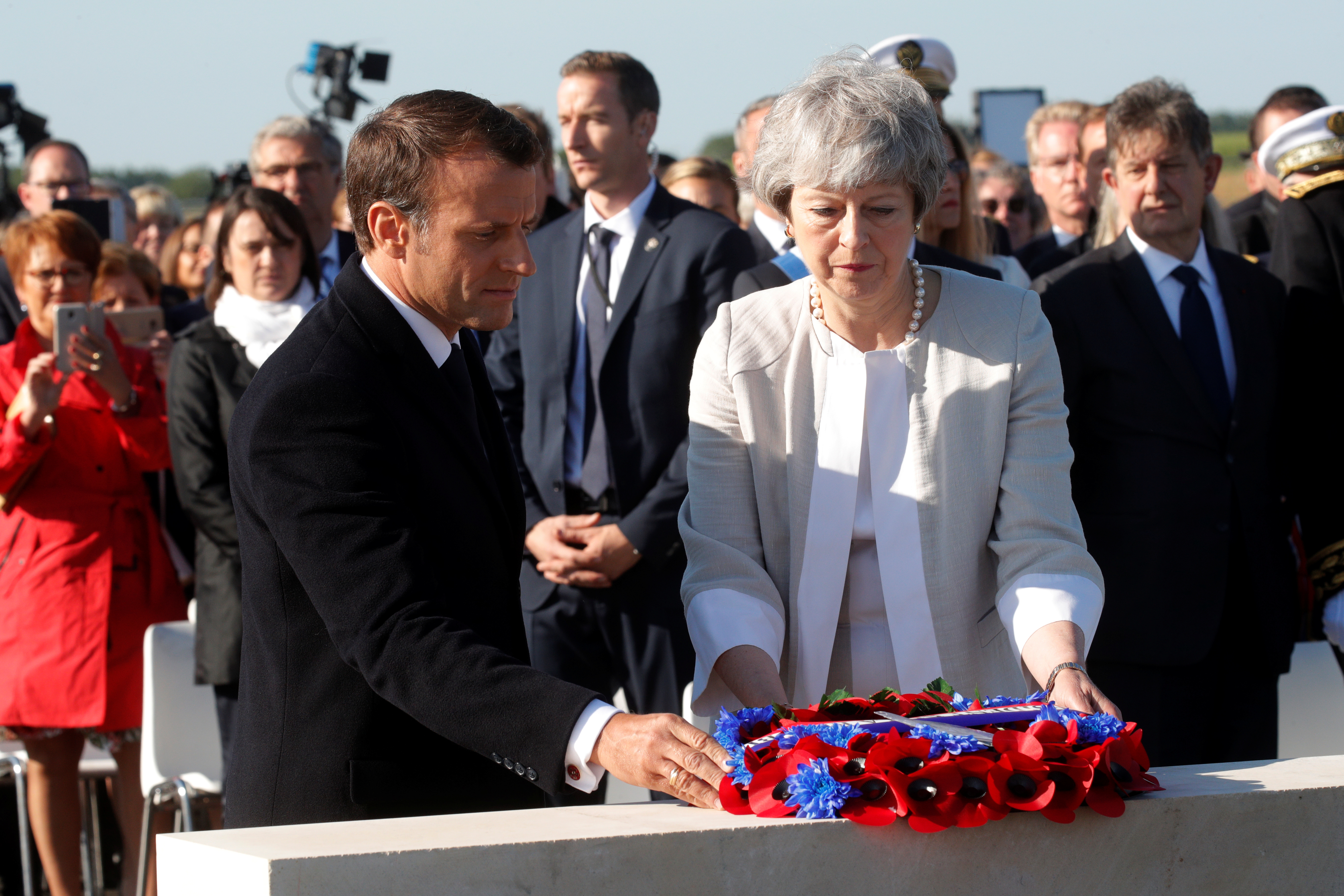 French President Emmanuel Macron and British Prime Minister Theresa May lay a wreath of flowers at the commemorative first stone of a British memorial during a Franco-British ceremony in Ver-Sur-Mer as part of ceremonies to mark the 75th anniversary of D-Day landings in Normandy, France, June 6, 2019. REUTERS/Philippe Wojazer/Pool

“If one day can be said to have determined the fate of generations to come, in France, in Britain, in Europe and the world, that day was the 6th of June, 1944,” May said to gathered veterans and spectators.

Macron thanked the veterans and “all those who were killed so that France could become free again.”