A former New York imam and Iraqi refugee, Yassin Aref, is being deported back to his home country after serving more than 13 years in prison for a terrorism conviction.

“If everything goes smoothly, he should be back in his home country as a free man tomorrow,” Salah Muhiddin, Aref’s son, said to the Times Union. Aref, according to his son, was told by Immigration and Customs Enforcement (ICE) on Sunday to gather his belongings and get ready to leave the U.S. shortly.

However, an ICE spokesman informed The Daily Caller News Foundation on Monday afternoon that Aref was still in their custody. The agency would not confirm when exactly he would be leaving the country.

Aref’s deportation process marks the end of a chapter that began 15 years ago.

Aref arrived in the U.S. as a Kurdish refugee from Iraq and became a prominent imam at the Masjid As-Salam mosque in Albany, New York in the early 2000s. However, his mosque was raided and he was arrested in August 2004 for his involvement in a fake scheme to kill a Pakistani diplomat.

A man approached Mohammed Hossain, a Bangladeshi pizza shop owner, in 2003 about a $50,000 loan for renovations to his store. The man — who in reality was an FBI informant — told Hossain that the money came from the sale of a shoulder-fired rocket launcher that would be used to kill the Pakistani ambassador to the United Nations in New York.

Hossain asked Aref to attend a meeting with the undercover FBI informant and act as a witness to the loan, a request that made Aref culpable in the sting. That same year, the U.S. government discovered Aref’s name and telephone number among papers belonging to suspected terrorists in Iraq. 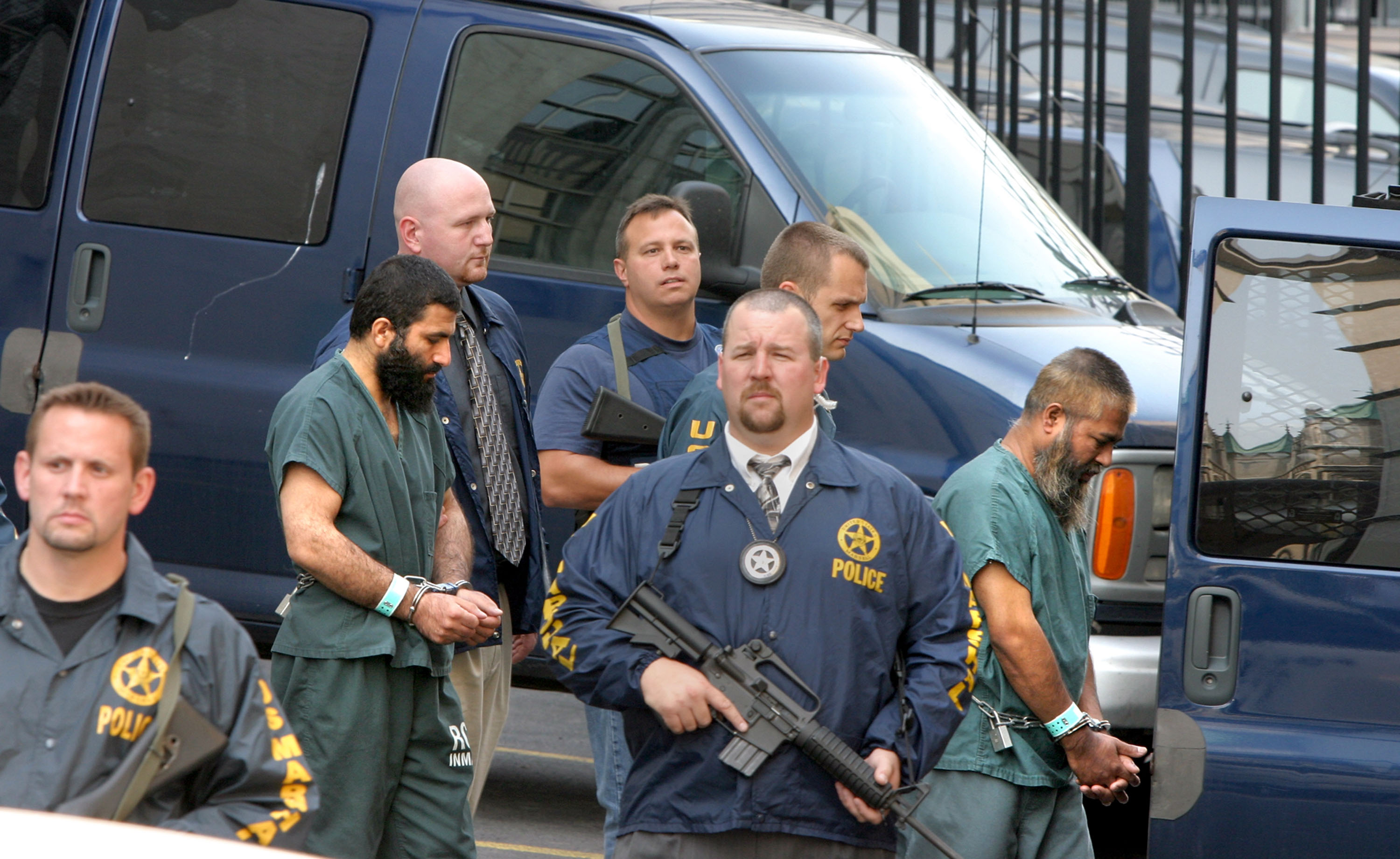 ALBANY, NY – AUGUST 10: Yassin Muhiddin Aref (L) and Mosharref Hossain are led out of federal court after being denied bail August 10, 2004 in Albany, New York. Aref and Hossain are charged under a 19-count indictment that alleges conspiracy to launder money and promote terrorism in a plot to assassinate the Pakistani ambassador to the United Nations. (Photo by Joe Putrock/Getty Images).

Both Aref and Hossain were convicted of money laundering and conspiring to provide material support to a U.S.-designated terrorist organization, Jaish-e-Mohammed. Aref ultimately spent 13-and-a-half years in a federal prison and then another eight months in an immigration detention center in Pennsylvania.

Aref maintained his innocence throughout the ordeal, arguing that he was the victim of government entrapment and anti-Muslim bigotry.

“I swear to God, I had no intention to harm anyone in this country. I don’t know why I am guilty,” Aref said during court proceedings in 2007. His attorney filed several appeals, but none were successful. (RELATED: Chip Roy Gives Ocasio-Cortez A Legal Lesson On Domestic Terrorism)

Aref’s wife and two daughters are already waiting in Iraq for his return, according to a 2018 report from the Daily Gazette.

“We’re looking forward to him leaving prison,” Aref’s son told the Gazette at the time. “We’re glad it’s all done and we get to move on and put it behind us.”