United Mine Workers of America (UMWA) International President Cecil Roberts said Bloomberg “demonstrated his contempt for the working families of Appalachia and other coal-dependent communities once again with his $500 million pledge to destroy every American job associated with coal by 2030.”

“Instead of taking a rational approach to addressing the issue of climate change, he has pledged to throw more than 800,000 people out of work and destroy their families and communities while he’s at it,” Roberts said in a statement issued Monday.

Bloomberg announced in June he would infuse another $500 million into climate change campaigns, including boosting the Sierra Club’s effort to close every U.S. coal plant by 2030 and prevent the expansion of natural gas. (RELATED: Mike Bloomberg Devotes $500 Million To Ending Coal Industry, Influencing 2020 Elections)

“We’re in a race against time with climate change, and yet there is virtually no hope of bold federal action on this issue for at least another two years,” Bloomberg said. 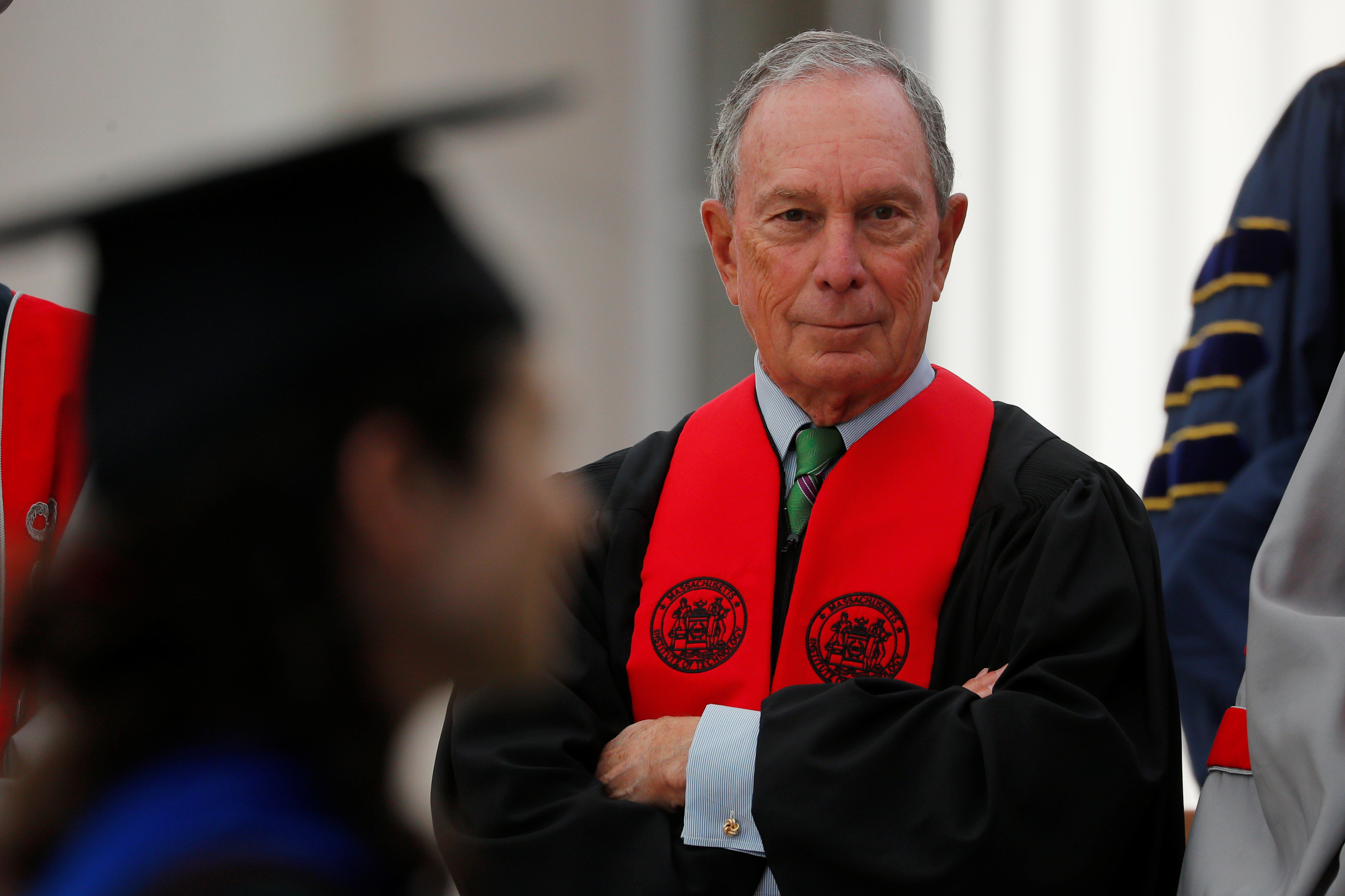 With this new spending, Bloomberg will have committed roughly $1 billion to the climate crusade since leaving the mayor’s office. Included in that total is $150 million for Sierra Club campaigns to close coal and natural gas plants.

“We are thrilled to continue to build upon this foundation as part of the Beyond Carbon initiative to move our country and our economy off of dirty, deadly, and out-dated fossil fuels to 100 percent clean energy,” Sierra Club Executive Director Michael Brune said in a June 7 statement.

Roberts, however, said that Bloomberg’s campaign would cost thousands of jobs across multiple industries without having much of an impact on global warming since coal will still power developing countries in Asia and Africa.

“Bloomberg is not just interested in throwing coal miners and their families in the ditch, he is throwing utility workers, electrical workers, building tradespeople, boilermakers, laborers, railroad workers and more in the ditch as well,” Roberts said.

“And if he is successful, the only thing he will have achieved by 2030 is to put all those families on the economic chopping block, because simply ending coal-fired power in the United States will have no actual effect on global greenhouse gas emissions,” Roberts said. 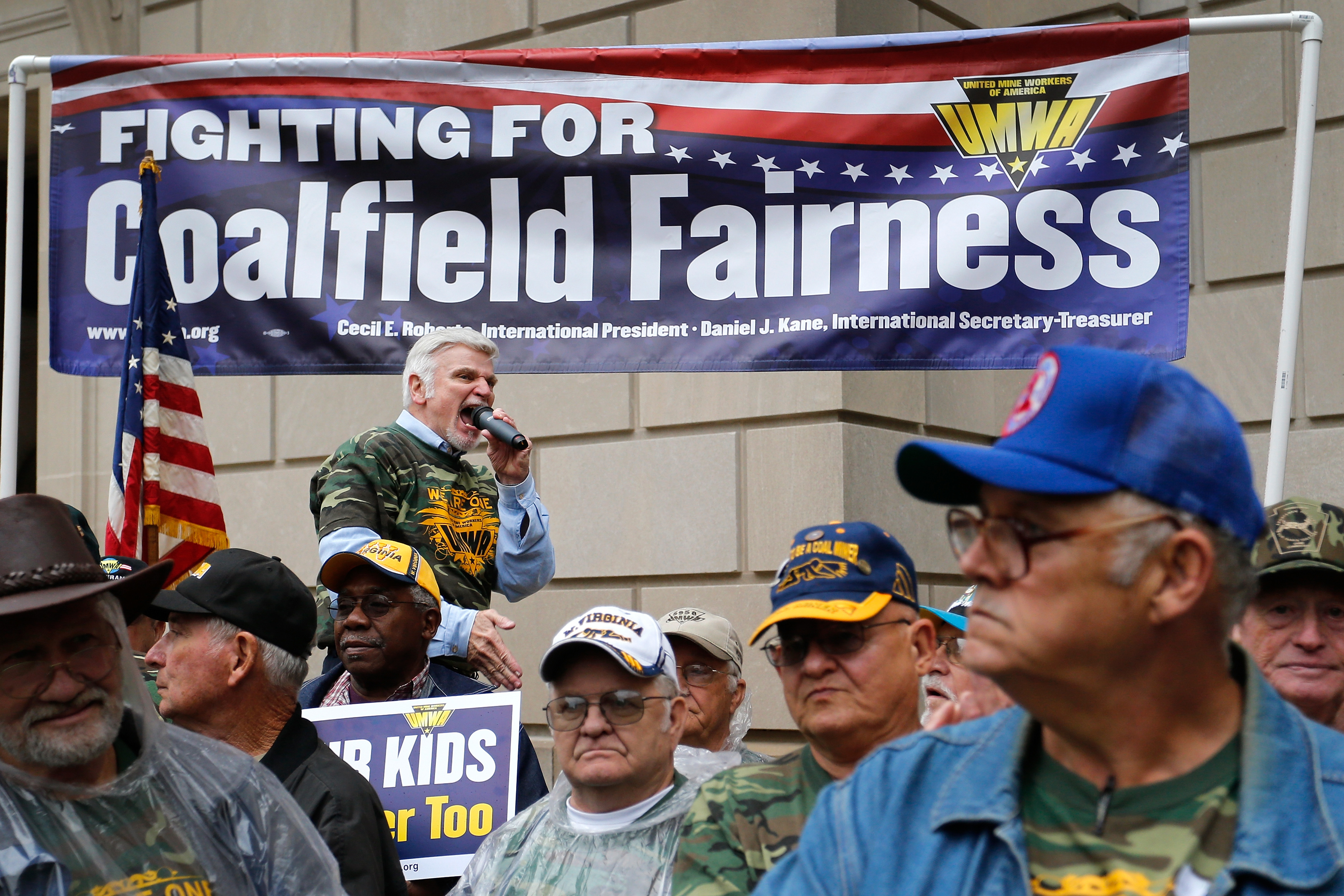 United Mine Workers of America International President Cecil Roberts (top) leads his members in a rally outside the U.S. EPA headquarters in Washington on Oct. 7, 2014. REUTERS/Jonathan Ernst.

Roberts urged Bloomberg, as well as liberal billionaire Tom Steyer, to invest in carbon capture and storage (CCS) technology that many energy experts say is needed to power demand if countries plan on meeting the Paris climate accord goals.

“His money would be much better spent on helping to more rapidly develop CCS so that it can be commercially applied in America and across the globe,” Roberts said.

“But since he apparently doesn’t have the vision to see that, he should at least team up with his buddy Tom Steyer and donate $2 billion or so to the UMWA 1974 Pension Plan, since he has been such a driving force in putting it in critical and declining status,” Roberts said. “At least then he would be doing something to help Appalachian families and communities instead of destroying them.”

Neither Bloomberg Philanthropies nor the Sierra Club responded to The Daily Caller News Foundation’s requests for comment.