Coal-fired power plants will still provide the largest share of the world’s electricity in 2040, despite numerous laws and regulations being passed in the U.S. and Europe to green their energy grids.

While coal’s share of electricity generation will shrink considerably in the coming decades, it will still provide nearly one-third of the energy people use to power their homes, factories and offices.

“Coal provides less than 30 percent of world’s electricity in 2040, versus about 40 percent in 2015,” according to energy giant ExxonMobil’s 2017 “The Outlook for Energy.” 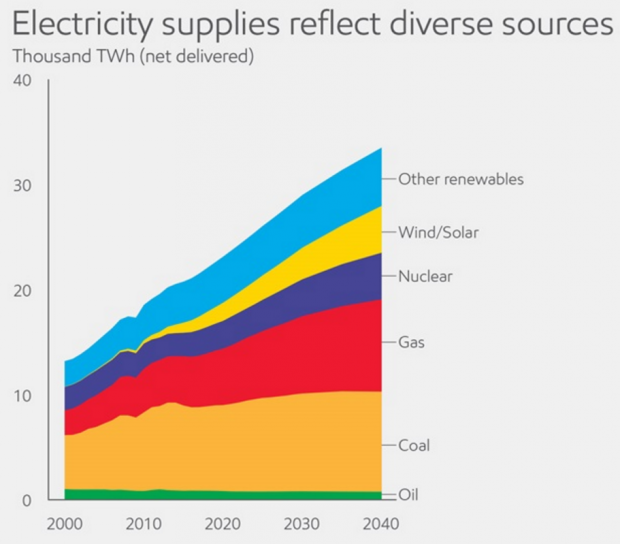 The U.S. and Europe ditched coal for more natural gas, nuclear and green energy, according to Exxon’s report, all while the world’s most energy-hungry regions become increasingly reliant on it. China, India, Southeast Asia and Africa all use more coal in 2040 than they do today.

“Coal-fired generation shrinks in OECD, but is more than offset by growth in many countries in Asia Pacific to support their rapidly expanding economies,” Exxon reports in its global outlook.

“Coal-fired electricity use grows in Asia Pacific; India’s use of coal for electricity more than doubles from 2015-2040,” Exxon notes. “China’s coal share of power generation falls; looks to nuclear, renewables and gas to meet electricity growth” though it increases in absolute terms. 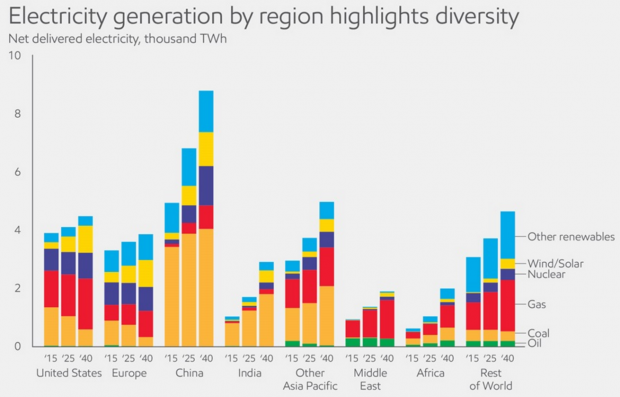 Global carbon dioxide emissions are expected to peak around 2030 and slightly decline after that as the world uses fewer carbon dioxide-intensive fuels.

China’s emissions “peak about 2030, higher than North America and Europe combined” while the rest of the world “rise about 35 percent from 2015-2040, with the share of global emissions reaching 50 percent by 2040.” 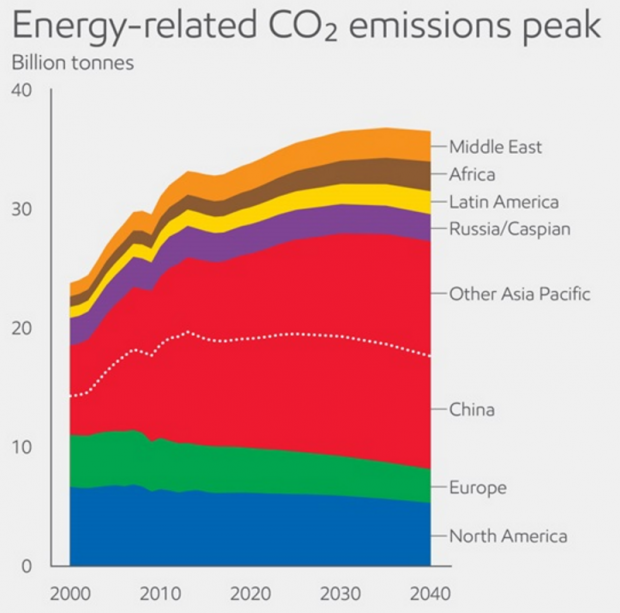 And that’s happening regardless of what the United Nations does. The Paris climate agreement got enough countries to ratify it to come into effect in 2016, but President-elect Donald Trump’s election victory has already thrown up major roadblocks to any sort of global effort to fight global warming.

Exxon seems to suggest hard economics and country-level regulations will have a bigger impact on future energy supplies than anything the UN does.