President Donald Trump dismissed former Nixon White House Counsel John Dean Monday as a disbarred lawyer and convicted felon who is on the payroll of a hostile media.

Some Democrats aren’t impressed either, wondering why Dean is addressing the Mueller report, according to the Washington Post.

“Look, John Dean’s been a loser for many years, so I’ve been watching him on one of the networks that is not exactly Trump-oriented, and I guess they paid him a lot of money over the years,” Trump reportedly told a news scrum. “No, John’s been a loser for a long time. We know that. I think he was disbarred and he went to prison. Other than that, he’s doing a great job.” (RELATED: John Dean Thinks Nixon ‘Might Have Survived’ Watergate With ‘A Fox News’)

Democrats brought the famed whistleblower who helped bring down the presidency of Richard Nixon in an attempt to find some moral equivalency between Trump and the nearly 50-year-old Watergate scandal. But Republicans on the House Judiciary Committee treated Dean’s testimony as cheap melodrama. 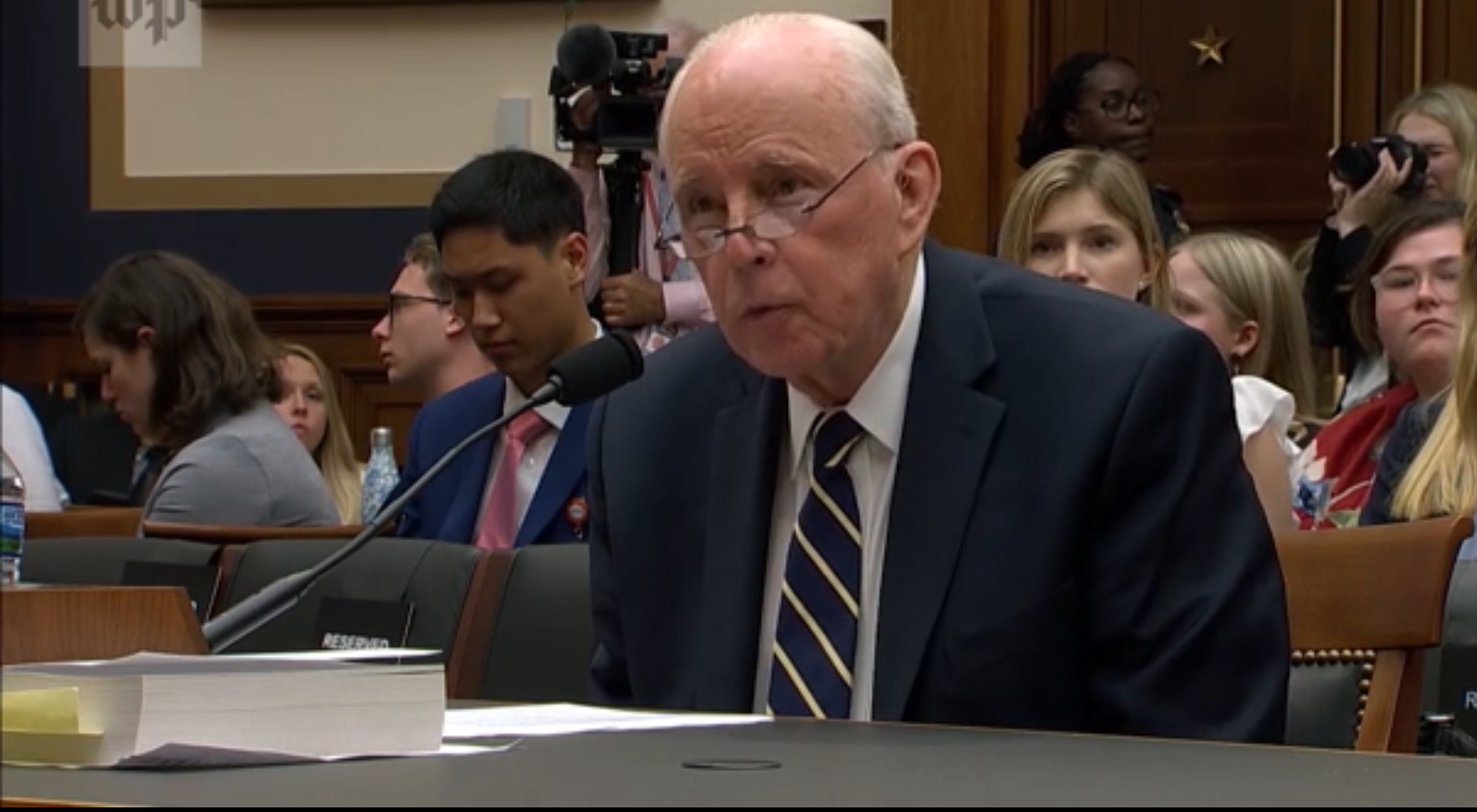 “Here we sit today in a hearing with the ghost of Christmas past because the chairman of the committee has gone to the speaker of the House and sought permission to open an impeachment inquiry and she said ‘no,'” said Florida Republican Rep. Matt Gaetz, according to the Washington Post. Gaetz even asked Dean what kind of salary he was getting from CNN — where Dean is a paid contributor.

He refused to divulge that information, though he did suggest that the current political climate resembles the atmosphere of the Nixon White House: “It’s quite striking and startling that history is repeating itself and with a vengeance — so that’s why I’ve spoken out,” Dean told the committee, according to the Post.

Since House Judiciary Chairman Jerry Nadler appears to have halted a vote of contempt against Attorney General William Barr, tensions appear to have been somewhat lessened. (RELATED: Judiciary Chair Says Trump Is Guilty of Obstruction. And He’s Thinking About Impeachment)

Reportedly, several Democratic representatives aren’t buying into the Dean strategy, saying he isn’t relevant to the investigation. They spoke anonymously, according to the to Post.