O’Rourke’s plan for “LGBTQ+ Equality,” which he released Wednesday, includes passing the Equality Act, which would amend the Civil Rights Act of 1964 to make “sexual orientation and gender identity” protected characteristics under federal anti-discrimination law.

The House passed the Equality Act in May with unanimous Democratic support, but it’s unlikely to get a vote in the Republican-controlled Senate.

“Beto will work with Congress to ensure that every person in our country is safe and respected,” O’Rourke’s plan states, pledging to get the Equality Act passed.

I just released a new plan that would ensure LGBTQ+ Americans can live openly without fear of discrimination or violence and would immediately reverse the Trump Administration’s discriminatory policies.

O’Rourke’s website states that the bill “would ensure all LGBTQ+ people may fully participate in public life without discrimination in employment, housing, and access to public spaces and services, such as retail stores and banking services,” but makes no mention of its impact on girls’ and women’s sports.

An O’Rourke campaign spokesman declined to comment on the Equality Act’s requirement that male athletes who identify as transgender girls compete on female sports teams. 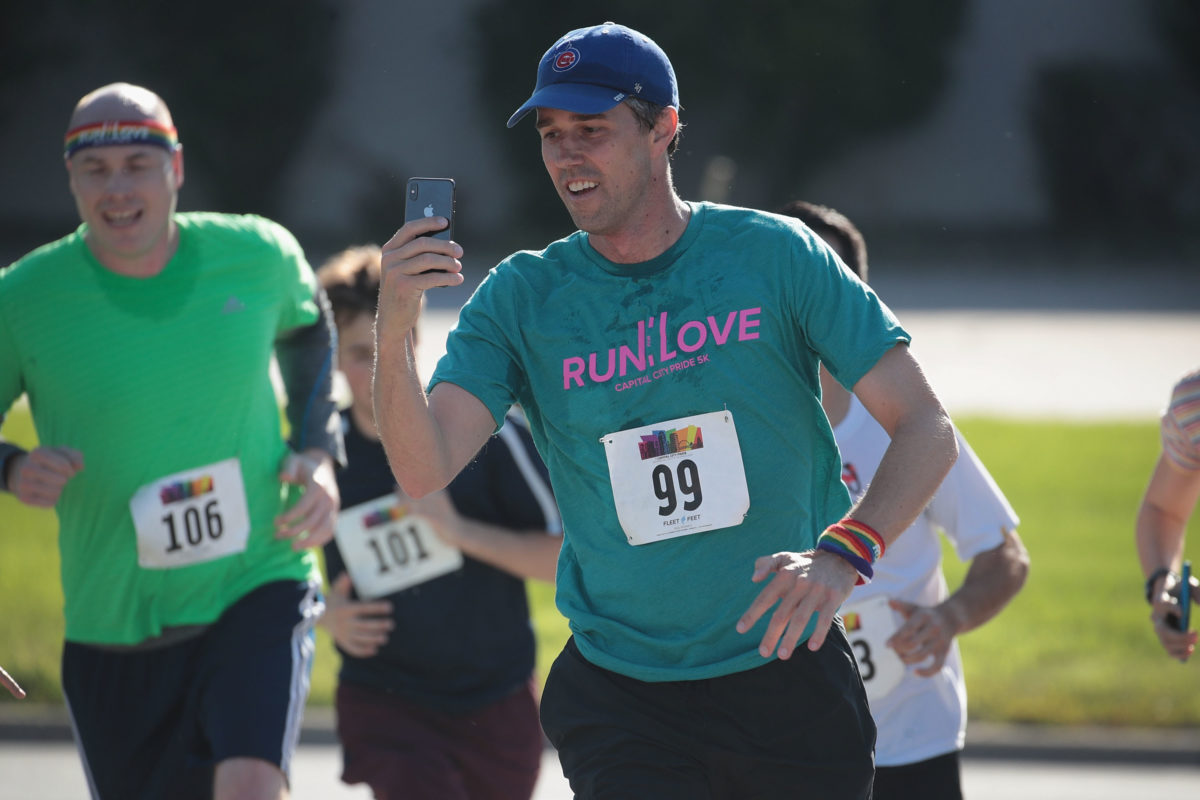 “Yet the reality is that putting male- and female-bodied athletes together is co-ed or open sport. And in open sport, females lose,” the three women warned.

“Many states have sexual orientation and gender identity nondiscrimination laws, and all of them still have women’s sports. Arguments about transgender athletes participating in sports in accordance with their gender identity having competitive advantages have not been borne out,” Nadler said at an April 2 committee hearing.

One of the states Nadler was referring to is Connecticut, where two male runners have dominated girls’ high school track. One of their female competitors called the male runners’ advantage “demoralizing.”