British former Olympic swimmer Sharron Davies said Monday that she knows of “quite a lot” of female athletes who are afraid to publicly share their concerns about biological males who identify as transgender women competing in women’s sports.

Davies told Sky News that she’s had “many” conversations with female athletes who are afraid to speak out, especially “people who are competing at the moment.”

“And that’s what I think is wrong with this debate. Why should we label someone who has a different view as you as transphobic?” she asked.

Rachel McKinnon, a transgender cyclist who won a women’s world championship in October, has attacked Davies as a “transphobe” and accused her of “sharing hate speech.”

Davies emphasized Monday that her position on transgender athletes wasn’t about bigotry, but about “the right of women to have a level playing field.”

A top-ranked runner in NCAA women’s track is dominating the competition and setting records one year after competing as a man at the same level.

High school juniors Terry Miller and Andraya Yearwood took first and second place in the state open indoor track championships Feb. 16, and are among the fastest runners in the country in the girls’ 55-meter dash. 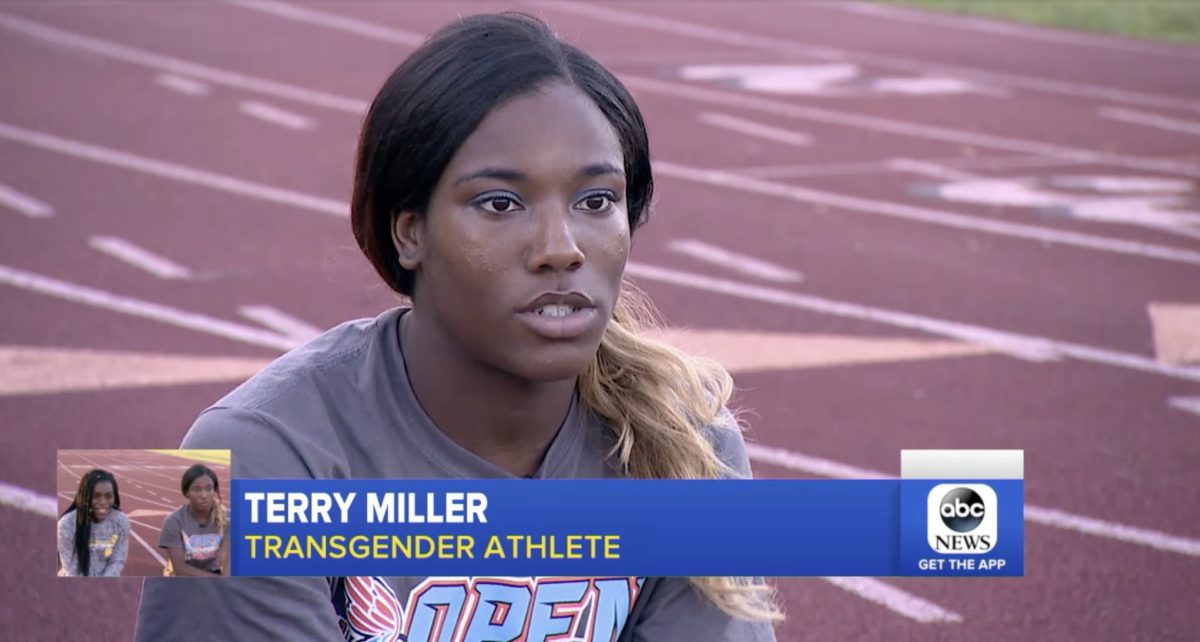 Terry Miller, a male athlete who identifies as a transgender girl, is dominating girls’ track and field in Connecticut (Screenshot/ABC)

One of their competitors, high school junior Selina Soule, told the AP it was unfair to force female runners to compete against male runners.

“We all know the outcome of the race before it even starts; it’s demoralizing,” said Soule. “I fully support and am happy for these athletes for being true to themselves. They should have the right to express themselves in school, but athletics have always had extra rules to keep the competition fair.”