The legislation, which passed the Assembly 77 to 53, ends all exemptions from vaccinations due to religious belief and amends related portions of the state’s public health law.

“This is a great step forward in protecting the public health here in New York,” Rockland County Executive Ed Day told reporters. “This law should lead to a substantial increase in vaccination rates and to improved protection of our most vulnerable residents; infants, the immunocompromised and those who have legitimate medical issues.” 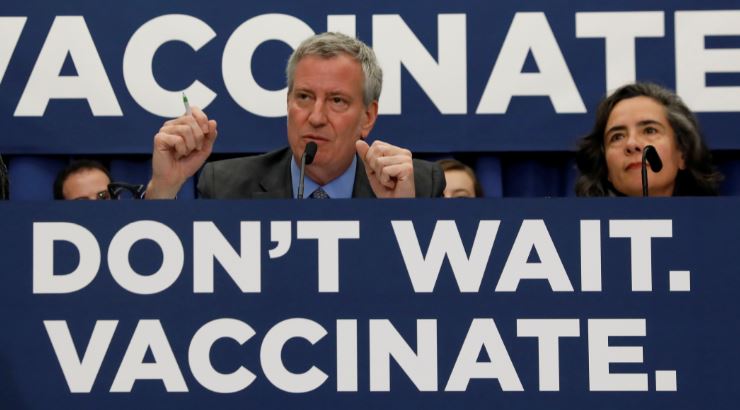 New Yorkers are generally supportive of the move to end the exceptions. A June 10 Siena College Research Institute poll showed 84% of citizens in the state would like to end religious exemptions to vaccinations, following the massive outbreak of measles in New York. Measles outbreaks have popped up in other places as well.

Vaccinations rates are low for children who attended one of Google’s child care centers in Silicon Valley. Only 49 percent of children were completely vaccinated in one Google day care center in Santa Clara County, California, where the vaccination rate for mumps, measles and rubella (MMR) was 95 percent.

A vaccination rate of 95 percent is required to create what is called herd immunization, which makes it difficult for a disease to metastasize, according to 2015 data from California public health data base. There have been 555 cases of measles in 2019, with 21 individual cases in California, according to data from the Centers for Disease Control and Prevention (CDC).