Every Democratic presidential candidate polling above 1% supports a bill that would force schools to include male athletes who identify as transgender girls on female sports teams.

The Equality Act, which passed the House in May with unanimous Democratic support, amends the Civil Rights Act of 1964 to make “sexual orientation and gender identity” protected characteristics under federal anti-discrimination law.

The bill would force public schools to expand female athletic teams to include biological males who identify as transgender girls, as both critics and supporters of the bill have acknowledged. The bill comes as male athletes have racked up victories in female sports.

With Republicans controlling both the White House and the Senate, the Equality Act has little to no chance of becoming law before the next election — but Democratic presidential candidates have pledged to make the bill a priority if they win in 2020.

The top seven Democratic presidential candidates in RealClearPolitics’ running average of primary polls have all publicly endorsed the legislation.

Former Vice President Joe Biden, the frontrunner, said passing the Equality Act would be his top legislative priority if elected.

Biden said the bill “is long overdue, and will ensure LGBTQ Americans are treated with the dignity and respect they deserve.” 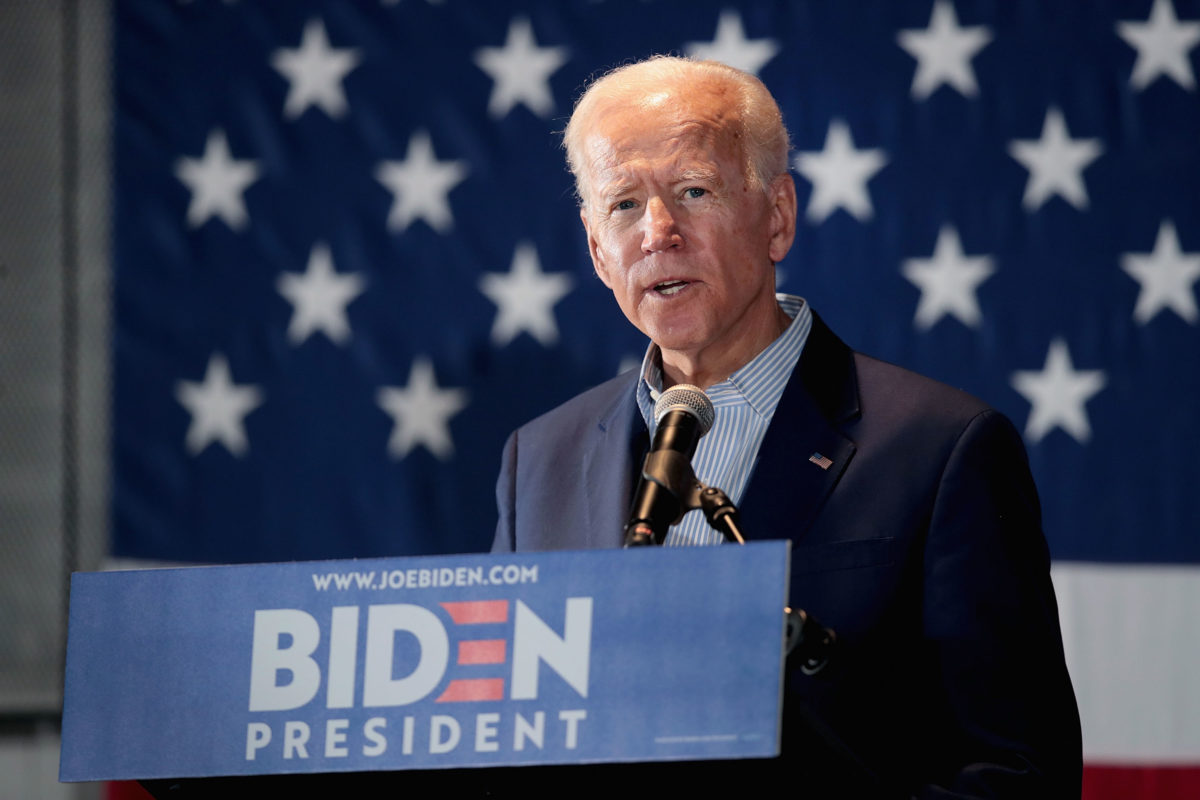 Vermont Sen. Bernie Sanders, who is polling second behind Biden, co-sponsored the Senate version of the Equality Act and included the bill in his presidential platform.

Massachusetts Sen. Elizabeth Warren also co-sponsored the bill and pledged to “fight tooth and nail” to get it passed if elected.

South Bend Mayor Pete Buttigieg said he strongly supports the Equality Act and called the bill’s passage in the House “a historic moment for equal rights in America.” Buttigieg is polling fourth in the RealClearPolitics average. (RELATED: Here Are The Radical Policies Democrats Are Putting On The Table For 2020)

Thanks to the work of thousands of activists, organizers, and voters, the Equality Act has in passed the House. This is a historic moment for equal rights in America. Now the bill goes to the Senate, and the time to call your Senator is now: (202) 224-3121

California Sen. Kamala Harris co-sponsored the Senate bill, describing its passage as “a pivotal part in ending homophobia and transphobia and moving our culture forward to be more inclusive and respectful.”

The Equality Act is prominently featured in Texas Rep. Beto O’Rourke’s plan for “LGBTQ+ Equality,” which he released earlier in June. O’Rourke pledged to get the bill passed into law if he is elected.

Sen. Cory Booker of New Jersey also co-sponsored the Equality Act in the Senate, and publicly signed onto a petition singer Taylor Swift launched in support of the bill.

A spokesman for O’Rourke’s campaign declined to comment on the Equality Act’s interference in girls’ sports. The other six Democratic campaigns did not return requests for comment.

None of the other Democratic presidential candidates are polling above 1% in the RealClearPolitics average.