Mastercard will allow individuals to use a name other than their legal name on their credit card, the company announced Monday.

The move is aimed at allowing trans people and non-binary people to use a card that displays their “true name” as opposed to their “dead name.”

The company says the change will “ease a major pain point,” as 32 percent of people who have shown IDs with a name or gender at odds with their appearance have reported negative experiences.

To promote the change, the company produced a video featuring trans and non-binary customers receiving a Mastercard displaying their new name.

“It puts me in a place where I feel like I’m in danger,” one customer who was interviewed said of their experience using a credit card with a legal name.

Mastercard says they are developing the process that will allow customers to attain a non-legal name on a card. They say it will be “a sensitive and private process free of personal questions.”

Mastercard did not respond to comment on whether their process would prevent people from arbitrarily changing their name or changing it for fraudulent purposes.

The Department of Insurance, Securities and Banking for Washington DC’s government, which implements anti-fraud programs, told the Daily Caller “Whether this effort leads to increased fraud will, likely, depend on how it is implemented.” 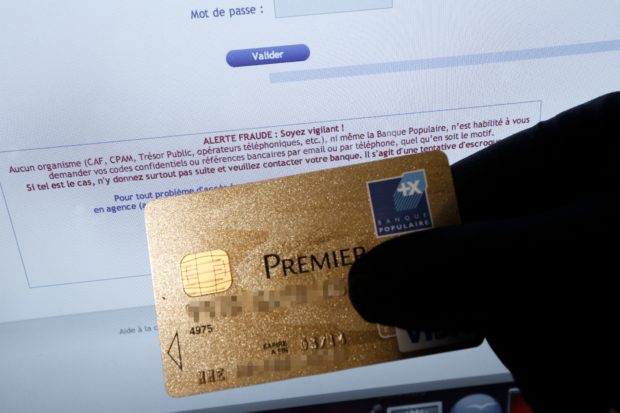 There were 133,015 reports of credit card fraud in 2017, according to the Federal Trade Commission. (Valery Hache/AFP/Getty Images)

“The [Mayor Muriel] Bowser Administration has consistently supported efforts to combat discrimination faced by the LGBTQ community,” the Department noted, and thus “appreciates Mastercard’s initiative and its intent behind the True Name card effort.”

Sometimes a cashier asks to verify someone’s card against their ID. However, Mastercard has a rule in place that individuals cannot be stopped from using a card if they do not show ID.

The “True Name” announcement is part of Mastercard’s #AcceptanceMatters initiative. The other facet of the company’s initiative is a sign in New York City that displays various sexual and gender identities.

This installation is a literal sign that everyone deserves to be accepted no matter what. #AcceptanceMatters pic.twitter.com/Nu8gHkBUaQ

“We are allies of the LGBTQIA+ community, which means if we see a need or if this community is not being served in the most inclusive way, we want to be a force for change to help address and alleviate unnecessary pain points,” Randall Tucker, Chief Diversity and Inclusion Officer for Mastercard, said in the press release.

American Express, Discover, and Visa require customers to send or bring in copies of state-issued documents to change the name on their credit card.