Viganò, who is the former apostolic nuncio to the United States from the Vatican, told Italian journalist Marco Tosatti in a Saturday interview he had received allegations that Rossi had sexually molested students from the neighboring Catholic University of America (CUA).

“I can say that, while I was a nuncio in the United States, I received the documentation that states that Msgr. Rossi had sexually molested male students at the Catholic University of America,” the former nuncio told Tosatti.

He said “the Vatican, in particular Cardinal Parolin, is well aware of the situation of Msgr. Rossi, as is Cardinal Wuerl.” (RELATED: Letters Suggest Vatican Imposed Lax Restrictions On McCarrick For Alleged Sex Abuse Since 2008)

Rossi is the rector at the Basilica of the National Shrine of the Immaculate Conception on the campus of CUA in Washington, D.C. He is also on the Board of Trustees at CUA, according to its website.

CUA told The Daily Caller News Foundation in a statement it has not received any allegations against Rossi.

“While we are aware of recent media reports regarding Msgr. Rossi, we have not received any allegations of sexual misconduct against him,” the university told TheDCNF.

The Basilica of the National Shrine of the Immaculate Conception and the Vatican did not immediately respond to requests for comment from TheDCNF. 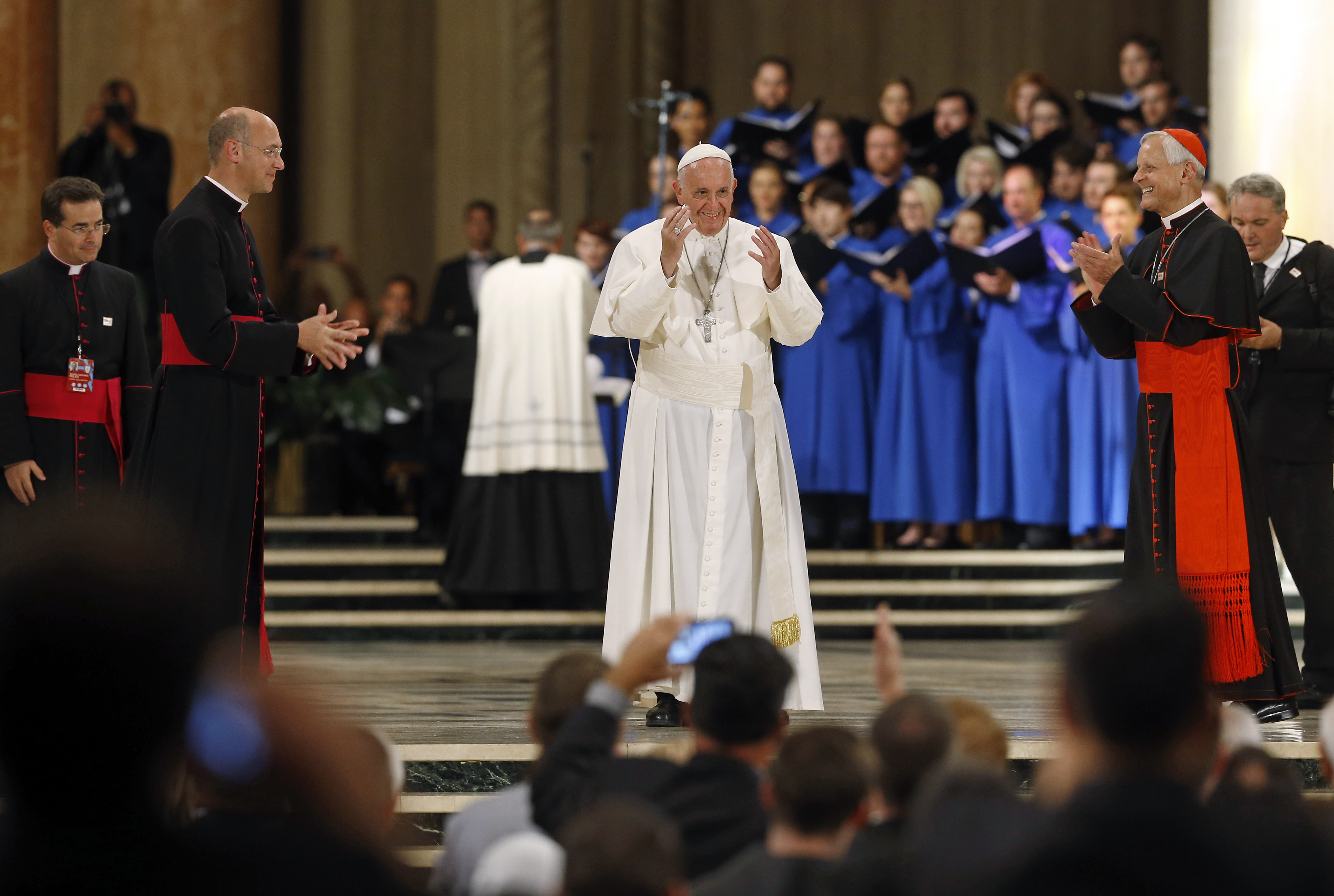 Viganò has also alleged Pope Francis knew of ex-Cardinal Theodore McCarrick’s alleged sexual misconduct but chose to ignore it and instead allow him to continue.

Vigano’s comments follow a report from McCarrick’s former secretary, Monsignor Anthony Figueiredo, that contains information on McCarrick’s alleged sexual misconduct. Accusations that higher-ups in the Vatican have known about the allegations for years are raising concerns about accountability within the clergy.

Pope Francis said in early June he knew nothing about McCarrick’s alleged sexual misconduct, and that before an investigation revealed the accusations, he “knew nothing [and had] no idea” about them.

His statements raised concerns as the letters released by Figueiredo, former secretary to McCarrick, suggest Vatican officials might have been aware of claims concerning McCarrick’s alleged misconduct, as well as his punishment and subsequent continued public profile.

The letters and emails in Figuerido’s report suggest Vatican officials placed restrictions on McCarrick as early as 2008, but failed to enforce these restrictions and allowed him to continue his high-profile work.

The Congregation for the Doctrine of the Faith declared McCarrick guilty in February of “solicitation in the Sacrament of Confession, and sins against the Sixth Commandment with minors and with adults, with the aggravating factor of the abuse of power,” according to a Vatican statement. He was also defrocked.

The letters also suggest former Cardinal Donald Wuerl was made aware of the restrictions, although Wuerl has several times denied the accusation. Wuerl resigned from his position in October 2018.