An ideologically divided Supreme Court delivered a victory for property owners Friday, over a vigorous dissent from Justice Elena Kagan that accused the conservative majority of smashing “a hundred-plus years of legal rulings to smithereens.”

The dissent noted Friday’s case was the second time this term that the conservative justices have overturned a controlling precedent, prompting Kagan to ask, forebodingly, which precedent the high court will overrule next.

“Just last month, when the Court overturned another longstanding precedent, Justice [Stephen] Breyer penned a dissent,” Kagan wrote. “He wrote of the dangers of reversing legal course ‘only because five members of a later Court’ decide that an earlier ruling was incorrect. He concluded: ‘Today’s decision can only cause one to wonder which cases the Court will overrule next.'”

“Well, that didn’t take long,” Kagan added. “Now one may wonder yet again.”

Kagan was referencing Breyer’s May dissent in Franchise Tax Board of California v. Hyatt, which asked whether states are immune from lawsuits in the courts of other states. In Hyatt, the five-justice conservative majority overturned a 1979 decision and said the states do indeed have sovereign immunity in the courts of their sister states.

Friday’s property rights dispute arose when a small town in Pennsylvania adopted an ordinance requiring that cemeteries “be kept open and accessible to the general public during daylight hours.” The town told Rose Mary Knick, whose 90-acre property includes a small family cemetery, that she must comply with the rule. Knick sued, saying the ordinance violates the takings clause of the Constitution. The takings clause says the government must compensate property owners for any land seized for public use. 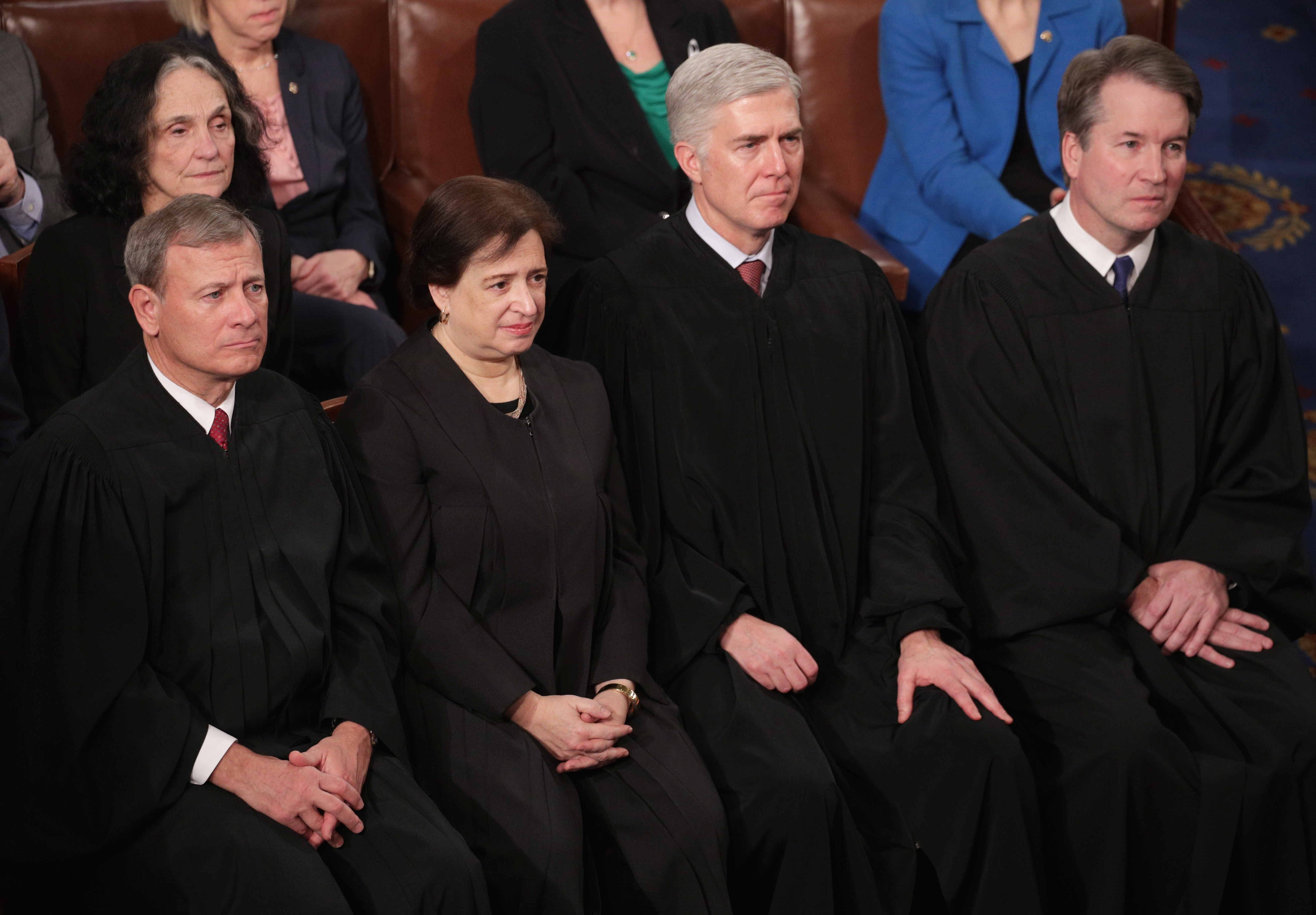 Writing for the majority, Chief Justice John Roberts said the Williamson County decision was wrong and Knick can go to a federal judge right away.

“Williamson County was not just wrong,” the chief wrote. “Its reasoning was exceptionally ill founded and conflicted with much of our takings jurisprudence.”

The Williamson County ruling, Roberts said elsewhere, imposes “an unjustifiable burden on takings plaintiffs, conflicts with the rest of our takings jurisprudence, and must be overruled. A property owner has an actionable Fifth Amendment takings claim when the government takes his property without paying for it.”

The chief justice noted the Court considers several factors when deciding to overrule a prior decision. In that connection, he cited the 2018 Janus v. AFSCME decision, which said government unions cannot force non-members to pay so-called agency fees. The citation to Janus drew a sharp rebuke from Kagan.

“If that is the way the majority means to proceed — relying on one subversion of stare decisis to support another — we may as well not have principles about precedents at all,” Kagan wrote. “Stare decisis” is a Latin legal term meaning “to stand by things decided.” Janus overturned the 1977 Abood v. Detroit Board of Education ruling.