The law at issue authorizes heightened penalties for individuals who use firearms to a commit a “crime of violence.” In dissent, Justice Brett Kavanaugh warned the decision would undermine public safety.

“Only the people’s elected representatives in Congress have the power to write new federal criminal laws,” Gorsuch wrote in the majority opinion. “And when Congress exercises that power, it has to write statutes that give ordinary people fair warning about what the law demands of them.”

“Vague laws transgress both of those constitutional requirements,” Gorsuch added. “They hand off the legislature’s responsibility for defining criminal behavior to unelected prosecutors and judges, and they leave people with no sure way to know what consequences will attach to their conduct.”

Monday’s case involved defendants Maurice Davis and Andre Glover, who were charged and convicted with robbery and conspiracy arising from a string of gas station robberies in Texas in June 2014. Prosecutors also charged the pair under the heightened penalty law because they brandished a short-barreled shotgun in the course of those robberies.

The Supreme Court said Monday that the definition of “crime of violence” was too ill-defined to be constitutional. Under the heightened penalty law, a crime of violence is any offense that “by its nature, involves a substantial risk that physical force against the person or property of another may be used.”

When deciding whether an offense “involves a substantial risk” of force under the heightened penalty law, the courts do not look to the specific facts of the crime before them. Instead, they must estimate whether violence is likely in the ordinary commission of that crime. That kind of analysis, called the “categorical approach,” has been called unpredictable and arbitrary in closely related contexts, Gorsuch noted.

The government’s reading created an additional problem, Gorsuch said, because it would expand the reach of the heightened sentencing law in ways Congress may not have intended. (RELATED: Racial Bias Runs Deep In Supreme Court’s Latest Decision) 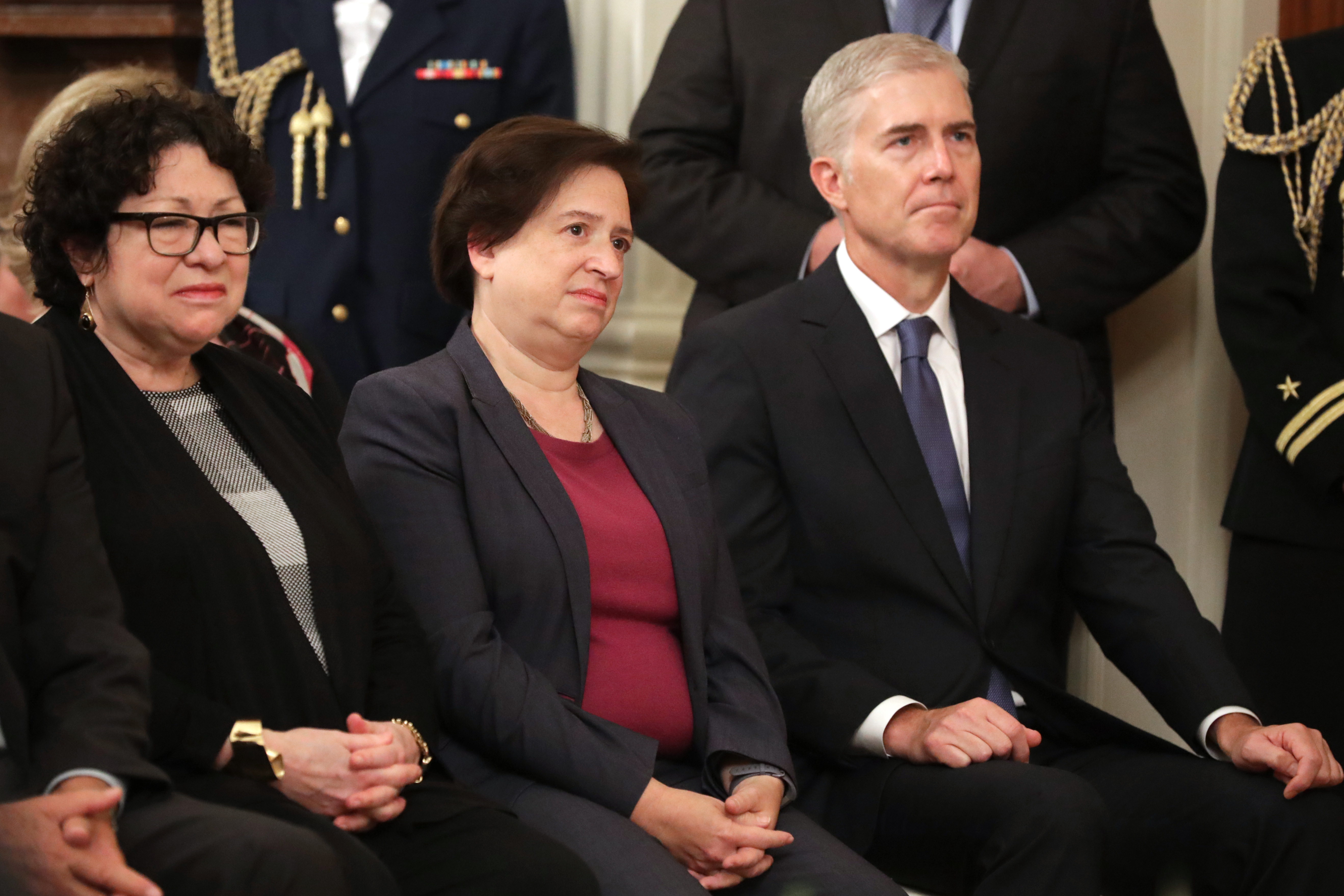 Davis and Glover faced prison sentences of 41 years and 50 years respectively. Those penalties will likely be revised. Monday’s decision does not disturb their robbery and conspiracy convictions.

Gorsuch has joined his liberal colleagues to strike down vague statutes before — he provided the fifth vote in April 2018 to overrule a provision of the Immigration and Nationality Act that permits deportation of an alien convicted of an aggravated felony. The list of convictions that qualified as an aggravated felony included a catchall provision the justices said was too imprecise.

The law at stake Monday was similar to the provision the Court struck down in the 2018 INA case, Gorsuch said. Both decisions followed directly from the 2015 Johnson v. U.S. decision, in which the late Justice Antonin Scalia led the Court in finding that a section of the Armed Career Criminal Act (ACCA) defining “violent felonies” was unlawfully vague.

Kavanaugh, Gorsuch’s fellow Trump appointee, led the conservatives in dissent, saying the provision had been applied in tens of thousands of cases without issue.

“The Court’s decision will thwart Congress’ law enforcement policies, destabilize the criminal justice system, and undermine safety in American communities,” Kavanaugh wrote. His dissent includes a list of past offenders who could now avoid conviction under the heightened penalty law or secure early release. They including one man who used a molotov cocktail to firebomb the Irish Ink Tattoo Shop in Las Cruces, New Mexico and another who used threats of violence to maintain his position in the Annapolis, Maryland sex trade.

During oral arguments in Monday’s case, Kavanaugh noted Congress adopted the heightened penalty law against a backdrop of devastating gun violence. As such, he did not agree that there were fair notice issues of the sort Gorsuch identified.

“If you commit a crime with a gun, you’re going away for a long time,” Kavanaugh said. “That was Congress’s obvious intent.”

“I’m not seeing the notice problem, given that that has been crystal-clear since 1986 for everyone in this country,” he added.