A bundle of Trump transition documents detailing “red flags” on candidates for official positions came to light Monday when Axios published them.

“One surprise is that [President Donald] Trump was willing to meet with, and in some cases select, people who had said the most horrible things about him. The vetting team put these insults at the top of the documents,” Axios wrote when announcing the document dump Monday morning.

In all, the documents examined the “red flags” and “political vulnerabilities” of more than 40 people. (RELATED: Here Are The ‘Red Flags’ Trump Officials Compiled On John Bolton)

For example, the dossier on Bolton pointed out his criticism of Trump’s NATO remarks in July 2016, saying they encouraged Russian aggression and were “a dagger at the heart of the most successful military/political alliance in human history.” 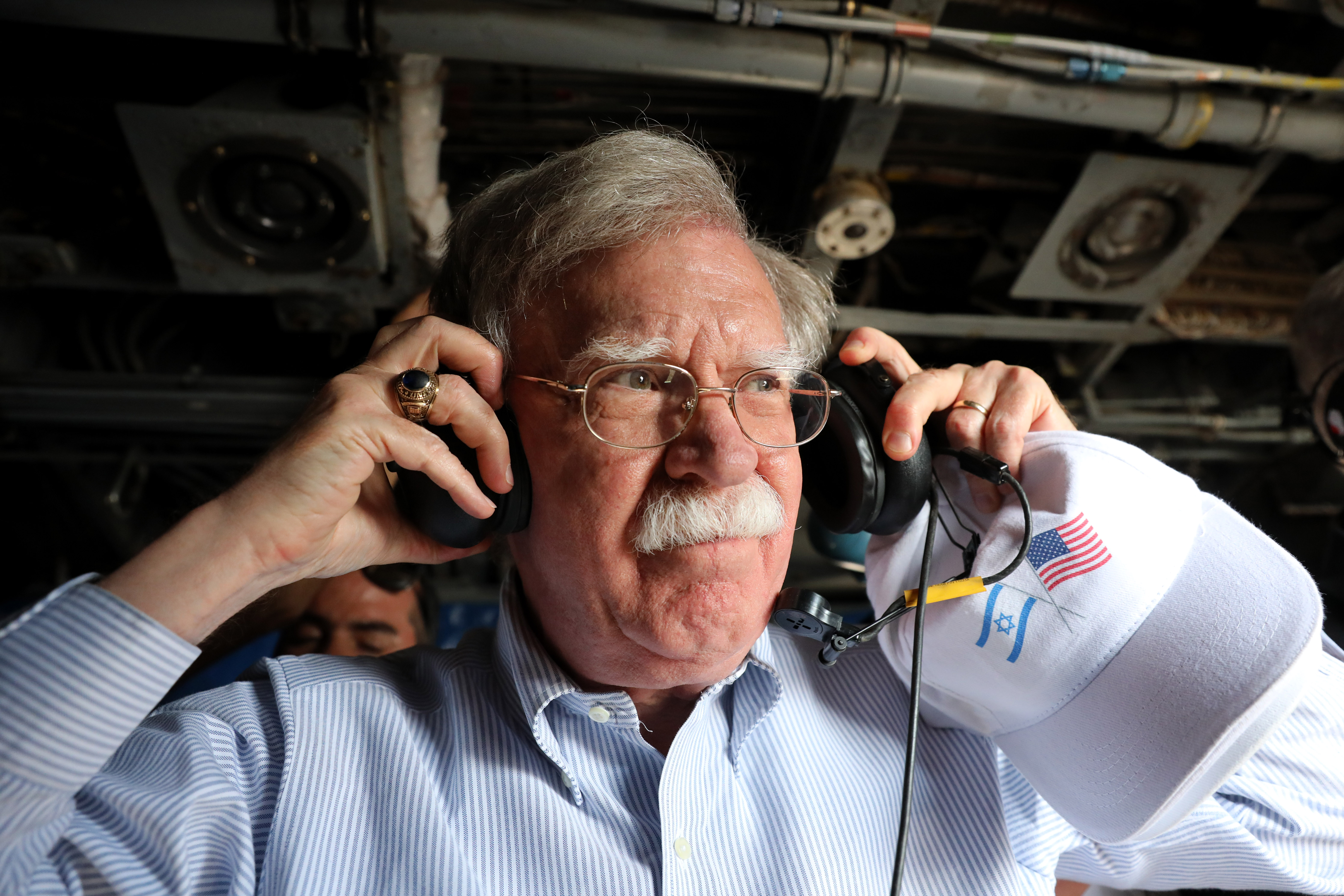 US National Security Advisor John Bolton grabs ear protectors during a flight over the Jordan Valley between the Israeli city of Beit Shean and the West Bank Palestinian city of Jericho on June 23, 2019. (Photo by ABIR SULTAN / POOL / AFP) (Photo credit should read ABIR SULTAN/AFP/Getty Images)

The dossier also raised concern that Bolton referred to former president Barack Obama’s foreign policy as “limp-wristed” since that term can be interpreted as a slur against gay men.

Other red flags on potential members of the administration included:

Neither Bolton, Kobach, Mnuchin nor Branstad responded to its requests for comment, Axios said. Some of the subjects of the dossiers weighed in, however. For instance, although Trump’s former Homeland Security Adviser Tom Bossert was recorded as having no “potential red flags,” he took issue with the dossier’s characterization that he “wrote that the U.S. war in Iraq was the right decision.”

“I challenge the transition staff’s characterization of my Iraq War editorial. The author wrongly concludes from my OpEd that the ‘U.S. War In Iraq Was The Right Decision.’ In fact, that demonstrates the author’s incompetence, inability to comprehend complex thoughts, or malicious motive (or all three),” Bossert told Axios.

Other dossier subjects emphasized how old some of the red flags were. Education Sec. Devos took issue with media focusing on “old items about other members of her family,” while Agriculture Sec. Sonny Perdue said, “These are old recycled newspaper stories.”