The Michigan GOP Headquarters was vandalized with explicit graffiti twice in two separate incidents on Saturday morning and Monday night, according to a press release from the group.

“FUCK ICE” was spray painted prominently on the front of the building Saturday, the statement said. Another overnight attack Monday left an additional “FUCK ICE” message in conjunction with multiple “FUCK COX” statements, degrading the current chair of the Michigan GOP, Laura Cox. A campaign sign for John James, a Republican who recently announced a senate bid, was also defaced. 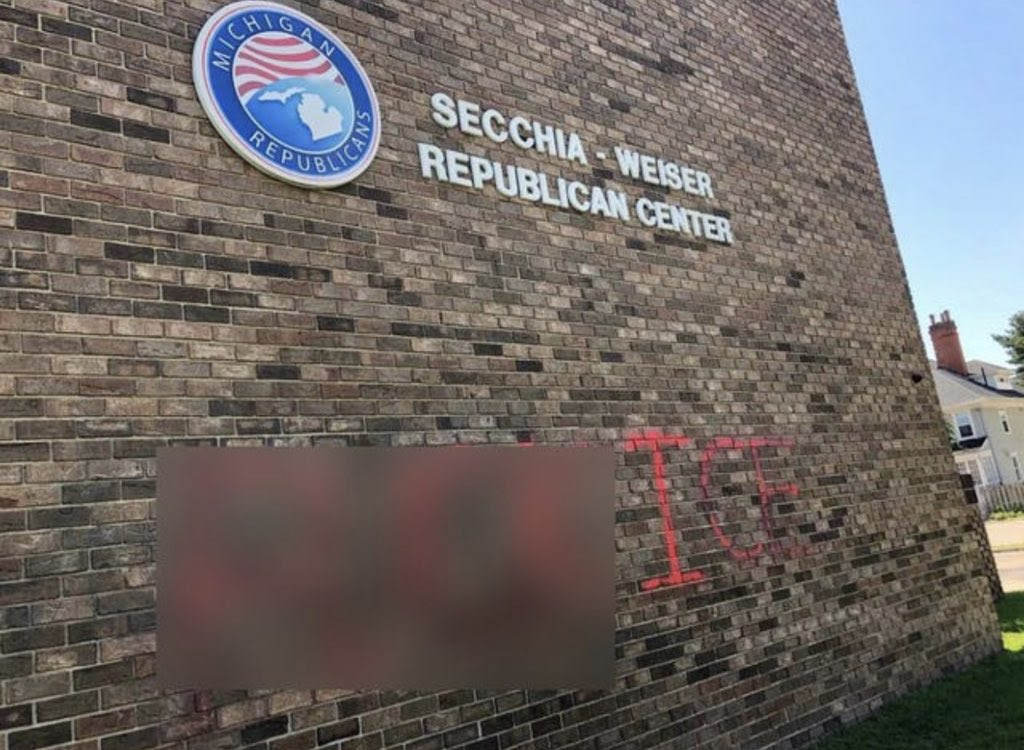 Graffiti left on day one of the vandalism attacks (Source: Michigan GOP/Tony Zammit) 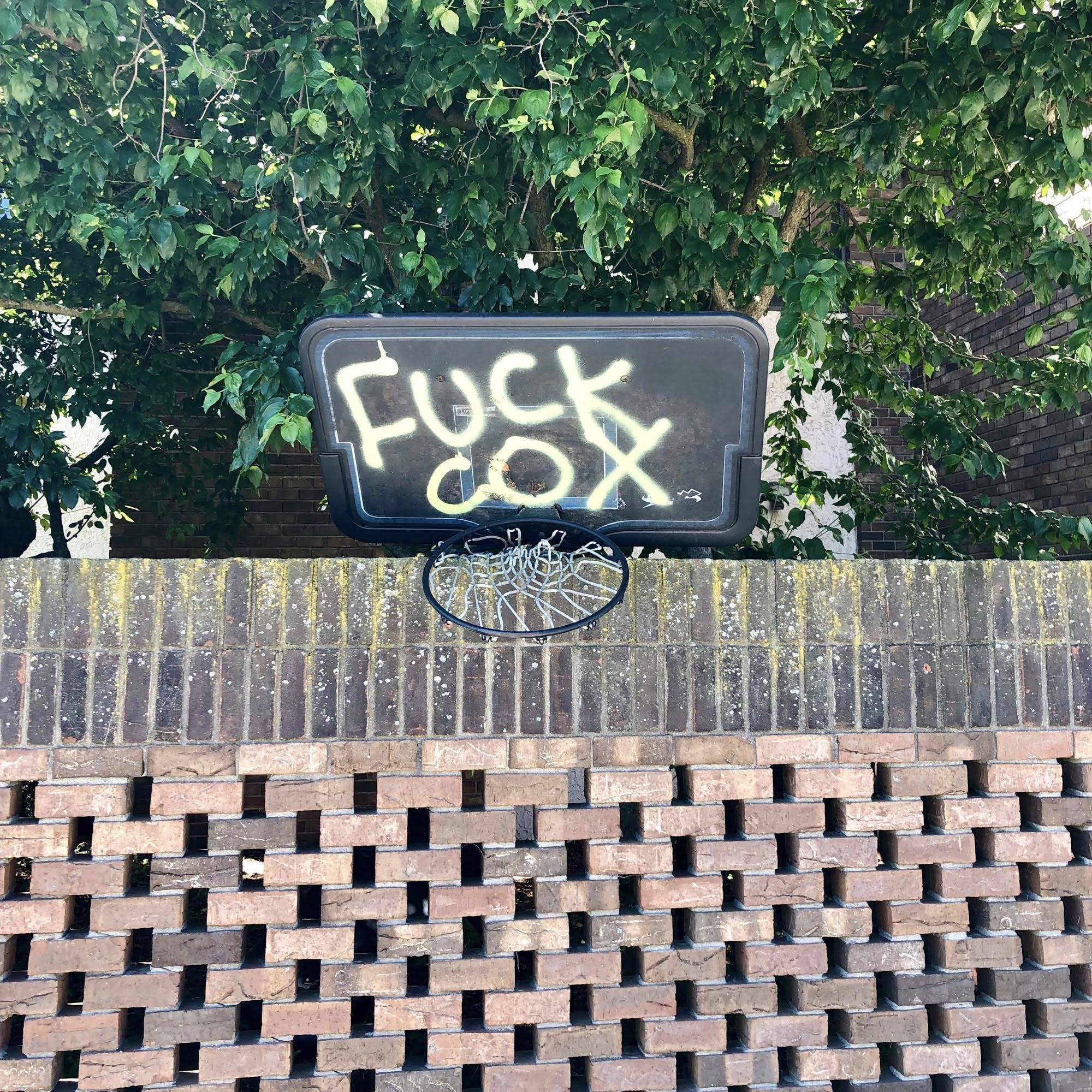 Cox was an ICE agent before she entered the political arena. It is alleged that her past in immigration enforcement may have sparked this explicit affront, Tony Zammit, Michigan GOP spokesman, told The Daily Caller News Foundation. (RELATED: The Drive To Abolish ICE: Contempt For Law Masquerading As Social Justice)

“Like children who don’t get their way, these criminals seek to bully those they disagree with, rather than engage in a civil discussion,” Cox said in a the press release, “These radical thugs choose to intimidate through graffiti and anonymous nighttime attacks, rather than contest their ideas in the press, in the public square and in the polling places.” 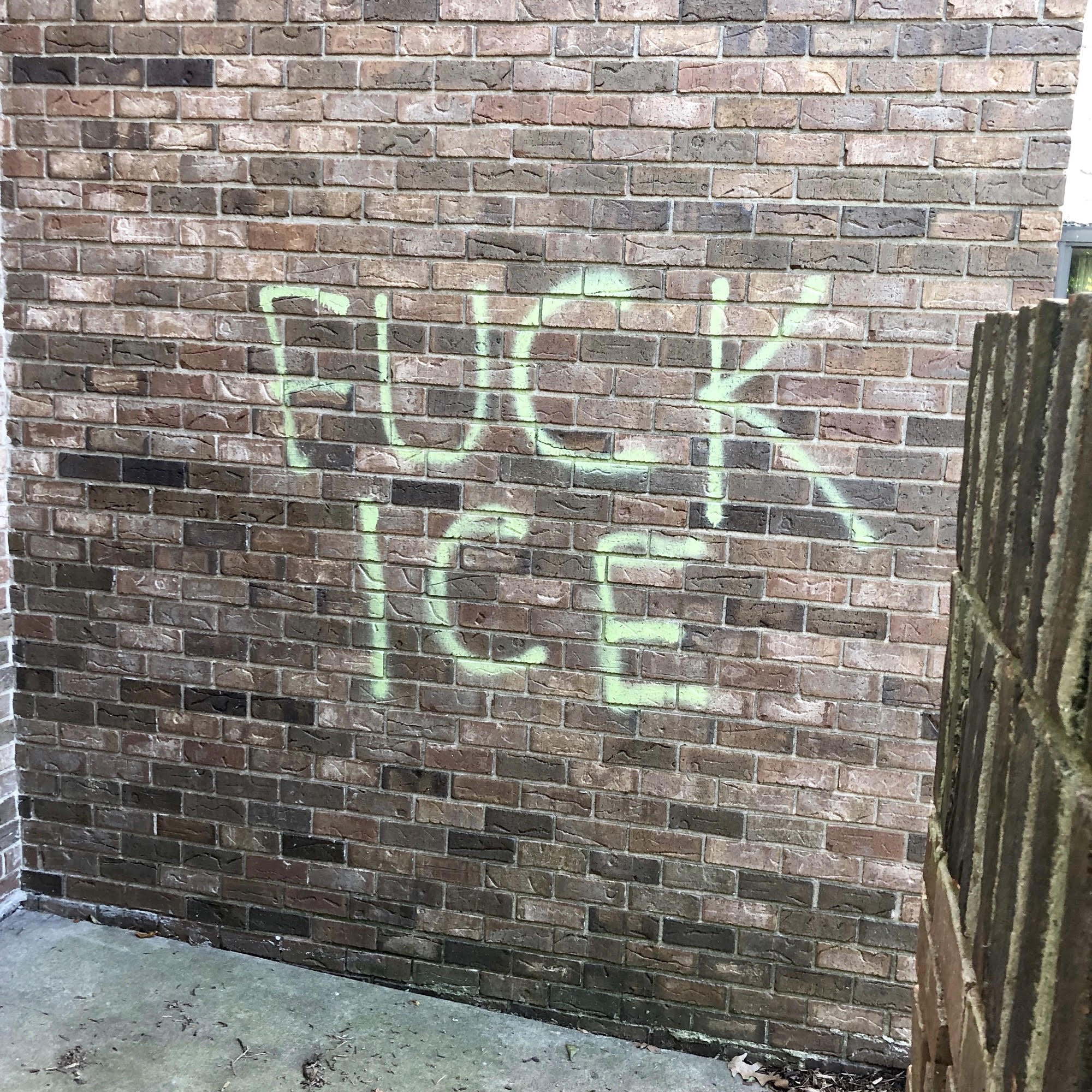 Ronna McDaniel, the chairwoman for the Republican National Committee, was the former chair of the Michigan GOP. She expressed her outrage on Twitter and stood with Cox, saying, “Instead of senseless vandalism and rhetoric comparing ICE detention facilities to concentration camps, Democrats should work to secure our border and reform our broken immigration system.”

Instead of senseless vandalism and rhetoric comparing ICE detention facilities to concentration camps, Democrats should work to secure our border and reform our broken immigration system.https://t.co/SjuPfSHZCO

Michigan GOP security cameras have caught, but have not identified a lone individual defacing property on both days. It is so far not certain that the same vandal is responsible for the two attacks, Zammit told the DCNF.

“We will continue to fight for our beliefs, and for our President who is attacked for defending our nation’s right to secure its borders,” Cox said, “In the face of these cowardly acts, I know the citizens of Michigan will defend the right to free speech, and defend those men and women who protect us along the borders of our Great Nation like my former colleagues in ICE.”

Cox served proudly in ICE for 13 years, fighting drugs, crime and fraud. She’s, “always had a desire to serve and serve in different ways,” she told the DCNF in an interview.

“These folks (ICE) are going out every day, putting their lives on the line,” she said, “To vilify the brave men and women that do this every day to make this country safe, it’s just absolutely wrong and unacceptable.”