The Department of Homeland Security revealed just how common “fraudulent families” are among the thousands of illegal immigrants reaching the U.S.-Mexico border every month.

“Beginning in April 2019, [Homeland Security Investigations] dedicated over 400 personnel to assist [Customs and Border Protection] in combating this issue. HSI interviewed teams to interview persons suspected of attempting entry by fraud – including as part of a fraudulent family unit,” Gregory Nevano said Wednesday before members of the House Homeland Security Committee.

Nevano serves as the Assistant Director for Investigative Programs for Homeland Security Investigations (HSI). HSI agents specialize in criminal investigations related to national security threats, working to uncover human smuggling, child exploitation, drug smuggling and other criminal activity. Many HSI agents have been deployed to the southern border to help detect illegal immigrants who are lying about their familial relationships in order to take advantage of U.S. laws.

HSI agents have uncovered a massive amount of fraud in the short time they’ve been deployed. To date, according to Nevano, agents have uncovered 316 fraudulent families, 599 bogus documents and his agency has presented 629 different people to the Justice Department for various criminal violations.

Investigators have identified additional fraud since implementing a DNA testing program on illegal immigrant adults who arrive with young kids that they claim to be their children.

“During this operation, a total of 84 family units were DNA tested after providing consent. Sixteen family units were found to be fraudulent during the testing. About half of the confirmed fraudulent family units were identified prior to DNA testing when the adult alien recanted their claim of a familial relationship when asked to consent to the test,” Nevano said to lawmakers on Wednesday.

The surge of fake families appearing before Border Patrol is fueled by human smugglers who are profiting off illegal aliens hoping to reach the U.S. interior. A 51-year-old Honduran national, for example, admitted he actually was not the father of a child that had accompanied him, and had actually paid $84 to bring the child along with him to the border. 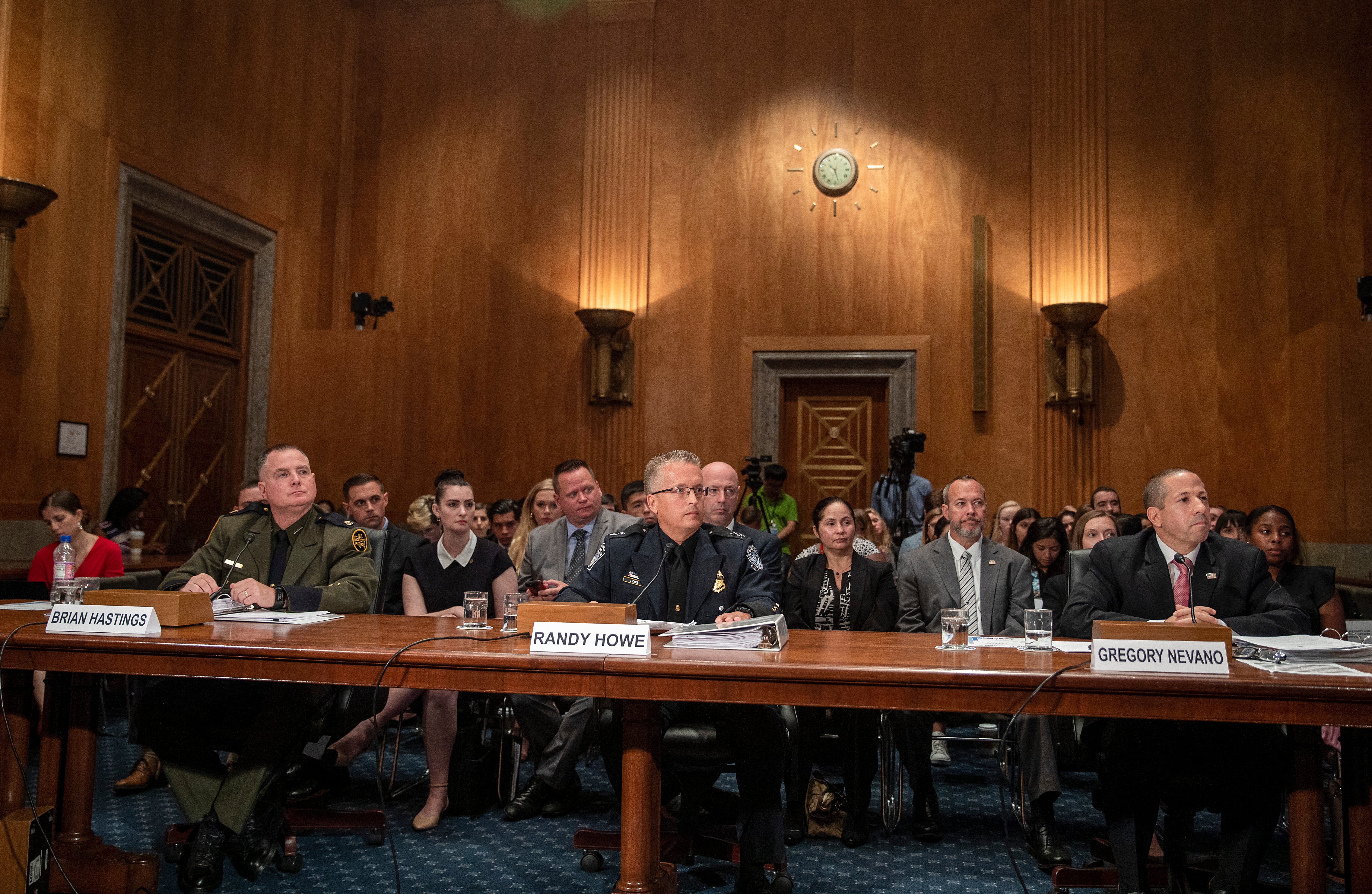 HSI also began tracking family units in May who entered the U.S. and subsequently left. Agents discovered that a number of the alleged children have since departed to Central America via commercial airlines with unrelated adults. HSI is determining whether these children are involved in child smuggling rings — recycled in and out of the U.S. to exploit loopholes in the U.S. immigration system.

Across the southwest border, there are around 12,000 to 13,000 illegal immigrants in Border Patrol custody on a typical day, Border Patrol chief Brian Hastings said to lawmakers on Wednesday. This is despite the fact that the agency is only built to hold around 4,000 in custody.