The U.S. and China fulfilled expectations that the countries would agree to resume trade talks after President Donald Trump met with Chinese leader Xi Jinping at the G20 summit in Osaka, Japan, on Saturday.

Trump said the U.S. would not levy an additional $300 billion in tariffs on Chinese products, at least while talks are ongoing. He also said he would let American companies continue to work with Chinese telecom giant Huawei, which BBC characterized as a “move seen as a significant concession.”

“We discussed a lot of things, and we’re right back on track,” Trump told reporters, according to The New York Times. (RELATED: Trump Floating More China Tariffs If Xi Doesn’t Sit Down At G20) 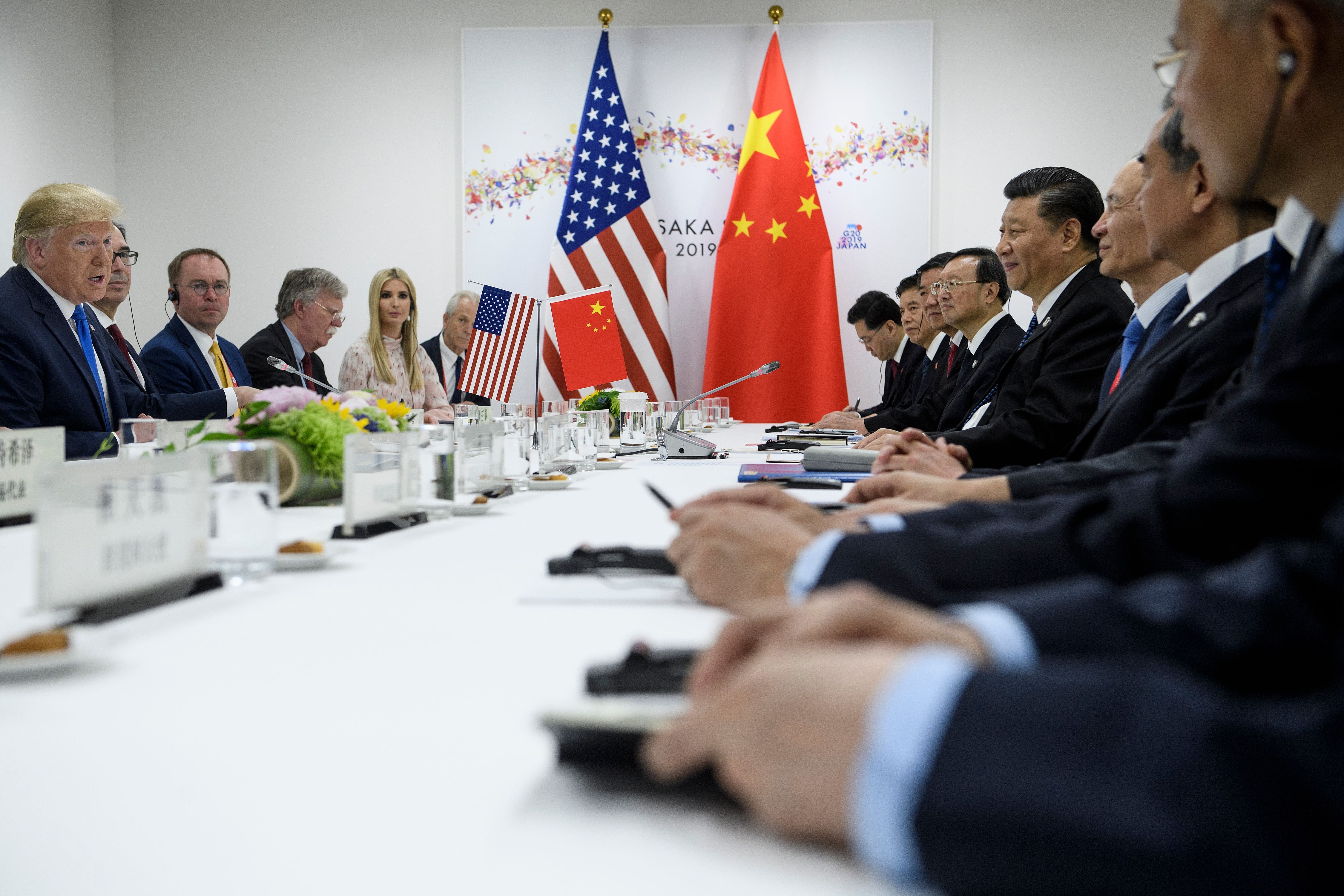 US President Donald Trump and China’s President Xi Jinping attend a bilateral meeting on the sidelines of the G20 Summit in Osaka on June 29, 2019. (BRENDAN SMIALOWSKI/AFP/Getty Images)

The seemingly temporary truce comes after Trump said Monday he was considering slapping China with more tariffs if Xi did not meet with him during the G20 summit.

This isn’t the first time a trade truce has been touted after U.S. and China leaders met at a G20 summit. Trump agreed to delay imposing 25% tariffs on a wide swath of Chinese goods after a dinner meeting with Xi in December 2018, reported The Guardian.

The U.S. and China have been raising tariffs on each others’ goods since summer 2018. Trump argues that U.S.-China trade has lopsidedly benefited Beijing and that the U.S. can bail out American farmers hurting because of the tariffs.

Meanwhile, many American companies are considering moving their manufacturing facilities out of China to locations like southeast Asia or Mexico as China and the U.S. continue their back-and-forth.