According to the Harris campaign, one day after Harris appeared in the second night of the debate in Miami, over 63,000 people donated online and 58% of those who gave were new contributors, making it the highest online fundraising day for the campaign. (RELATED: Kamala Harris Selling ‘That Little Girl Was Me’ T-Shirts)

“We have momentum,” Lily Adams, the Harris campaign’s communications director, said in a press statement. “After her dominant debate performance, where she proved she is the candidate best suited to prosecute the case against four more years of Donald Trump, supporters across this country are fueling our campaign because they saw her empathy, her passion, and her direct focus on the issues that keep people up at night.”

The campaign noted that the average online contribution was $30, and the campaign quadrupled their share of donations from the first four early states: Iowa, New Hampshire, Nevada and South Carolina.

Harris managed to break out amid her fellow Democratic opponents on stage during the debate when she attacked primary front-runner and former Vice President Joe Biden over his decades-old policy stance on busing.

“I’m going to now direct this at Vice President Biden. I do not believe you are a racist, and I agree with you when you commit yourself to the importance of finding common ground. But I also believe—and it’s personal. I was actually very—it was hurtful to hear you talk about the reputations of two United States senators who built their reputations and career on the segregation of race in this country,” Harris said to Biden.

She added, “And it was not only that, but you also worked with them to oppose busing. And, you know, there was a little girl in California who was part of the second class to integrate her public schools, and she was bussed to school every day. And that little girl was me.” 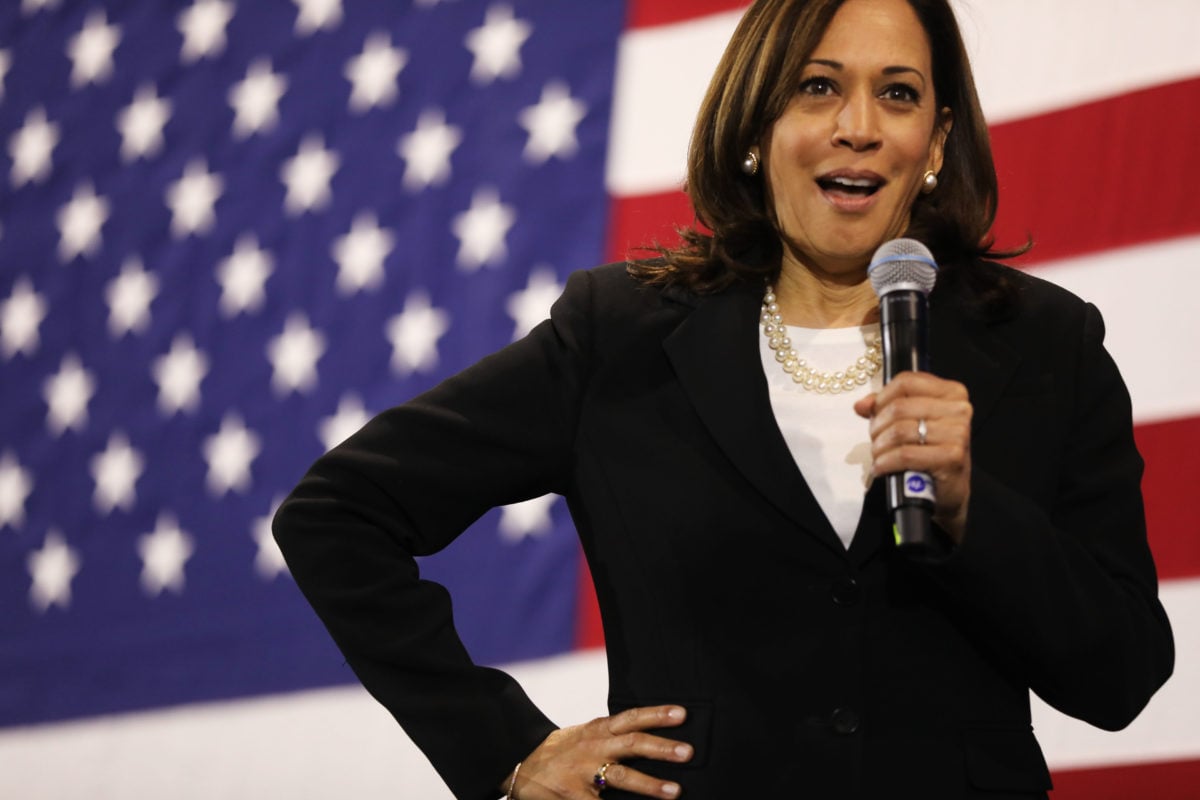 Biden defended his stance on the issue at the time saying, “It’s a mischaracterization of my position across the board. I did not praise racists. That is not true, number one. Number two, if we want to have this campaign litigated on who supports civil rights and whether I did or not, I’m happy to do that. I was a public defender; I didn’t become a prosecutor. I came out, and I left a good law firm to become a public defender. …”

He continued, “In terms of busing, the busing—I never—you would have been able to go to school the same exact way, because it was a local decision made by your city council. That’s fine. That’s one of the things I argued for, that we should not be—we should be breaking down these lines. But so, the bottom line here is, look, everything I’ve done in my career—I ran because of civil rights. I continue to think we have to make fundamental changes in civil rights. And those civil rights, by the way, include not just only African Americans, but the LGBT community.”

Although Biden’s performance wounded him in the current poll standings, FiveThirtyEight reported that he remains the front-runner.  However, Harris has moved back up in the polls to become a serious contender since her performance at the debate. (RELATED: Kamala Harris Cuts Off Bickering Rivals: ‘America Does Not Want To Witness A Food Fight’)

According to FiveThirtyEight, Harris received a 9 point spike, garnering 16.6% of Democrats who said they would back her after the debate. Biden, however, dropped 10 points.