The “Tucker Carlson Tonight” report by Fox News correspondent Hillary Vaughn featured former federal air marshal and whistleblower Robert MacLean, who told the network that he was blocked from a random search because a truck was “specially blessed.”

The “special exemptions” are given out by TSA and airport police to food trucks “serving planes headed to the Middle East” from Washington D.C.’s Dulles Airport.

According to MacLean, the officer told him that the “specially blessed airline meals have already been searched by an off site private security company.”

The former air marshal told Fox News that a regional supervisor air marshal said that “the reason why we don’t break these seals and do open and look checks is because the public has religious rights under the First Amendment.”

The matter is reportedly being investigated by the Office of the Special Counsel, the Senate Homeland Security Committee, and the TSA. (RELATED: TSA May Be Cutting Back On Security Screening At Smaller Airports)

“In MacLean’s disclosure,” said Vaughn, “the former air marshal testified that he was told by TSA leadership to stand down, follow the local airport police authority, and to not open or look in the cargo hold of the food truck.”

The TSA said in a statement given to Fox News:

The report revealed that the private security companies hired by foreign airlines are only required to check half of the items, such as trays in catering carts, but not everything.

“Its security theater,” said MacLean. “We are spending all this manpower and hours patting down children and elderly veterans in wheelchairs but the airport workers motivated by greed can smuggle whatever it needs past security.” 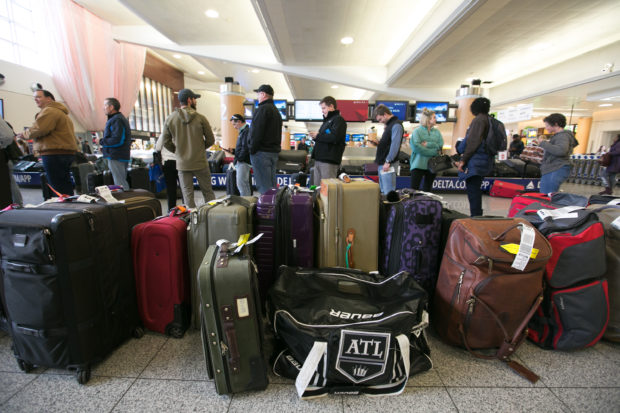 And a loophole that could easily be exploited by any would-be terrorist hoping to smuggle something in.

“And once it arrives at the airport,” said Vaughn, the TSA doesn’t double check, even though their truckload of food will soon be airborne. It’s a security loophole big enough to drive a food truck through.”