Kennedy, who was then serving on the Supreme Court, served as a reference for several candidates the campaign vetted for its list, authors Mollie Hemingway and Carrie Severino report in the book, “Justice on Trial.”

“The team talked to judges for whom candidates had clerked and to those who had clerked with them. McGahn was particularly interested in what candidates had been like in their mid-twenties, the stage of life when he believed most people’s views solidified,” the authors wrote. “Justice Kennedy was eager to help, offering the names of at least six former clerks who were in his ‘top five.’ Kavanaugh was one of them.”

“While Kennedy called his other clerks good or excellent, he tended to describe Kavanaugh as brilliant,” the authors add.

Hemingway and Severino elsewhere report that Kennedy shared his retirement plans with the White House via an intermediary in the Department of Justice. In cloak-and-dagger style, the justice slipped away from a tour of the National Gallery of Art to meet at a nearby cafe with Assistant Attorney General Steve Engel, who clerked for Kennedy during the high court’s 2001-2002 term. Engel relayed Kennedy’s intentions to the White House counsel’s office, which set a private meeting between Kennedy and President Donald Trump for June 27, 2018.

Clerks are generally recent law school graduates in their mid- to late-20s who serve in a judge’s chambers for one year. In that capacity, they provide counsel and administrative assistance for their judge. The campaign, eager to avoid the so-called “stealth nominees” that plagued past Republican presidents, sought individuals who could speak to that period of a candidate’s professional development, believing it is especially probative of a person’s substantive legal views. (RELATED: New Book On Kavanaugh Confirmation Has Incendiary Details About Christine Blasey Ford)

The campaign solicited input from several figures in the conservative legal movement as it compiled its list, the authors report. Leonard Leo, executive vice president of the Federalist Society, furnished names for Trump advisors, as did the Heritage Foundation’s John Malcolm. Don McGahn, then a lawyer in private practice at Jones Day, vetted contenders with his law firm colleague James Burnham. 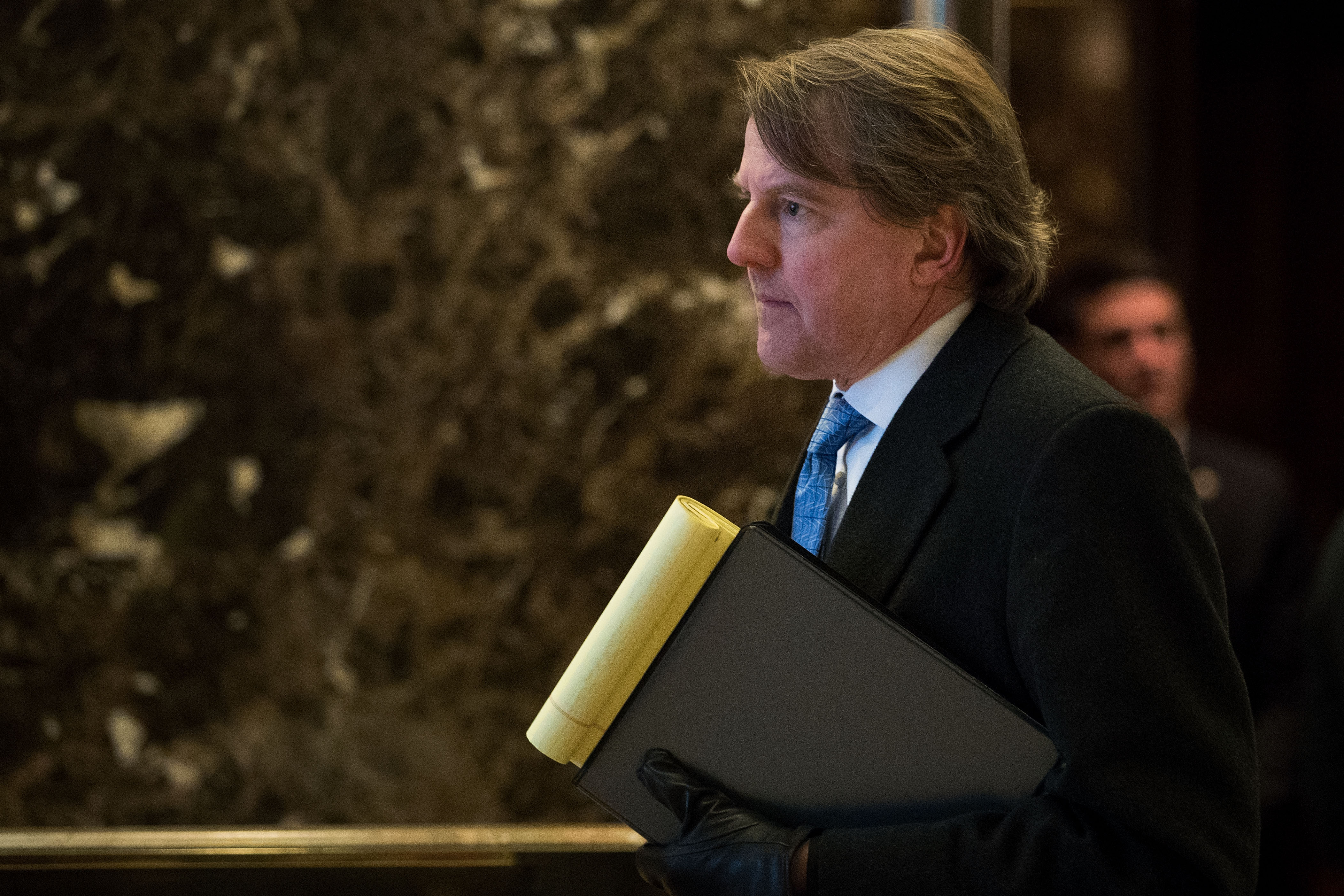 Jones Day represented the Trump presidential campaign and sent at least dozen lawyers into senior administration positions. McGahn would go on to shepherd two Supreme Court nominations as White House counsel, while Burnham leads the federal programs section at the Department of Justice.

The list began to take definitive form in March 2016, when McGahn brokered a summit with Trump and movement conservative leaders in the Washington offices of Jones Day. Leo arrived at the meeting with a preliminary list of names, which he shared with Trump during a private consultation which followed the meeting. Malcolm produced a list of eight names March 30.

The campaign published a list featuring 11 names at President Donald Trump’s urging May 18, 2016. Another 10 candidates were added to the list in October 2016. Trump promised to pick his first Supreme Court nominee from that “definitive” list of candidates.

Another Kennedy clerk who appeared on the Trump campaign’s list was Justice Neil Gorsuch, who succeeded the late Justice Antonin Scalia in April 2017.

Hemingway and Severino interviewed more than 100 people for the book, including the president, seniors members of the administration, justices of the Supreme Court and members of Congress.