Starbucks apologized Sunday after six police were kicked out of a Tempe, Arizona, franchise because their presence made a customer “uncomfortable.”

“On behalf of Starbucks, I want to sincerely apologize to you all for the experience that six of your officers had in our store on July 4,” Starbucks executive Vice President Rossann Williams wrote in an official statement Sunday. (RELATED: Starbucks Barista Asked Arizona Cops To Leave Store On July 4th Because Customer ‘Did Not Feel Safe’)

“When those officers entered the store and a customer raised a concern over their presence, they should have been welcomed and treated with dignity and the utmost respect by our partners (employees),” the statement continues. “Instead, they were made to feel unwelcome and disrespected, which is completely unacceptable.”

The company’s apology comes after the customer in question — a white man — became “anxious, nervous or uncomfortable” upon seeing the officers and asked a barista several times what they were doing in the cafe, The New York Times reported. 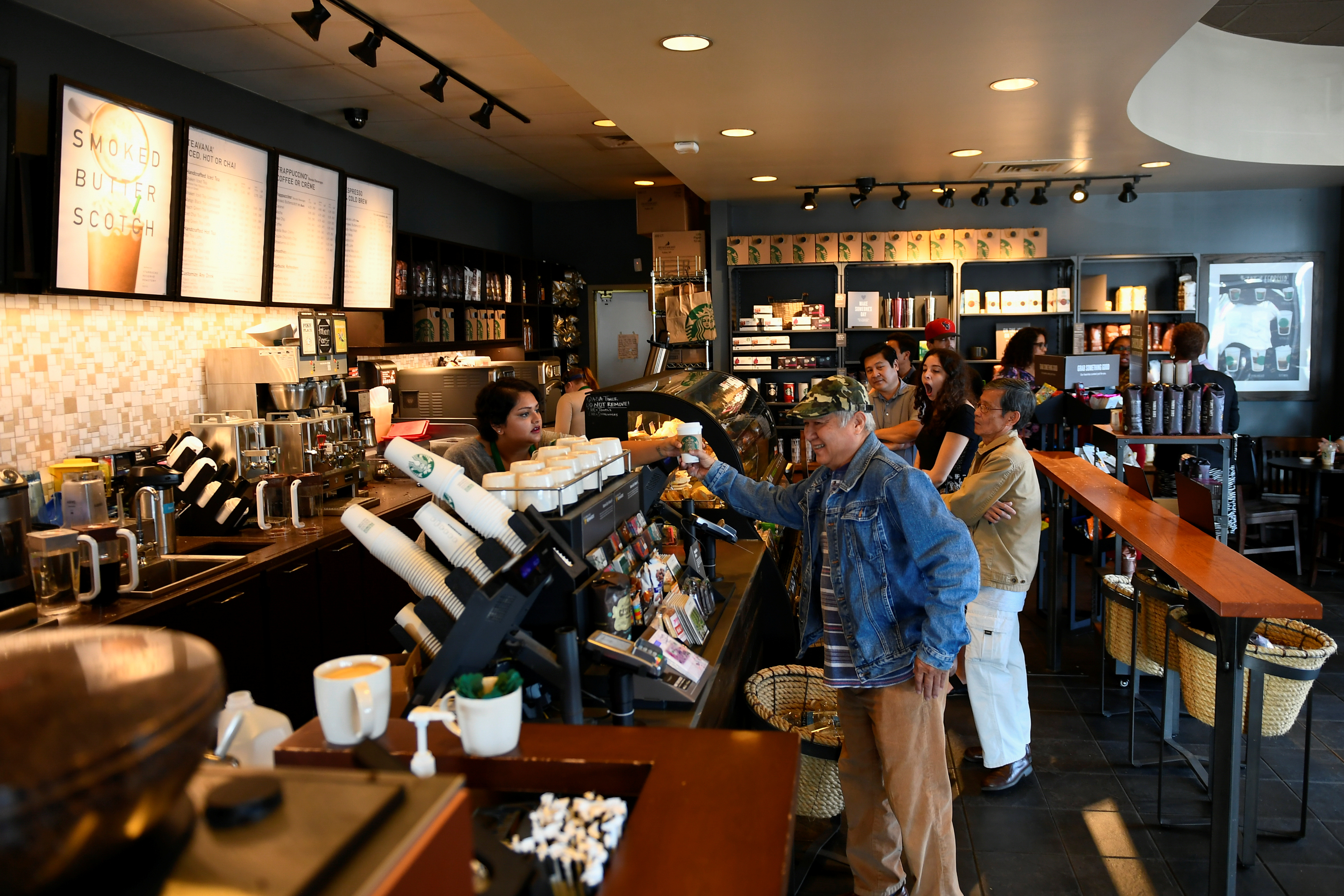 But the barista eventually asked the officers to “move out of the customer’s line of sight or to leave,” according to a July 5 Facebook post from the Tempe Officers Association.

“The barista said that a customer ‘did not feel safe’ because of the police presence. The barista asked the officers to move out of the customer’s line of sight or to leave. Disappointed, the officers did, in fact, leave,” the statement posted to Facebook reads.

“This treatment of public safety workers could not be more disheartening,” the statement continues. “While the barista was polite, making such a request at all was offensive. Unfortunately, such treatment has become all too common in 2019.”

The Association then took to Twitter to boycott the coffee chain. (RELATED: Why The New Starbucks Bathroom Policy Is A STEAMING CUP OF FAIL — From A Former Employee’s Perspective)

“Don’t appreciate [Starbucks] asking our #Tempe cops to leave your establishment on the [Fourth of July]. Several of those cops are #veterans who fought for this country! #ZeroRespect,” the July 5 post says alongside a graphic that reads, “Dump Starbucks.”

Don’t appreciate @Starbucks asking our #Tempe cops to leave your establishment on the #4thofjuly2019. Several of those cops are #veterans who fought for this country! #ZeroRespect pic.twitter.com/oGaDKhlYX3

Starbucks’s apology continues to explain that the company “look[s] forward to continuing” to host an event called “Coffee with a Cop,” which aims bring local police and residents together to find common group.

“At Starbucks, we have deep appreciation for your department and the officers who serve the Tempe community,” it says. “Our partners rely on your service and welcome your presence, which keeps our stores and the community a safe and welcoming place.”

Williams concluded the statement by announcing that she will visit the store in person “to address concerns or questions.”

In May of 2018, after a Starbucks employee asked two black men to leave a Philadelphia franchise, the company mandated a day of racial bias training to avoid instances in which baristas might discriminate against people of color.