The FBI’s core team of Russia investigators reportedly began discussing a wiretap of Trump campaign adviser Carter Page in August 2016, earlier than previously known, but were stalled amid bureaucratic handwringing until the infamous Steele dossier made its way to the bureau more than a month later.

That timeline of events, reported by The New York Times, indicates the dossier played an essential role in the FBI’s efforts to conduct surveillance of Page, as Republicans have said.

The report also shows investigators wanted to conduct electronic surveillance of Page even before he left the Trump team. Some Democrats and media pundits have defended the FBI’s wiretapping of Page because the initial warrant was not granted until Oct. 21, 2016, after he left the Trump campaign.

California Rep. Adam Schiff, who now serves as chairman of the House Intelligence Committee, asserted that “FISA was not used to spy on Trump or his campaign” in a Feb. 2, 2018 memo.

“As the Trump campaign and Page have acknowledged, Page ended his formal affiliation with the campaign months before DOJ applied for a warrant,” reads the memo, which leaves out that the FBI considered a FISA on Page while he was still on the Trump team.

Republicans have pushed the FBI and Justice Department for answers about the handling of the Steele dossier, and the applications for Foreign Intelligence Surveillance Act (FISA) warrants against Page. They’ve accused the FBI of misleading the FISA court by relying on unverified information from Steele, while also failing to disclose that he was working for the Clinton campaign and DNC to investigate the Trump campaign. 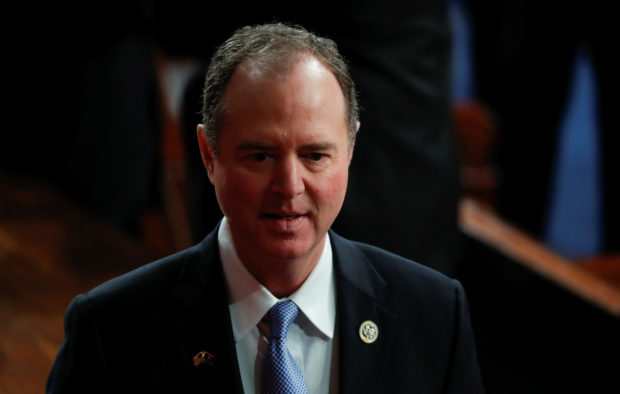 Some Democrats and former FBI officials have sought to downplay the role the dossier played in the bureau’s investigation. They’ve noted the FBI probe began July 31, 2016, after the Australian government provided a tip about George Papadopoulos, another Trump campaign aide.

But if the dossier was not the catalyst for the FBI investigation, it served as a roadmap for investigators looking into what it alleged was a “well-developed conspiracy of co-operation” to influence the 2016 election. The dossier also fueled conspiracy theories in the press and public after it was published Jan. 10, 2017.

But the dossier suffered a heavy blow with the release of the special counsel’s report, which said prosecutors could not establish that the Trump team conspired with Russia. In its four FISA applications on Page, the FBI asserted he acted as a foreign agent of Russia. The special counsel’s report also undercut that claim, by stating prosecutors did not find that any Trump associates worked as Russian agents.

The findings renews scrutiny of the FBI’s actions in the early days of Crossfire Hurricane, the code name for the Trump campaign investigation.

FBI discussions about a FISA on Page were stalled by fears that leaks about the wiretap would pose political problems, according to the Times. Only after Steele’s dossier made its way to the FBI’s Russia team Sept. 19, 2016, did the bureau ramp up its efforts to obtain a FISA.

According to the Times:

In August 2016, a month before agents on the Russia investigation received the Steele dossier, they had already started discussions with the Justice Department about seeking a wiretap order targeting Mr. Page, according to people familiar with the investigation’s timeline. Agents identified Mr. Page as a potential conduit between the campaign and Moscow, if there was any, because he had close business ties to Russia, had traveled there in July after joining the campaign, and had been targeted as a potential recruit by Russian intelligence agents in 2013 — yet did not seem concerned when the F.B.I. talked to him about it.

Still, the arrival of the dossier in September kicked the deliberations over whether to seek a wiretap order into a higher gear, according to people familiar with the Russia investigation. By adding further weight to their reasons to be suspicious of Mr. Page, Mr. Steele’s information helped officials overcome bureaucratic reluctance stemming from fears that any leak of the existence of such a wiretap would be politically radioactive.

The story contains another potential bombshell that raises further questions about Steele’s reporting.

According to the paper, FBI agents questioned the reliability of one of Steele’s main sources, described as a “Russian speaker from a former Soviet republic who had spent time in the West,” after questioning him in January 2017. (RELATED: Report: U.S. Officials Doubted Key Dossier Claims Earlier Than Previously Known)

“After questioning him, F.B.I. officials came to suspect that the man might have added his own interpretations to reports from his own sources that he passed on to Mr. Steele, calling into question the reliability of the information,” the report said, noting it was not clear whether the source provided Steele with any of the information included in the FISA warrant against Page.

Numerous questions remain about when the FBI began receiving information from Steele.

Steele met July 30, 2016 with Bruce Ohr, a Justice Department official whose wife worked for Fusion GPS, the firm that hired Steele. Ohr told Congress Aug. 28, 2018, that he briefed then-FBI Deputy Director Andrew McCabe in early August 2016 on the details of his meeting with Steele.

Ohr said Steele discussed his findings on Carter Page, meaning top-level FBI officials had received information about the Trump adviser before the bureau’s Russia investigators began considering a wiretap on him. It remains unclear whether the information provided by Steele via Ohr played a role in those early discussions.

The FBI did use other surveillance methods against the Trump campaign. Stefan Halper, a longtime FBI informant, established contact with Page on July 10, 2016. The pair met for a second time Aug. 20, 2016, and remained in contact through September 2017. Halper also met with Papadopoulos in London in mid-September 2016 under the guise of discussing academic research of energy security concerns.

The FBI did not immediately respond to the Daily Caller News Foundation’s request for comment.