The Antifa member who attacked a detention center in Tacoma, Washington, wrote a manifesto in which he calls on his “comrades” to arm themselves.

Authorities said Willem Van Spronsen, 69, was armed with a rifle and flares when he attacked the private Immigration and Customs Enforcement (ICE) facility Saturday morning, attempting to set the buildings on fire but managing only to ignite a car. He died in a shootout with police, the Tacoma News Tribune reported.

Van Spronsen details the “unregistered, ‘ghost'” weapon he used Saturday in his manifesto, which is now published on Antifa’s main news website, ItsGoingDown.org. “The semi-automatic weapon I used was a cheap, home-built unregistered ‘ghost’ AR-15, it had six magazines,” he wrote.

We are told that this is the final letter of Willem Van Spronsen – who was shot and killed by law enforcement as he attempted an attack on a for-profit refugee detention center in Tacoma, Washington.

He wasn’t crazy -inaction is. pic.twitter.com/YMO1vhXCHn

He also wrote that he encourages “comrades and incoming comrades to arm themselves.” (RELATED: Twitter Users Defend Willem Van Spronsen After He Attacked Detention Facility, Died In Shootout With Police)

“We are now responsible for defending people from the predatory state,” his manifesto continues. “Ignore the law in arming yourself if you have the luxury, I did.”

Antifa is a left-wing extremist organization, but certain groups within Antifa are pro-Second Amendment.

The Socialist Rifle Association (SRA), for example, is a nonprofit organization “comprised of anti-fascist, anti-racist socialists who defend the right of the working-class to keep and bear arms.” The group’s Twitter account has about 14,3000 followers.

The SRA’s website specifically invites “anarchists” and “anti-fascists” to join their movement.

“Our goal is to provide an alternate to the mainstream, toxic, right-wing, and non-inclusive gun culture that has dominated the firearms community for decades. We seek to provide a safe, inclusive, and left-leaning platform for talking about gun rights and self defense, free from racist and reactionary prejudices,” the site’s about page reads. 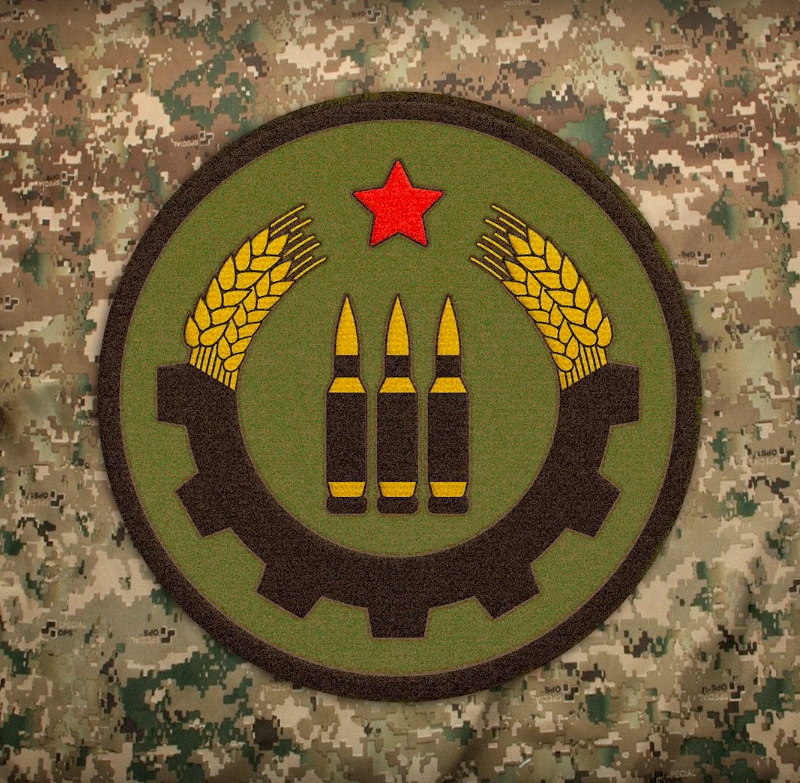 A 2017 BuzzFeed article titled “What It’s Like To Take An Anti-Fascist Self-Defense Class” quotes Sean Hines, an Antifa member who founded a socialist gun club, saying, “The more people that are armed, the more that we have the ability to fight police terrorism or fight fascist terrorism. When the f*ckers see that we are willing to shoot back, they back the fuck off.”

Another Antifa member who identified himself as “John” told BuzzFeed he believes the anti-fascist group “should take advantage of the fact that our country lets people bear arms.”

FBI documents from December 2018 detail warnings from “anti-fascist activists” plotting to “stage an armed rebellion” and “disrupt U.S. law enforcement and military security operations at the US/Mexican border” using guns from a Mexican cartel, according to The San Diego Union-Tribune.

Dwayne Dixon, a North Carolina Antifa member, told ABC News Australia’s North American correspondent in 2018 that “guns are a tool.” Dixon belongs to Redneck Revolt, another pro-gun socialist group that has its own documentary on Amazon Prime.

“I think for us, having access to weapons and having the skill and competency with them … allows us to at least consider that among a diversity of possible tactics,” he told ABC. “It doesn’t mean that they’re going to be used all the time, but recognizing the moment we’re in, when real white terrorist violence is a fact of American life.”

He also said he insists upon his “rights as a citizen to have the means” for his own self-defense “when the state is absent or unwilling to actually intervene.”

Several armed Antifa members arrived at a counter-protest that drew about 100 people in February at Stone Mountain Park in DeKalb County, Georgia, according to the Atlanta Journal-Constitution.

Let’s do a little after-action report: the @afainatl had a pretty clear victory. No right-wingers showed up for “#RockStoneMountain” today.

Antifa had a victory march, and left-wing militia groups guarded the outside in case of ambush. None occurred.

No arrests. No violence. pic.twitter.com/oSqejPgJcG

This administration has established concentration camps on the southern border of the United States for immigrants, where they are being brutalized with dehumanizing conditions and dying.

This is not hyperbole. It is the conclusion of expert analysis https://t.co/2dWHxb7UuL

“I’m a man who loves you all and this spinning ball so much that I’m going to fulfill my childhood promise to myself to be noble. Here it is, in these corporate for profit concentration camps. … I’m a black and white thinker. Detention camps are an abomination. I’m not standing by,” he wrote.