Yoram Hazony, author of “The Virtue of Nationalism,” proposed Monday a restoration of America’s cultural traditions as a means to achieve national cohesion at the National Conservatism Conference. Hazony also criticized the way some conservatives have neglected to preserve traditions for generations.

“The Virtue of Nationalism” was the 2019 Conservative Book of the Year. It argues the nation state is the best form of government because it provides “the collective right of a free people to rule themselves,” unlike systems like the European Union, which Hazony believes is powered by globalizing elites.

Hazony is president of The Herzl Institute in Jerusalem and a citizen of Israel. He is also a biblical scholar.

Hazony is one of the main organizers of the conference, which features keynote speeches by National Security Advisor John Bolton, Fox News host Tucker Carlson, Republican Missouri Senator Josh Hawley, and technology entrepreneur Peter Thiel, and talks by many other scholars and public figures.

The conference aims to bring together people “who understand that the past and future of conservatism are inextricably tied to the idea of the nation” and who believe it is “the revival of the unique national traditions that alone have the power to bind a people together and bring about their flourishing.” 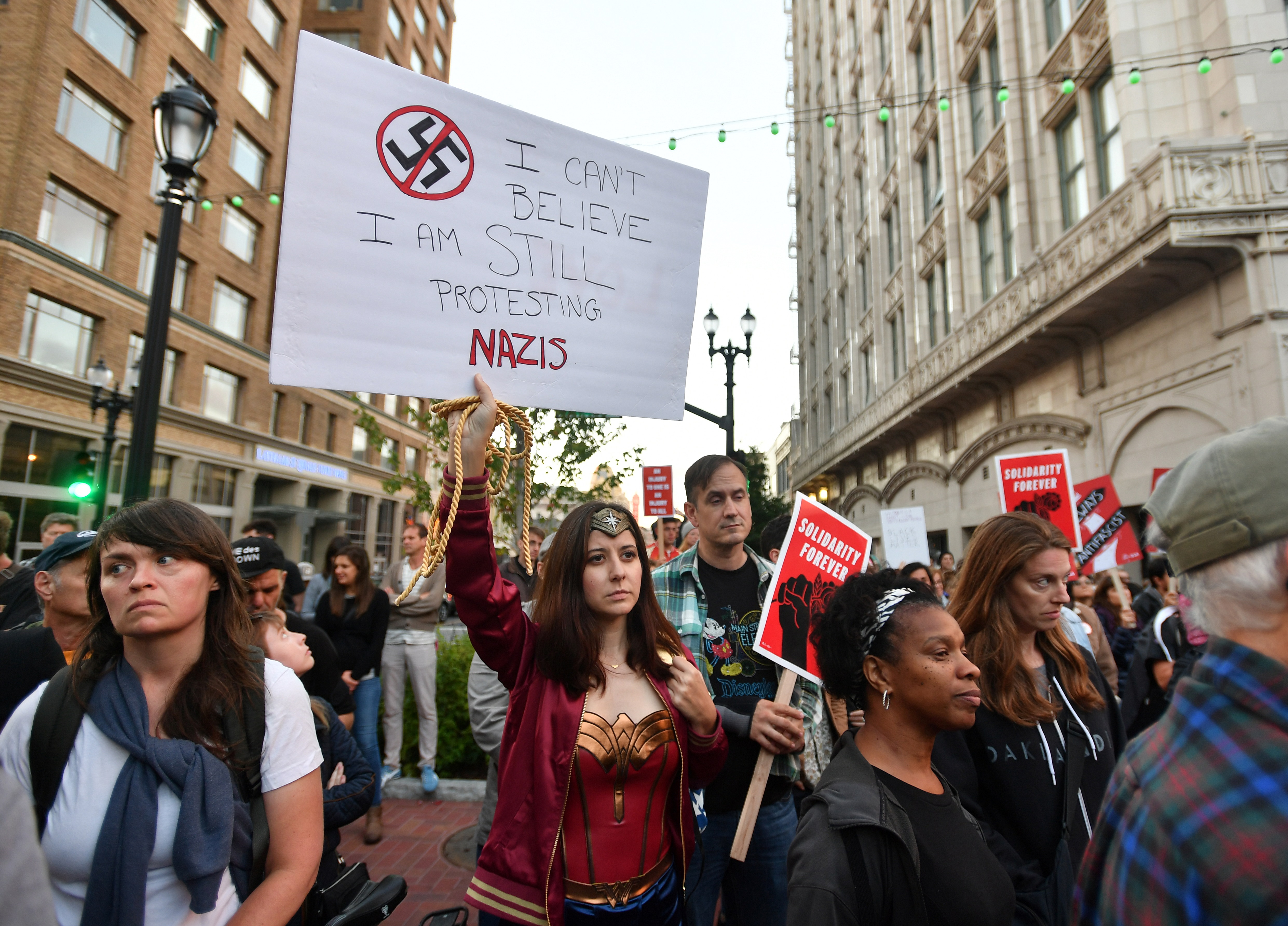 Protesters march on the streets of Oakland in response to a series of violent clashes that erupted at a white-nationalist rally in Charlottesville, Virginia earlier in the day that left at least one dead and dozens injured. (JOSH EDELSON/AFP/Getty Images)

According to Hazony, white nationalists miss that human beings are “sticky,” and form into families, clans, tribes, nations, churches, and schools. This stickiness is separate from race, he argued: “The race theory would have us believe it’s all determined by birth. But it isn’t determined by birth.”

Hazony criticized libertarians for invading politics and attempting to turn it into economics because of a sole focus on how their economic theory will affect society. He likened this to the way white nationalists try to take over politics with biology.

“Both of these theories refuse to pay attention, refuse to attend to the reality. What is the reality?” he said. “There’s an autonomous political realm in which human beings live” — “and the number one factor to be considered about that realm is that human beings are sticky…We form into families and clans and tribes and nations and families of nations, and churches, and schools.”

For Hazony, the central question of politics should be the nation, not race or the individual, and this nation should be focused on a unifying cultural inheritance.

“A nation is that kind of love,” he said. “It is these bonds of mutual loyalty.” 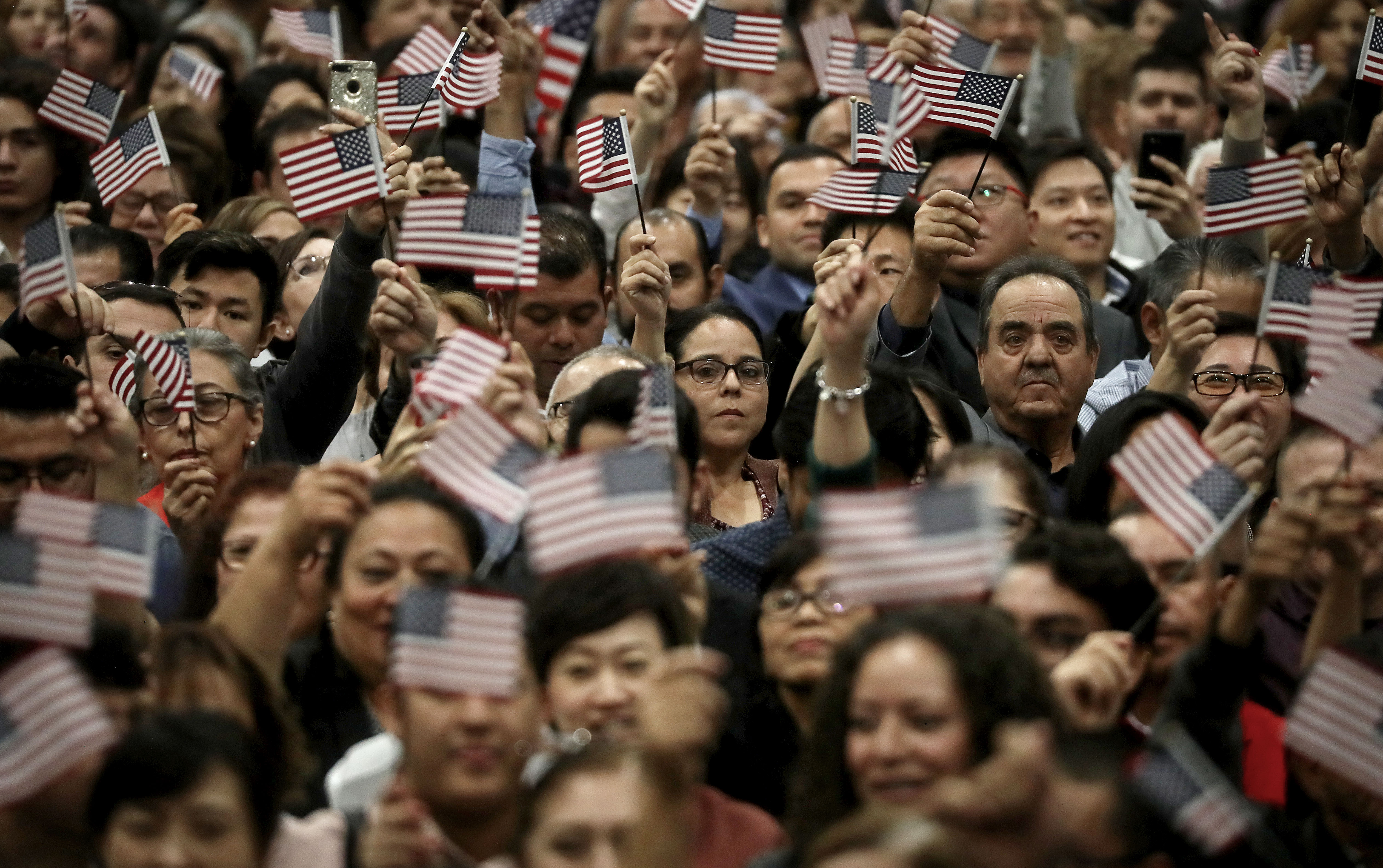 The world is governed best, according to Hazony, when it is divided among many different nations that each have “its own borders, its own laws, its own traditions, its own way of doing things, and it leaves the others alone.”

Hazony argued national cohesion is essential, and only a cohesive nation can be a democracy. If a nation is not cohesive, then one side will object when the other side wins an election, he explained.

“In my life, I have never seen the cohesion as frayed as it is today,” he noted.

He spoke about his belief that immigration could undermine national cohesion: “There are good and interesting economic arguments about how many new immigrants there should be, but honestly it doesn’t make a darn bit of difference what the economic arguments are if the country is fraying so badly  — if the cohesion is so shocked — that adding more immigrants is going to literally tear the country to pieces.” 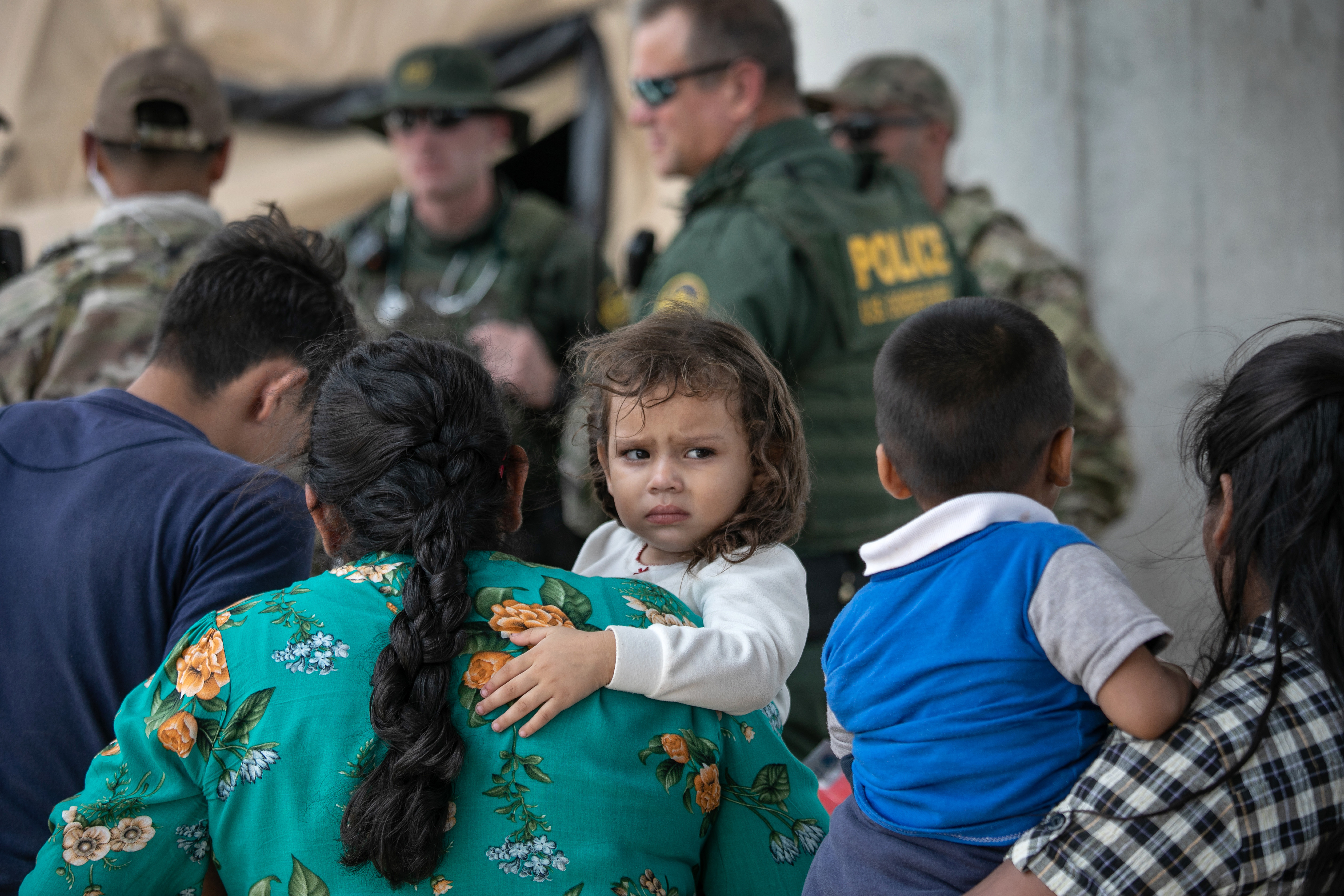 Immigrants wait to be interviewed by U.S. Border Patrol agents after they were taken into custody on July 02, 2019 in McAllen, Texas. (John Moore/Getty Images)

The “keystone concepts” of America, according to Hazony, are God and scripture, nation and family, man and woman, and the sacred and the honorable. “Every single one of these keystone concepts that held this nation together has come under attack, has been severely damaged, and in some cases has been overthrown,” Hazony said, noting that much of the blame on this loss of tradition lies with conservatives. 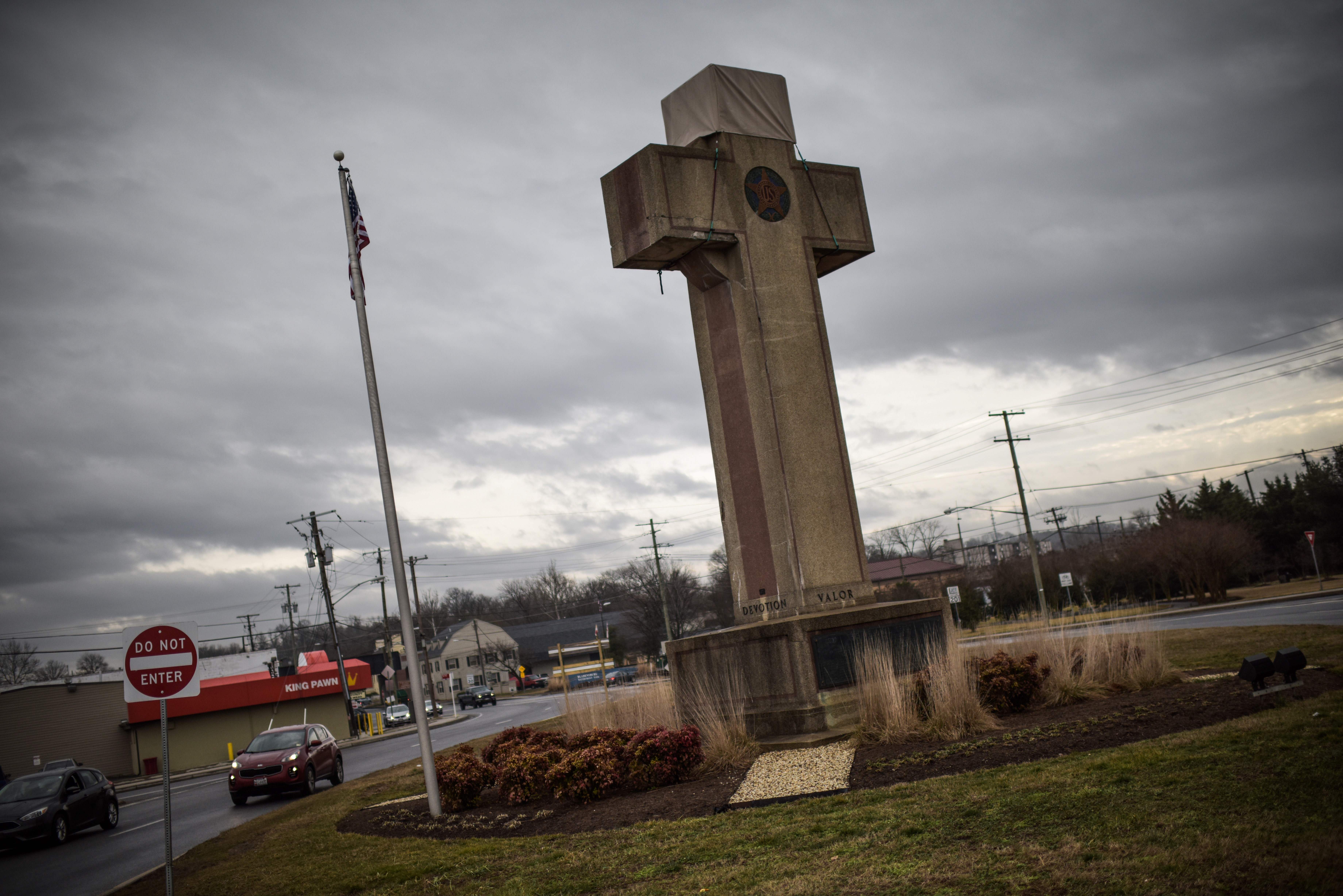 The World War I memorial cross in Bladensburg, Maryland — near the nation’s capital Washington — is seen on February 08, 2019. (ERIC BARADAT/AFP/Getty Images)

“We thought you could stay reasonable having gotten rid of God and scripture,” Hazony said. “And guess what? There’s no shred of truth in this at all. It turned out it was God and scripture that was holding in place the entire set of structures. Not reason — tradition.”

Hazony argued conservatives have neglected the preservation of America’s cultural traditions for generations. By allowing traditions to be removed from the public sphere, and believing traditions could be preserved by mere private reason, conservatives have diminished traditions that enable the defense of the family and the nation in all American life. (RELATED: The Numbers Don’t Lie, Government Attacks On Religion Increasing)

He received loud applause when he said: “You throw out Christianity, you throw out the Torah, you throw out God, and within two generations, people can’t tell the difference between a man and a woman.”

There has to be a return to national traditions in order to restore cohesion, Hazony argued. “These are Anglo-American traditions of constitutionalism, the common law, the English language, and the Christian religion with a specific emphasis, in England and America, on the Old Testament,” he said.

“These are the things around which unity and cohesion amid diversity was made possible. E Pluribus Unum: the creation of unity out of diversity was possible because of those things.”

“National conservatism: that is a direction for this country.”

He concluded: “It’s not too late. It’s still possible. We can still win this fight.”