A woman is facing a second murder trial after giving birth into a toilet in El Salvador.

Evelyn Beatriz Hernandez claims she did not realize she became pregnant after being raped when she gave birth to a 32-week-old fetus in 2016.

A female judge sentenced Hernandez to 30 years in prison for aggravated murder in 2017, of which she has currently served 33 months, The Guardian reported.

However, El Salvador’s Supreme Court overturned the ruling in February, granting Hernandez a new trial with a new judge, according to The Guardian. (RELATED : Alabama Prosecutor Drops Manslaughter Charges Against Woman Who Police Say Started The Fight That Killed Her Unborn Child)

Hernandez, now 21-years-old, claims that she went to an outhouse to relieve herself of intense abdominal pain, unaware that she was pregnant and going into labor.

Hernandez believes the baby dropped into the septic tank as she attempted to use the bathroom, The Associated Press reported.

Later, Evelyn’s mother found her unconscious beside the outhouse, and took her to the nearest hospital.

Both women claim to have been ignorant of the baby’s presence at the time.

“I truly did not know I was pregnant. If I had known, I would have awaited it with pride and with joy,” Hernandez said Monday, The AP reported. 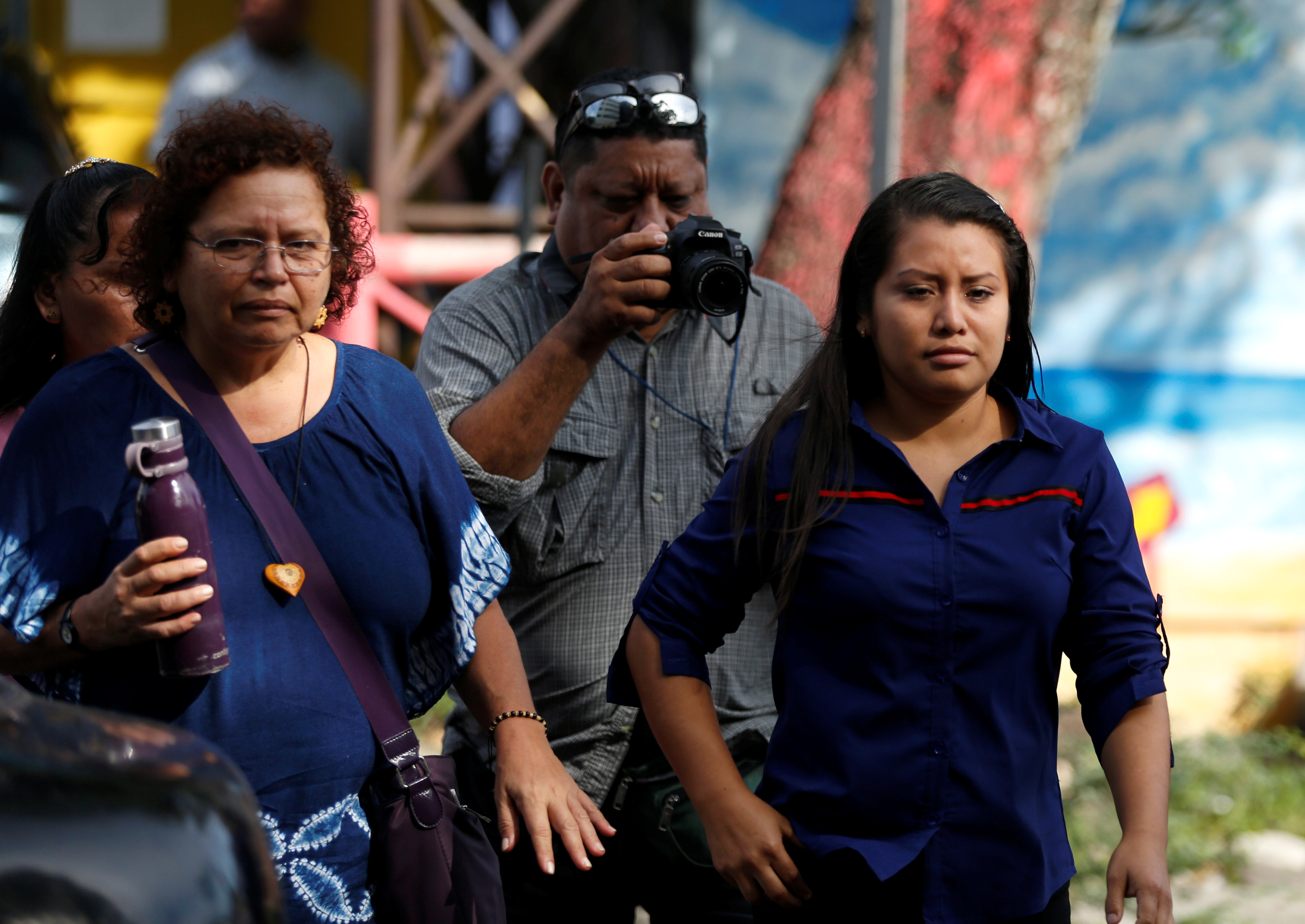 (Evelyn Hernandez, who was sentenced to 30 years in prison for a suspected abortion, arrives with Salvadoran feminist and social activist Morena Herrera for a hearing in Ciudad Delgado, El Salvador.  REUTERS/Jose Cabezas)

Forensic scientists could not conclude that the child’s death occurred post-birth, but the original judge believed Hernandez had induced her own abortion, according to The Guardian.

Abortion is illegal in El Salvador, with no exceptions in cases of rape, incest or threat to life of the mother.

Mothers and medical practitioners who induce abortions can receive up to eight years in prison under Salvadoran law. However, as in Hernandez’s original case, prosecutors can pursue charges of aggravated homicide, which yields a maximum of 40 years, AP reported.

In 2017, the United Nations advised El Salvador to reconsider its abortion laws as well as the cases of those they imprison, but the deeply religious nature of the population has prevented any legal change, according to The Guardian.

“I want justice to be done. I know everything is going to be OK. My faith lies with God and my lawyers…[I hope for] good things, unlike what happened before, and I am innocent,” Hernandez told journalists after her sentence was overturned, the Associated Press reported.

Hernandez is represented by Citizen Group for the Decriminalisation of Abortion (CDFA), a local rights group that aims to free women imprisoned for reasons similar to Hernandez.

“We’re convinced that Evelyn is innocent,” Ana Martínez, one of Hernández’s lawyers at the CDFA, told the Thomson Reuters Foundation.