One of the people Pence was likely to have shaken hands with at a July 3 New Hampshire event on opioid addiction was under federal investigation for moving $100,000 of fentanyl from Massachusetts to New Hampshire, the report notes. The reason for the cancellation was clouded in mystery, with President Donald Trump contributing to some of the drama.

Jeff Hatch, who agreed to plead guilty Friday and spend four years in prison, works for an opioid addiction treatment center in southern New Hampshire that the vice president was set to visit. Hatch, a former New York Giants football player, has publicly discussed his own challenges with drug and alcohol addiction. 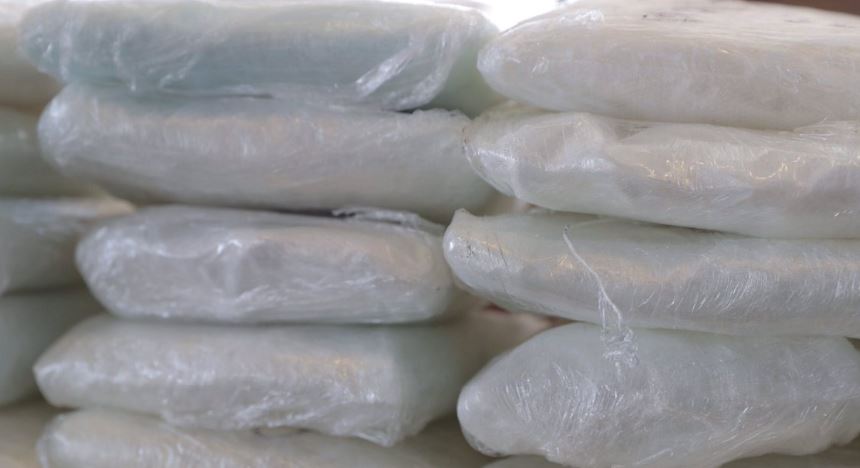 The event was billed as “a roundtable discussion with former patients and alumni at the Granite Recovery Center headquarters,” which would include comments from Pence “on the opioid crisis and illegal drug flow in New Hampshire.” The vice president’s office declined to comment on the controversy, according to Politico.

Federal, state and local authorities began an investigation in early 2019 into drugs flowing into Manchester, New Hampshire. More than 500 people a year are dying in the Granite State for the last several years and the crisis does not appear to be abating.

Pence boarded a helicopter July 3 and headed for Joint Base Andrews outside Washington, D.C. He was scheduled to take off around 10:15 a.m. ET and touch down at a nearby airport in Manchester, where he would then travel to meet former patients and make remarks on opioids. But Air Force Two never departed, according to The Associated Press.

Trump appeared to predict what would happen.”You’ll know in about two weeks,” he told reporters at a July 5 event. “There was a very interesting problem that they had in New Hampshire.”

1
'You Can't Make This Stuff Up': CNN Analyst Says After Going Viral For Literally Making Up A Story About Republicans
Media
2
Randy Credico Testified Against Roger Stone. Now He's Imploring Judge Not To Send Trump Ally To Prison
US
3
President Trump To Be First President In History To Speak In Person At The March For Life
Politics
4
Adam Schiff Reportedly Released False Information In Ukraine Probe
US
5
WH Counsel Pat Cipollone Tears Into Jerry Nadler, Says He 'Should Be Embarrassed'
Politics