An eight-year-old boy died instantly after a 40-year-old man believed to be of African origin pushed him and his mother in front of a high-speed train at Frankfurt’s main rail station Monday, according to German police.

The mother was able to roll to safety in a gap between two platforms and is currently being treated for shock after her son was unable to get away, The Guardian reported.

The 40-year-old man, who police suspect is a citizen of Eritrea, intended to push a third person onto the tracks, “but she was able to defend herself,” police spokeswoman Isabell Neumann told reporters. (RELATED: Germany Says 100 Million African Refugees Could Head North) 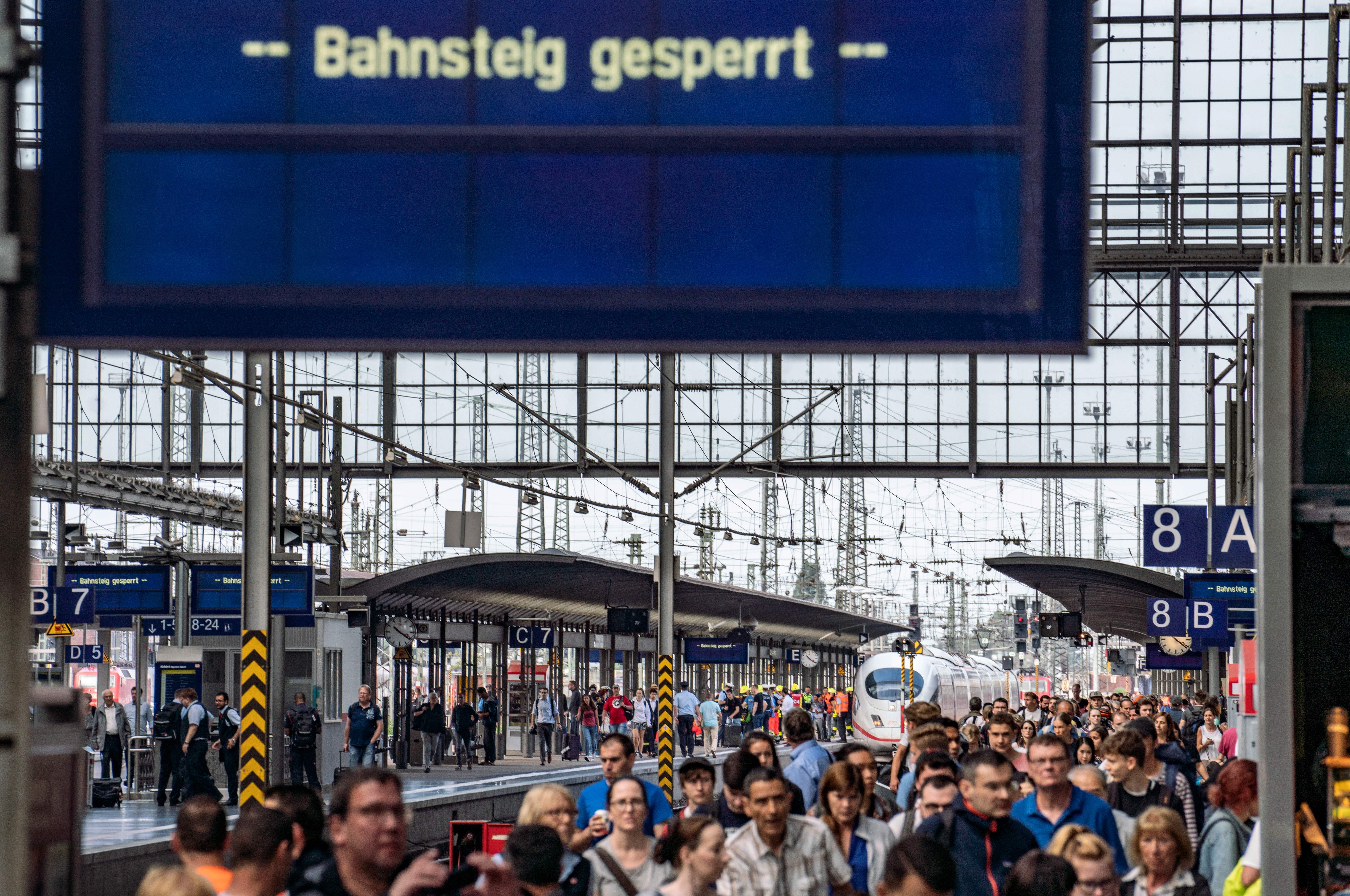 Frankfurt’s main station is crowded as police and medical helpers stand next to a train. (FRANK RUMPENHORST/AFP/Getty Images)

There appears to be no connection between the victims and the suspect, Neumann said.

Several people who witnessed the death needed psychological treatment afterward, the digital German publication Hessenschau.de reported. A conductor who saw the incident from a train shouted as the boy was shoved and killed.

A witness told the publication that the station was “full of children,” and another witness, who was on the train when the incident took place, said “people collapsed howling.”

“The man concerned … fled the station after the crime. Passers-by took up the chase and the man was detained near the station,” Neumann added. (RELATED: German Government To Address The Millions Of Muslim Immigrants In The Country. Here’s What The Goals Are)

The incident comes following the death of a 34-year-old woman, who was pushed onto train tracks by a 28-year-old German man of Kosovo Serb origin in Voerde, Germany, on July 21.