A new study completed by Chicago municipal planners finds the proposed Obama Presidential Center would have an “adverse effect” on the surrounding area.

The city posted its draft report Monday as part of their overall approval process. The Obama Presidential Center would be built on land currently listed on the National Register of Historic Places, the Chicago Tribune reported Tuesday.

Former U.S. President Barack Obama waves at the end of his conference on EXMA Congress Bogota 2019 at Arena Movistar on May 28, 2019 in Bogota, Colombia. (Photo by Guillermo Legaria/Getty Images)

Building the Obama center at the currently desired location “will have an adverse effect to Jackson Park Historic Landscape District and Midway Plaisance because it will alter, directly or indirectly, characteristics of the historic property that qualify it for inclusion in the National Register,” the report stated. “Primary physical changes that are concentrated in the western perimeter of Jackson Park and the eastern Midway Plaisance impact adjacent park areas including the Lagoons, Fields, and Lake Shore. The changes alter the legibility of the design of the cultural landscape in ways that diminish the overall integrity of spatial organization in the property as a whole.”

Critics, including Chance the Rapper, have said the center’s promoters have not sufficiently consulted the local community about the advisability of building such a large structure in a public park. Reports have indicated that the center could cost as much as $1.5 billion — roughly three times the cost of the George W. Bush Center. (RELATED: Furious Chicago Professors Demand Obama Move His ‘Socially Regressive’ Presidential Center Elsewhere)

However, despite the negative evaluation, the very existence of the report keeps the project alive. The Tribune notes that Chicago posting the study means the city has reignited the review process after months of inactivity.

Now that the study has been released to the public, local residents can provide their opinions on the desirability of the apparently mammoth memorial to Barack Obama’s presidency. The edifice, which would include a library, will encroach upon local streets — some of which will have to be closed and others widened to accommodate the facility. 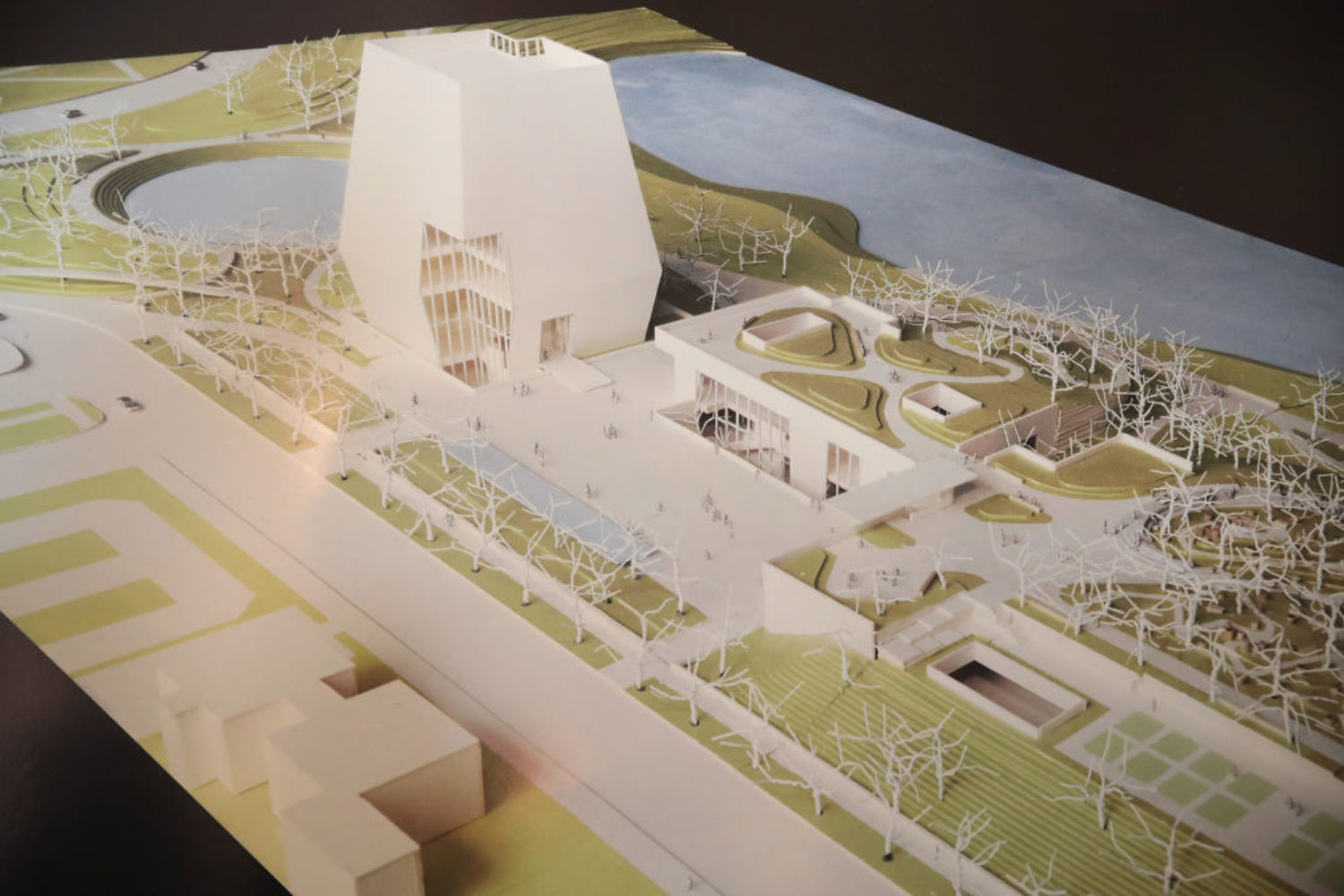 A rendering of the proposed Obama Presidential Center, which is scheduled to be built in nearby Jackson Park, is displayed at the South Shore Cultural Center during a roundtable discussion moderated by former President Barack Obama on May 3, 2017 in Chicago, Illinois. (Photo by Scott Olson/Getty Images)

Municipal planners drew attention to the sheer size of the proposed presidential center that they say would detract from the “intended prominence” of the co-located Museum of Science and Industry while detracting from the feel of Jackson Park and the time period it originated from, according to the report.

Jackson Park was the site of an 1893 world’s fair.

Despite the rebuke, Obama Foundation officials registered enthusiasm upon the release of the study, choosing to believe it means they are closer to breaking ground. If the project continues to proceed, the federal review process could be completed by spring of 2020 and development could commence. (RELATED: Obama Foundation Awash In Megabucks, Well-Paid Execs)

“We arrive at this point with a continued sense of urgency but also being pleased … that we are at this stage and ready to move to the next one,” said vice president for civic engagement for the Obama Foundation, Michael Strautmanis.