A Houston-area man who social media activist Shaun King falsely accused of murdering a 7-year-old black girl late in 2018 has died from an apparent suicide after hanging himself in his jail cell earlier in July.

Houston’s ABC and Fox stations reported that Robert Cantrell, 49, was found dead July 23. Cantrell had been in jail in Montgomery County, just outside of Houston, since Dec. 30, 2018, on evasion and robbery charges.

Cantrell was arrested the same day Jazmine Barnes was gunned down while riding in a car with her mother and siblings. Barnes’s death gained national attention because her mother, LaPorsha Washington, alleged the shooter was white.

Washington alleged the murder was a hate crime, as did Texas Rep. Sheila Jackson Lee. A composite sketch of the alleged shooter resembled Cantrell.

King, who is closely associated with the Black Lives Matter movement, mounted a private investigation of his own into the murder, offering a $100,000 reward for information leading to the killer’s arrest. (RELATED: Even After A Tip, Texas Sheriff And Shaun King Pushed False Narrative About Jazmine Barnes Murder)

He worked closely with Harris Co. Sheriff Ed Gonzalez on the investigation.

King posted Cantrell’s mugshot on Twitter in January, asking his followers for more information on Cantrell, who is white. He also said Cantrell was “a racist, violent asshole.”

“What more can you tell me about Robert Cantrell?” King wrote.

“He was arrested in Houston hours after Jazmine was murdered on another violent crime spree. We’ve had 20 people call or email us and say he is a racist, violent asshole and always has been. Just tell me everything you know.” 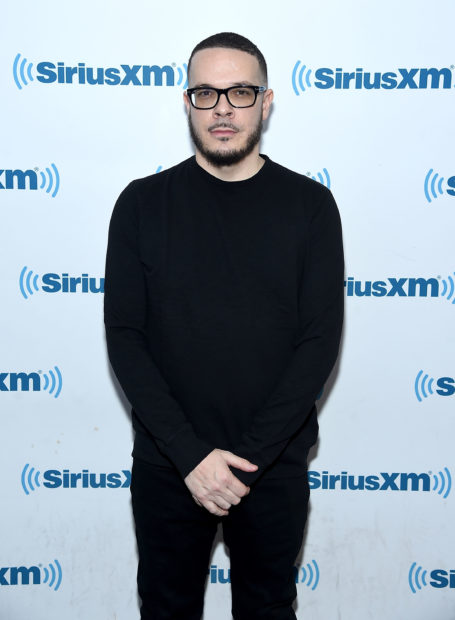 Gonzalez circulated the composite sketch of Barnes’s killer, which was drawn up by celebrity sketch artist Lois Gibson. He posted multiple retweets of the composite that included the hashtag “Justice4Jazmine.”

It turned out that King was wrong not just on the identity of Barnes’s killers, but also their race. Eric Black and Larry Woodruffe were arrested Jan. 6. Both men are black. They face capital murder charges.

Cantrell and members of his family received death threats after King’s false allegation, one of Cantrell’s family members said in January.

The Harris County sheriff’s office told the Daily Caller News Foundation its public information officer was out of the office and not able to comment on Gonzalez’s retweets.

King’s false allegation against Cantrell is not the first that the activist has leveled. He accused a Texas state trooper by name on May 20, 2018, of raping a black woman named Sherita Dixon-Cole during a traffic stop.

Video footage of the incident was released three days later showing that the trooper did not assault Dixon-Cole.

King is a supporter of Vermont Sen. Bernie Sanders’s presidential campaign. He introduced the Democratic socialist at his campaign kickoff in Brooklyn on March 2.