“For most of us in our minds, Bernie has always been a disheveled, gray-haired, bespectacled politician for most of us,” King said. “Bernie starts in our mind for who he is right now today. Don’t get me wrong, I love who Bernie is today, but I need to tell you a little bit about how he got here.”

King recounted how Sanders was involved in the civil rights movement while studying at the University of Chicago. King said Sanders has refused to use stories of his activism for “political gain” then told several of them.

“Most of us never heard these stories about him growing up here in Brooklyn or being a real activist in the civil rights movement in Chicago. … Bernie loved Dr. King, young Bernie. Long before we used the phrase ‘white privilege,’ Bernie had the notion that he needed to use his own white privilege to fight back against racism and bigotry and inequality,” King said of the politician, who is Jewish. (RELATED: Bernie Sanders’s Massive 2020 Campaign Haul Is Not Slowing Down)

He recounted how Sanders was arrested protesting the poor conditions black students faced in Chicago during the civil rights era.

“This is not some exaggerated myth. This is the origin story of a political revolutionary,” King said. 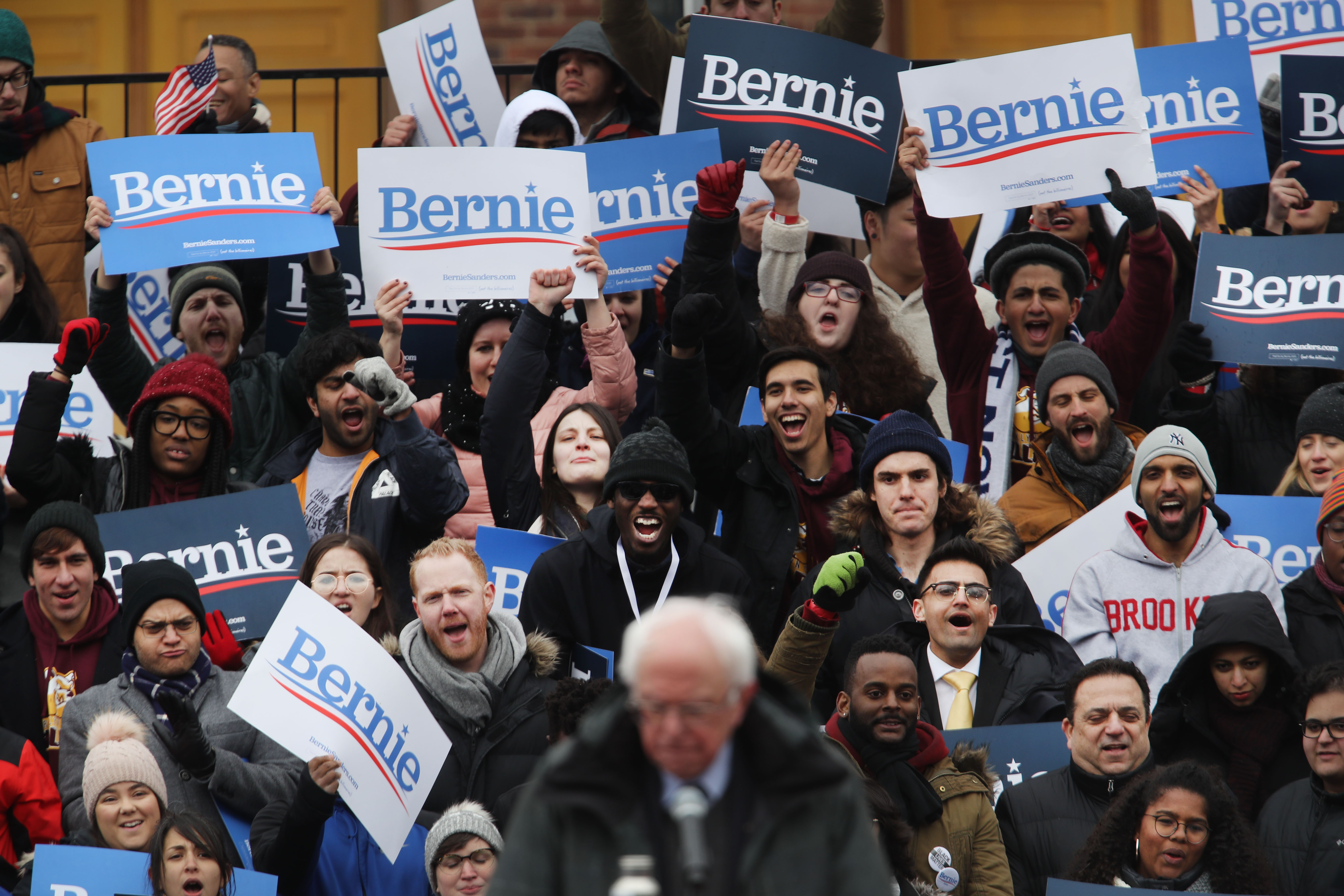 King came under fire in January after he and Harris County Sheriff Ed Gonzalez continued pushing a theory that a white man murdered Jazmine Barnes, even after both had received a tip that the 7-year-old Houston girl’s killer was black.

Sanders’s 2020 campaign had hauled in massive amounts of cash less than a week after he announced his presidential bid and his fundraising shows no sign of slowing down.