McAleenan traveled to Guatemala City on Wednesday where he will speak with officials about the safe third country deal recently signed by both countries, according to the Department of Homeland Security. The acting DHS chief, who is set to return on Thursday, will also engage with local leaders on several other initiatives that aim to reduce the flow of illegal immigration.

“Just arrived in Guatemala. Looking forward to working to expand the partnership between Guatemala and the U.S. to stem the flow of illegal migration and disrupt human smuggling and transnational criminal organizations,” McAleenan tweeted on Wednesday.

The Trump administration announced Friday that it had reached a safe third country agreement with Guatemala, which requires its government to accept and hold U.S. asylum seekers from other Central American countries. For example, illegal immigrants from El Salvador and Honduras that pass Guatemala on its way to the U.S. must instead remain in Guatemala. The plans are expected to be executed in August.

The Trump administration has reached other deals with the Guatemalan government in the past regarding the illegal immigration crisis. The Memorandum of Cooperation signed in May called on Guatemala to better enforce its own borders and stem the flow of migrants that leave its country. However, until Friday, the tiny Central American country had resisted pressure from President Donald Trump to become a safe third country.

Nevertheless, questions remain over whether Guatemala will abide by its side of the agreement — or if it’s even capable of doing so.

Guatemalan President Jimmy Morales’s term ends in January, and it is not yet known who his successor will be. The country will hold an election run-off on Aug. 11 between left-wing candidate Sandra Torres and conservative Alejandro Giammattei. Both presidential hopefuls have expressed concern over the accord.

“There needs to be a thorough analysis of whether the minister had the power to sign an agreement with these international characteristics, and in any case the agreement has to go to Congress, whoever signed it,” Torres said of the deal. Giammattei took to Twitter on the day the agreement was signed to announce his opposition. 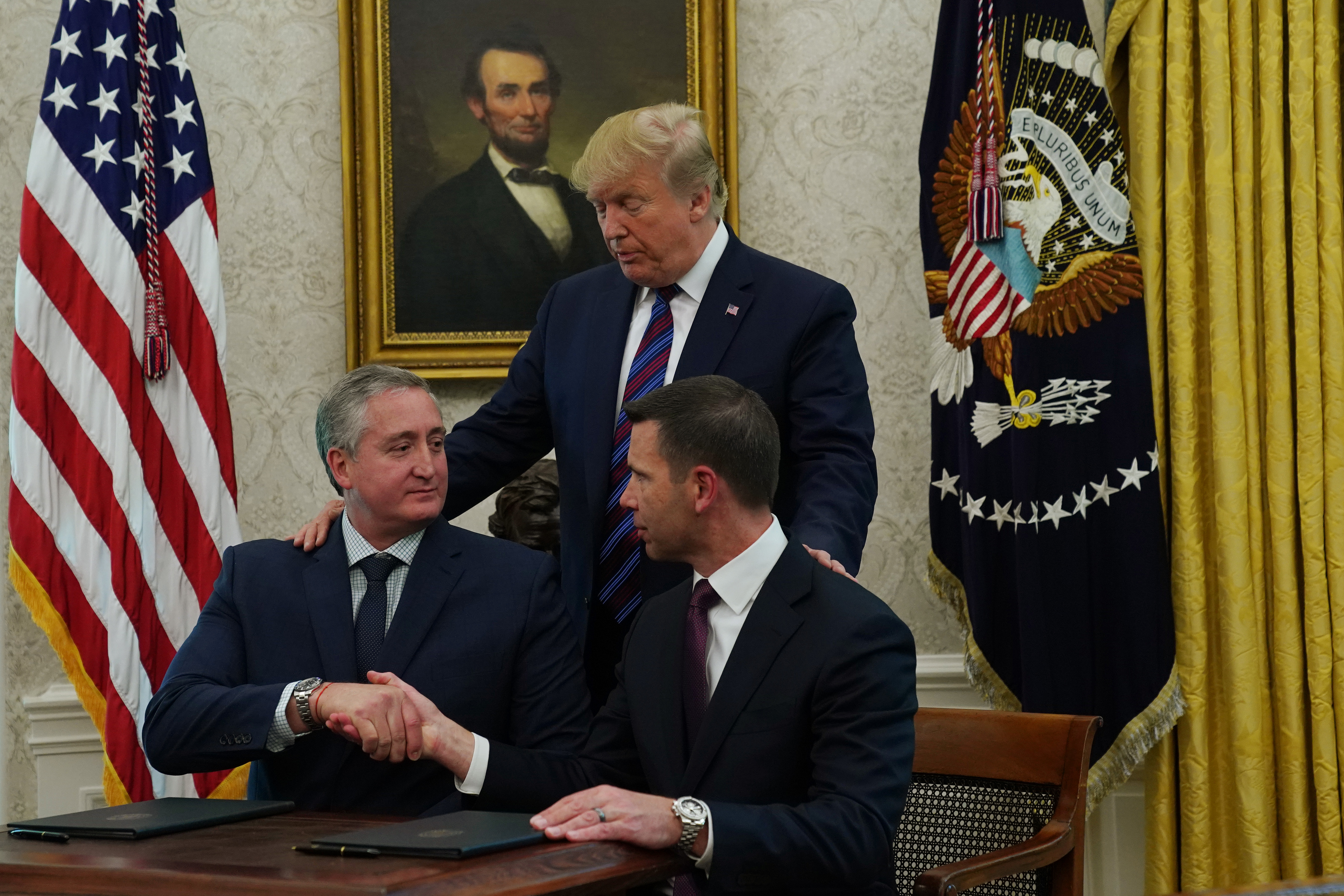 McAleenan is expected to meet with both of the leading candidates during his trip and will tout the benefits of remaining in the deal. A draft DHS memo obtained by Buzzfeed News indicates that McAleenan is willing to offer both candidates a return of U.S. aid.

Washington, D.C. for years delivered millions in economic aid to Central American countries, but the Trump administration in June withheld the funds, citing their lack of cooperation on the immigration crisis. (RELATED: Trump Withholding Hundreds Of Millions In Aid To Central America As Immigration Crisis Rages On)

Becoming a safe third country is extremely unpopular among Guatemalans. Citizens took to the streets to protest after Morales’s administration entered into the agreement. Guatemala’s highest court will decide if the deal must be ratified by Congress, where opposition is strong, and if the Interior Minister had the legal authority to sign it.

Trump has also pressured Mexico into entering into a safe third country agreement, but Mexico President Andres Manuel Lopez Obrador has so far bucked his calls.