President Donald Trump pushed the budget deal the Republican-controlled Senate is set to vote on Thursday by reminding lawmakers that “there is always plenty of time to cut.”

“Budget Deal is phenomenal for our Great Military, our Vets, and Jobs, Jobs, Jobs! Two year deal gets us past the Election. Go for it Republicans, there is always plenty of time to CUT!” Trump wrote Thursday on Twitter.

Congressional leadership struck the deal on July 22. The agreement raises the debt ceiling for two years and increases Pentagon spending by $22 billion to $738 billion for the next fiscal year. It increases non-defense spending by $27 billion to $632 billion. The agreement offsets roughly $77 billion through moves like extending customs fees. (RELATED: Democrats In Congress Probably Won’t Like The Budget Deal)

Several Senate Republicans have openly criticized the deal. Republican Kentucky Sen. Rand Paul came out swinging on the bill Wednesday, saying it “marks the death of the Tea Party movement in America,” according to Fox News. 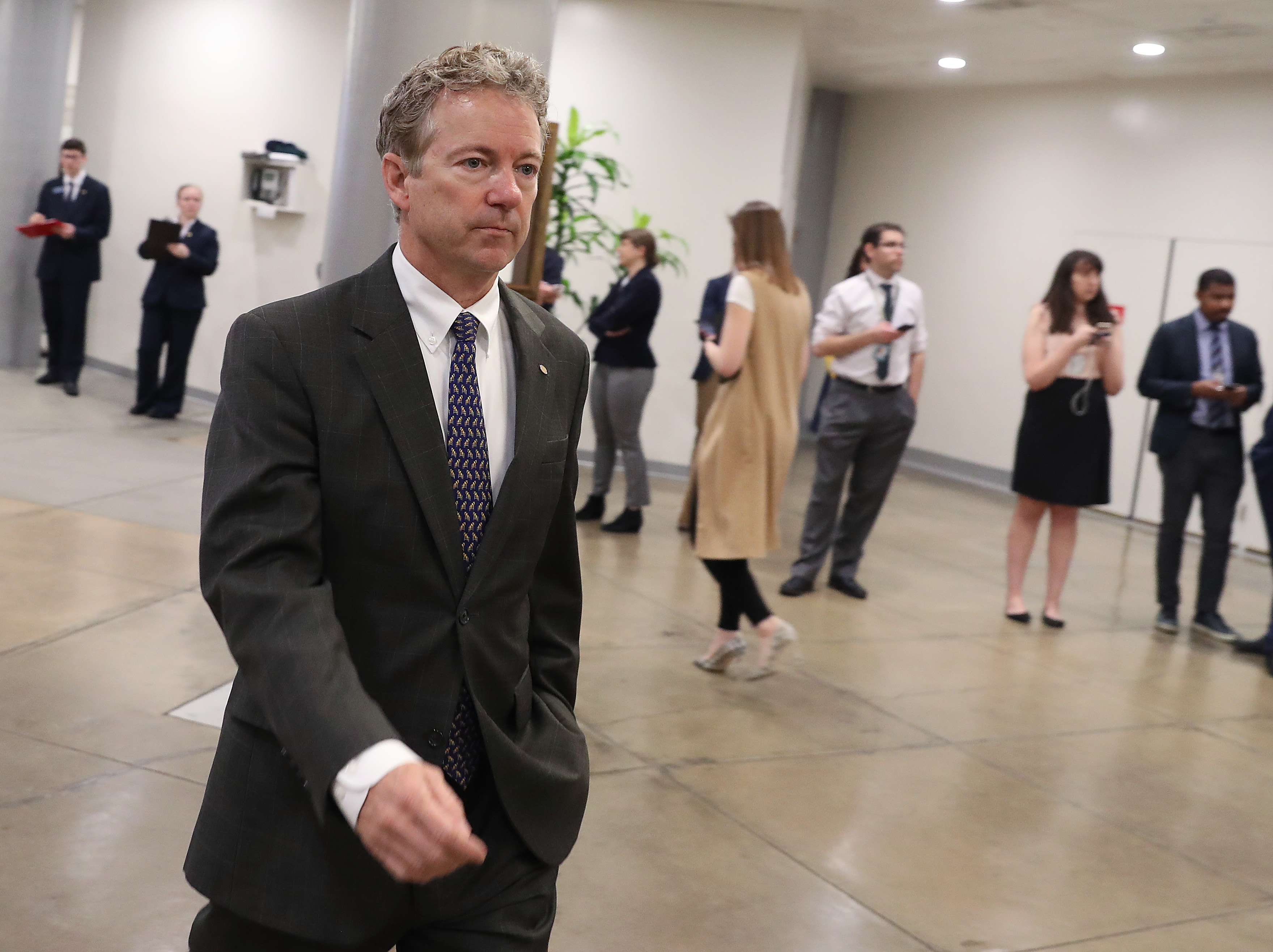 Sen. Rand Paul walks through the U.S. Capitol prior to the Senate voting to overturn the President’s national emergency border declaration, at the U.S. Capitol on March 14, 2019 in Washington, D.C. (Photo by Mark Wilson/Getty Images)

“Both parties have deserted – have absolutely and utterly deserted – America and show no care and no understanding and no sympathy for the burden of debt they are leaving the taxpayers, the young, the next generation and the future of our country,” Paul said on the Senate floor. “The very underpinnings of our country are being eroded and threatened by this debt.”

“Here we are, $22 trillion in debt, trillion-dollar deficits and we’ve got this abomination coming across,” Braun said in a statement according to Newsweek. “It’s sad.”

But House Democrats will find it hard to negotiate for policy changes using the deal, like pushing for federal funding of abortion as prohibited by the Hyde Amendment or clamping down on Trump using Pentagon funding for building a U.S.-Mexico border wall.