Jimmy Kimmel slammed President Donald Trump and “politicians” who he accused of not caring about what people think when it comes to mass shootings.

The comments came Monday during a discussion at the Television Critics Association panel hosted by the late-night talk show host of “Jimmy Kimmel Live!” when asked about his thoughts on gun control and Trump’s response to the deadly weekend of mass shootings that left dozens of people dead in both El Paso, Texas and Dayton, Ohio, per Fox News. (RELATED: Chuck Schumer Coached Jimmy Kimmel Behind The Scenes On How To Oppose Obamacare Repeal) 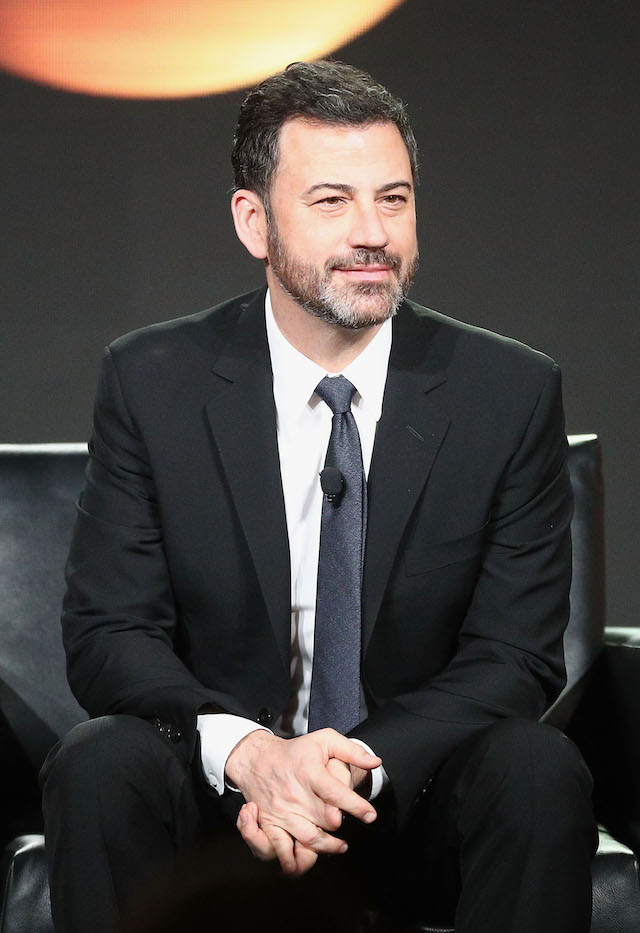 “Well, [Trump] handles everything beautifully as we know. I think it’s horrible,” the 51-year-old talk show host shared during a panel called “A Conversation with Jimmy Kimmel.” “I think now there is an expectation that late-night talk shows will address these horrible things and I wish we didn’t have to, but nobody’s doing anything about it at all.” (RELATED: Jimmy Kimmel: Conservatives Are Too Dumb To Be Talk Show Hosts)

“And we seem to forget about these tragedies nationally four days after they happened,” he added. “If I know that I don’t have any thoughts that are new or groundbreaking, then usually by the time we get on the air there’s been 24, 48 hours of news coverage.”

Kimmel continued, “But to just remind people that 97 percent of Americans believe that we should have background checks for gun purchases at gun shows, and our politicians don’t seem to care about what we think anymore.”

Kimmel has repeatedly used his show to get political or attack Trump over the last few years regarding a wide variety of topics including health care.