Jimmy Kimmel thinks conservatives are too dumb to be talk show hosts.

“It just so happens that almost every talk show host is a liberal and that’s because it requires a level of intelligence,” the host of “Jimmy Kimmel Live” said at an event Saturday night. 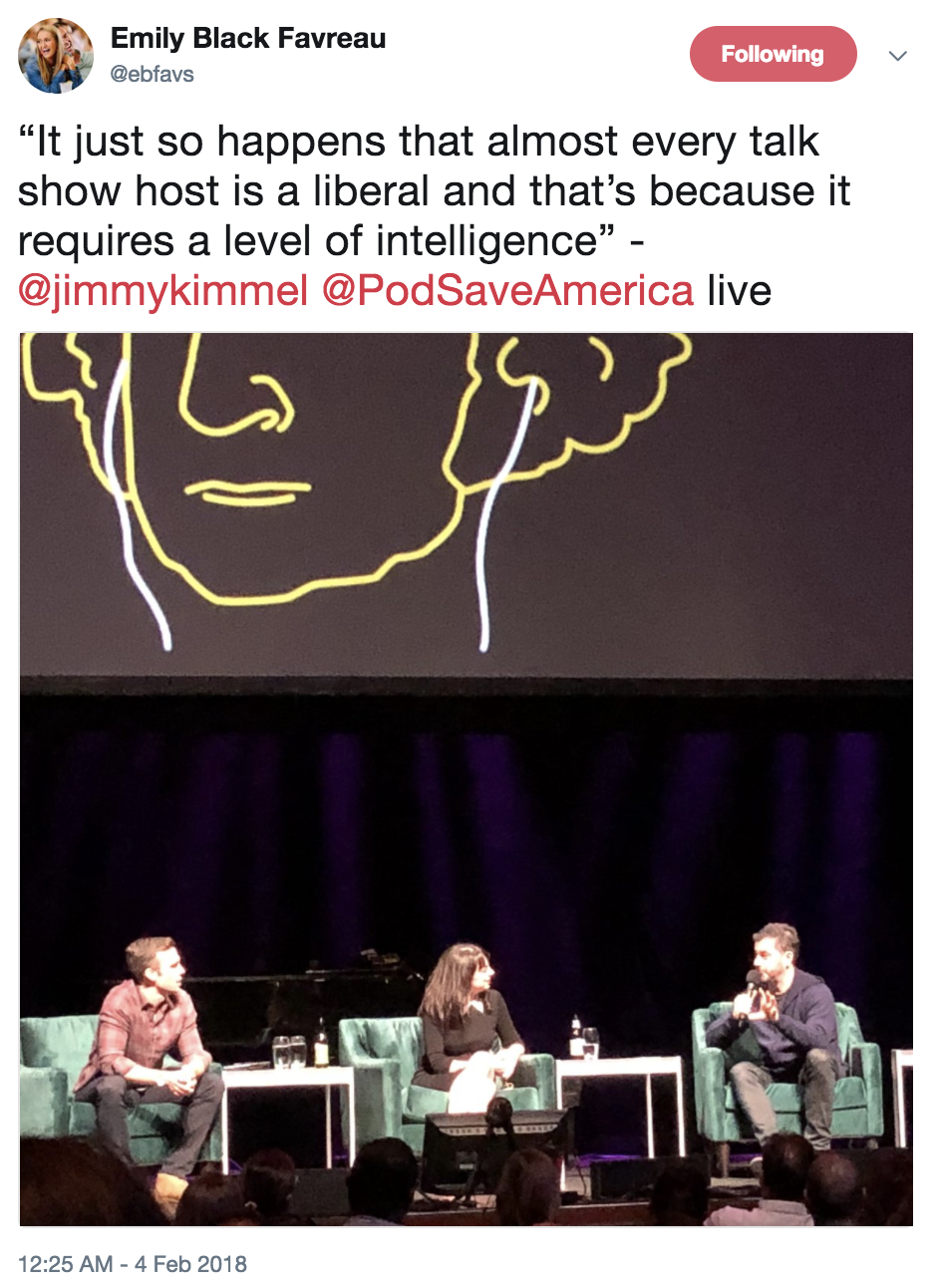 Kimmel made the comment at a live event for liberal podcast “Pod Save America.” Conservatives on Twitter immediately slammed Kimmel for the comments.

That moment when Jimmy Kimmel called half the country (and his potential audience) unintelligent. https://t.co/kfJsMs2AwT

Really? Because Kimmel’s a host and is stupid enough to think political party is a proxy for intelligence.

How does this jibe with his Neanderthal misogyny on THE MAN SHOW? https://t.co/u2FCt8PAhD

Kimmel blamed gun “nuts” for the Las Vegas mass shooting in October. That same month, Kimmel said he was fine losing Republican viewers because he “probably wouldn’t want to have a conversation with them anyway.”