Following a shooting in Ohio, state representative Candice Keller blamed liberal causes, such as “homosexual marriage” and “open borders,” for the violence.

Keller represents a district 25 miles southwest of Dayton, Ohio, the location of a shooting that resulted in nine deaths Saturday. Less than a day after the mass act of violence, Keller expressed her belief that mass shootings and acts of violence against the public are symptomatic of societal decay rather than failed gun control policy.

“After every mass shooting, the liberals start the blame game. Why not place the blame where it belongs?” Keller asked. She concluded that “the breakdown of the traditional American family” and “the culture, which totally ignores the importance of God and the church,” are ultimately responsible for tragedies like the Dayton shooting. 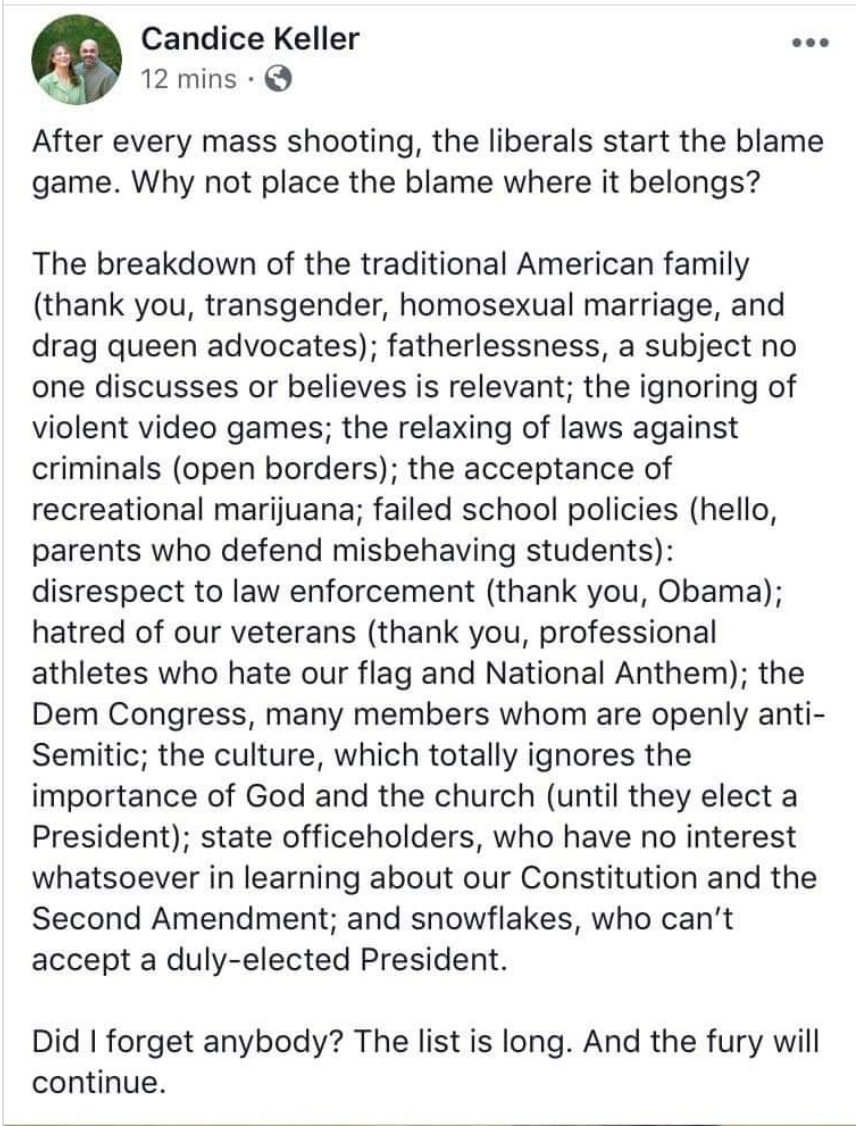 A screenshot of Keller’s Facebook post that has been posted around the internet by supporters and dissenters alike. (Facebook/Ohioans Against Candice Keller)

Keller has since deleted her Facebook post. But this has not stopped other Ohio politicians from expressing their disdain for her opinion.

Cincinnati Councilman Chris Seelbach took personal offense to Keller’s commentary, as he is a married homosexual.

And marijuana.
And “transgender”
And “drag queen advocates” ME AGAIN!
And Obama
And Open Borders.

No, m’am. The blame belongs to the evil man who killed those people. pic.twitter.com/uBHI3fPf3M