Daniel Cameron, a black Republican running for Kentucky attorney general, fired back on Wednesday after being told to “stop eating the ‘Coon Flakes’ the White House is serving” by a local radio host and attorney.

“I’m a proud lifelong Republican, part of a diverse Kentucky Republican Party ticket, and yes I support President Donald Trump,” Cameron told the Daily Caller News Foundation. “I have unfortunately been called much worse as a black Republican and it is enough. I support life, secure borders, and am proud of my faith. It is time for liberals to stop telling black Americans what we are allowed to believe and what party we are allowed to support.”

Yesterday, a liberal attorney said I should stop eating “coon flakes” in a @CourierJournal interview. I am a proud lifelong Republican, part of a diverse @KYGOP ticket, and yes I support @realDonaldTrump. It’s time to stop telling black Americans what we’re allowed to believe

“How does a person of color proudly flaunt an endorsement from a president who is clearly racist and is determined to oppress the very people that gave Mr. Cameron life? … My suggestion to Mr. Cameron is to stop eating the ‘Coon Flakes’ the White House is serving,” she said according to the Louisville Courier Journal. “Daniel is slapping all the black ancestors in the face. All their hard work, struggles and even death means nothing to him.” 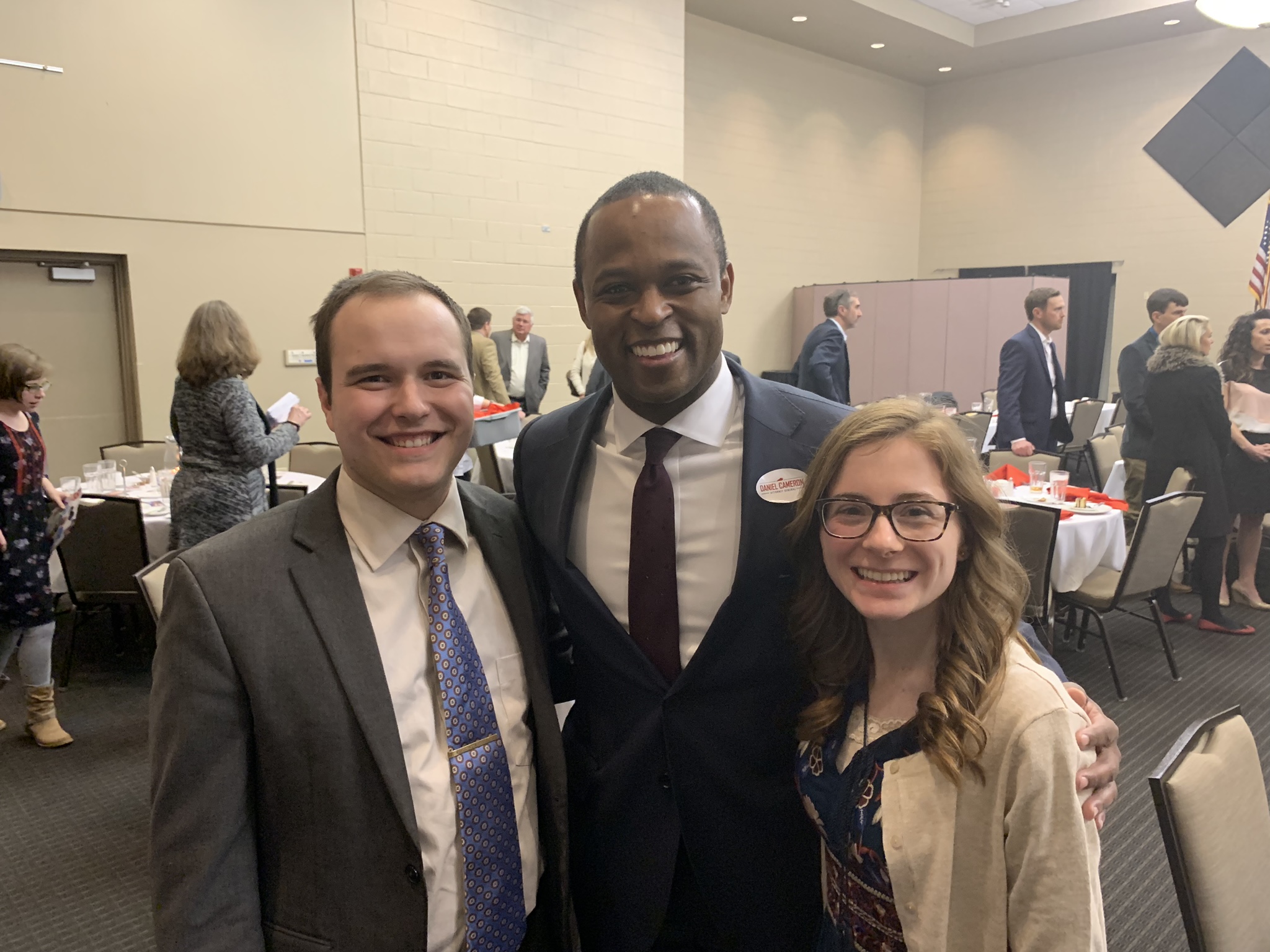 Cameron supporter OJ Oleka, who is also a black Republican, called Elliott’s terminology “disgusting,” according to the Courier Journal.

“The Kentucky Republican Party has nominated a black man to be in charge of law enforcement,” said Oleka, who is the state treasurer’s chief of staff. “I believe that is the first in the South, and that is not only consequential for our electability as black people, it also means a whole lot of something as what that could accomplish.”

Cameron, who is 33, is running against 67-year-old Democrat Greg Stumbo.

Stumbo stumbled at the annual Fancy Farm gathering Saturday, a political event where both candidates for attorney general spoke, after comparing Cameron to a child, something perceived as a racist trope.

“The attorney general’s office is always open to children, so they can see how we run the office,” Stumbo said according to the Courier Journal. “But Daniel, we don’t let children run the thing.”

Stumbo’s team quickly walked back accusations that the “children” line was racially charged.

“The one-liner had nothing to do with ethnicity and everything to do with Mr. Cameron’s lack of qualifications for the office of attorney general,” Stumbo campaign spokeswoman Meredith Scalos said.

Elliot did not immediately respond to the DCNF’s request for comment.