“We are honored to endorse these three candidates as part of a new generation of Democrats who will fight for Medicare for All, a Green New Deal, free college, and ending mass incarceration and deportation,” Justice Democrats executive director Alexandra Rojas said in a statement, according to The Hill. (RELATED: 30-Year Democratic Congressman Gets Progressive Challenger Backed By Justice Democrats)

Neal has been in office for 30 years and is chair of the powerful House Ways and Means Committee. He has been attacked from the left for not going after President Donald Trump’s tax returns quickly enough. 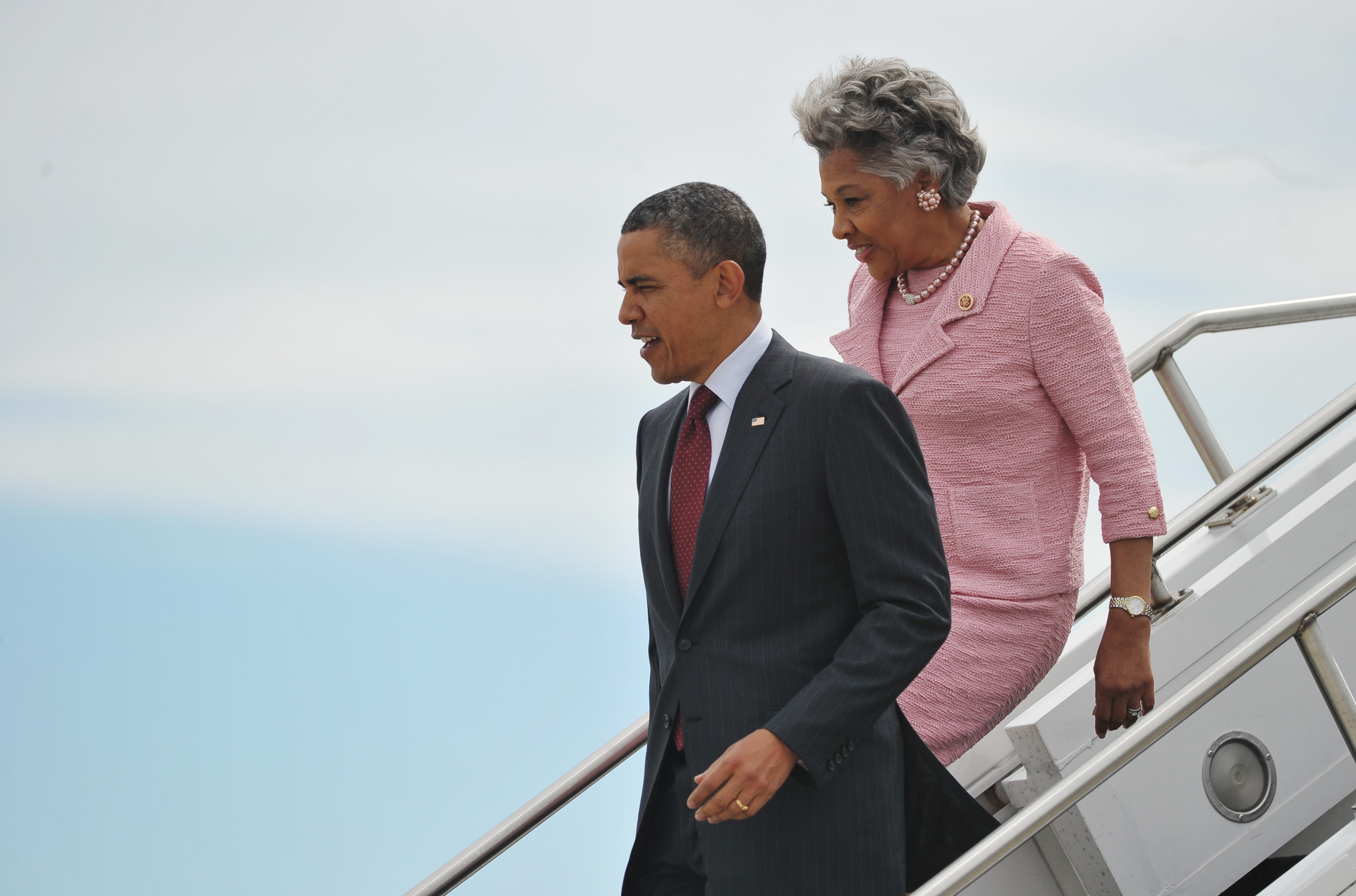 US President Barack Obama steps off Air Force One with Rep. Joyce Beatty on May 5, 2013 upon arrival at Rickenbacker International Airport in Columbus, Ohio. Obama is in Columbus to deliver the commencement address at Ohio State University. (MANDEL NGAN/AFP/Getty Images)

Neal’s challenger was born the same year the congressman took office. Morse, a millennial, is openly gay and declared his city a sanctuary for undocumented immigrants, according to The Hill.

Beatty has been in office for six years and is vice chair of the Congressional Black Caucus. Her challenger, Harper, was in foster care as an infant and grew up to earn degrees from Princeton and Stanford, according to her website.

Justice Democrats also announced in June they are supporting Jamaal Bowman, an educator challenging long-serving Democratic New York Rep. Eliot Engel. The congressman, who is Jewish, criticized Democratic Minnesota Rep. Ilhan Omar after she slammed “the political influence in this country that says it is okay to push for allegiance to a foreign country,” apparently referring to Israel, in March.

Omar is one of seven incumbents Justice Democrats endorsed.