Democratic Sen. Sheldon Whitehouse of Rhode Island filed a legal brief before the Supreme Court in a challenge to New York City’s gun transportation regulations, advancing a broad indictment of the Roberts Court itself as he urged the justices to turn away the NRA-backed case.

The brief, which follows back-to-back mass shootings in El Paso, Texas and Dayton, Ohio, accuses the justices of delivering partisan decisions for monied Republican interests while warning of lasting damage to the Supreme Court’s legitimacy.

The case pertains to an ordinance, since amended, regulating gun transportation in New York City. The ordinance authorized licensed gun owners to carry firearms to and from gun ranges, and forbade the removal of firearms from city limits. The plaintiffs are city residents who wish to transport their firearms to vacation homes for self-defense and to shooting competitions outside the five boroughs.

Though a trial judge and the 2nd U.S. Circuit Court of Appeals upheld the ordinance, the Supreme Court agreed to hear the dispute in January. Thereafter, the city amended its ordinance and asked the justices to dismiss the case as moot, saying the new rules give the plaintiffs everything they sought in court.

The Whitehouse brief urges the Court to follow that course, saying separation of powers principles restrict the courts to deciding real and ongoing controversies, not abstract questions.

Yet Whitehouse believes the contemporary Supreme Court has ignored those concepts and abandoned neutral procedural rules to deliver victories for conservative political interests. He claimed the Court employs several methods to circumvent those safeguards, like stealth-overruling precedents — in which the justices refuse to extend past cases to new contexts — or using subtle language to encourage litigants and influence future cases.

The 2018 Janus decision is a case in point in Whitehouse’s view. Janus involved a First Amendment challenge to so-called agency fees non-union members paid to organized labor for collective bargaining. The Supreme Court authorized those mandatory dues in a 1977 case called Abood. Long a pet peeve of right-leaning jurists, the conservative justices criticized Abood in a pair of cases from 2012 and 2014, effectively inviting lawsuits against agency fee arrangements. By the time the Court agreed to hear the Janus case, the outcome was something like a fait accompli.

“Obviously, the Court is not standing back in dispassionate form and ‘calling balls and strikes’ when it is laying the groundwork for future policy changes or soliciting opportunities to change policy,” Whitehouse wrote, in reference to the chief justice’s famous comparison of judges to umpires during his 2005 confirmation hearing for the Supreme Court. (RELATED: Second Amendment Cases Loom Over Supreme Court After Back-To-Back Massacres) 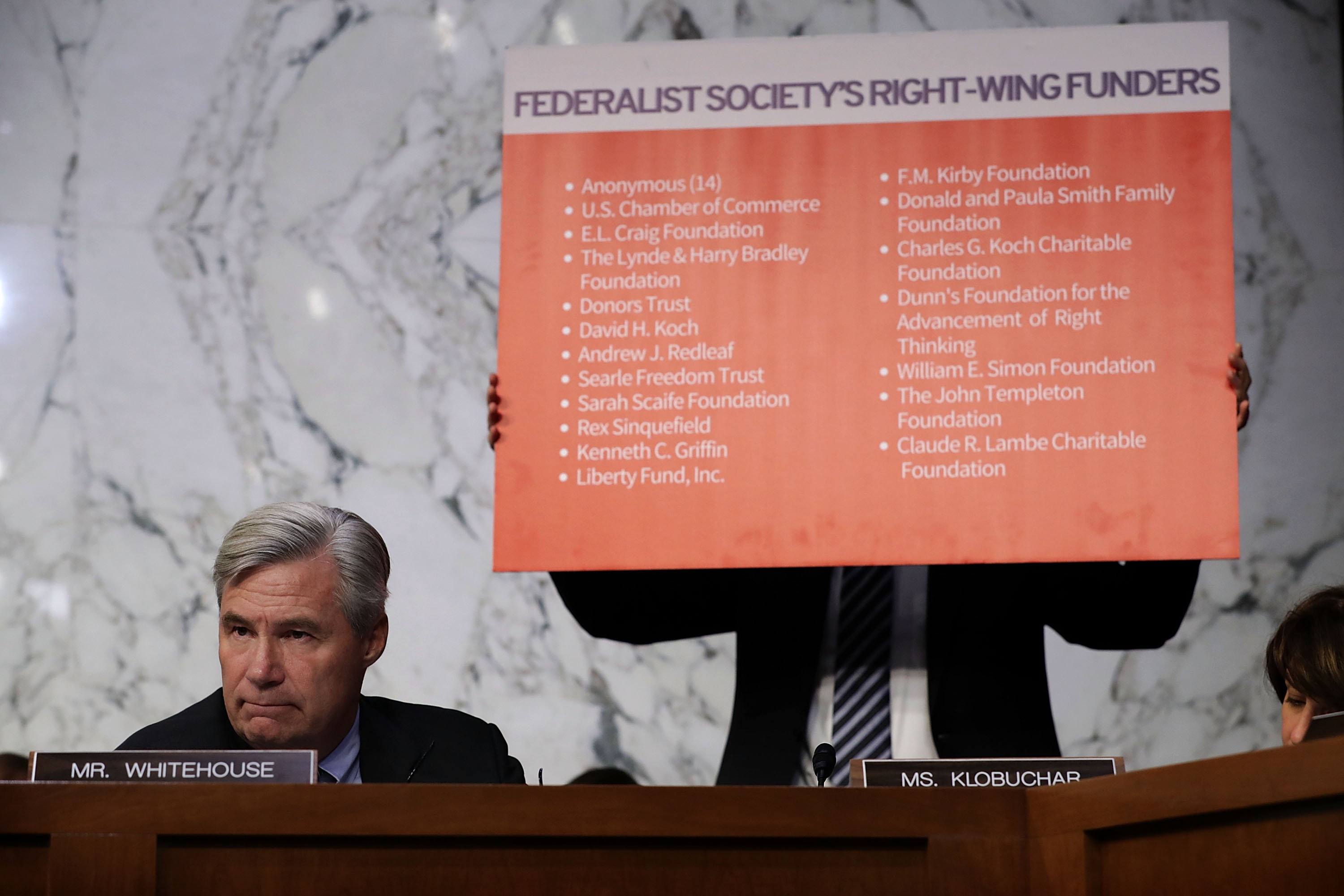 The NRA is supporting the New York plaintiffs. Whitehouse connected their support to NRA political activities surrounding Justice Brett Kavanaugh’s confirmation. The organization spent $1.2 million on television advertising promoting Kavanaugh as a pro-gun tie-breaker in Second Amendment cases. With Kavanaugh confirmed, Whitehouse accused the NRA and its affiliates of waging “an industrial-strength influence campaign” against the Court with a torrent of pro-gun amicus briefs.

All told, Whitehouse said the “explosion” of strategic litigation supported by right-wing legal groups with common funding sources was dangerous to the judiciary.