The Supreme Court should dismiss a challenge to New York City’s gun transportation ban because a new ordinance will moot the case, city lawyers told the justices Wednesday.

The ordinance and a newly enacted state law will give the plaintiffs who challenged the transportation ban everything they have sought in court, making dismissal the appropriate course, city lawyers wrote in a letter to the high court.

“The new city regulation gives petitioners everything they have sought in this lawsuit,” assistant corporation counsel Richard Dearing wrote. “The new state law, upon signature by the governor, will make the case doubly moot.”

If the case is not dismissed, the city will continue arguing the dispute is moot in a legal brief due Aug. 5. They will not address the merits of the controversy, Dearing wrote.

“If, however, this Court prefers to allow briefing (and potentially oral argument) to play out, respondents will file a brief on the designated due date maintaining in greater detail that the case is moot,” the letter reads.

“Respondents do not intend to address whether the Constitution entitles petitioners (or any other residents of New York City with premises licenses) to transport their handguns from their homes in the city to second homes, or to firing ranges or shooting competitions beyond municipal borders, where they have a legal right to possess them. Respondents no longer have any stake in that legal question,” it adds.

The city seemed to acknowledge that the high court’s decision to review its gun regulations drove its decision to adopt new rules. Defending its transportation restrictions before the Court’s newly entrenched conservative majority seems a forbidding task for city lawyers.

“It does not matter whether the defendant previously defended the now-defunct law,” the letter reads. “Nor does it matter whether this Court’s grant of review contributed to the government’s decision to take a fresh look at its legal regime.”  (RELATED: It’s Not Donald Trump’s Supreme Court Yet) 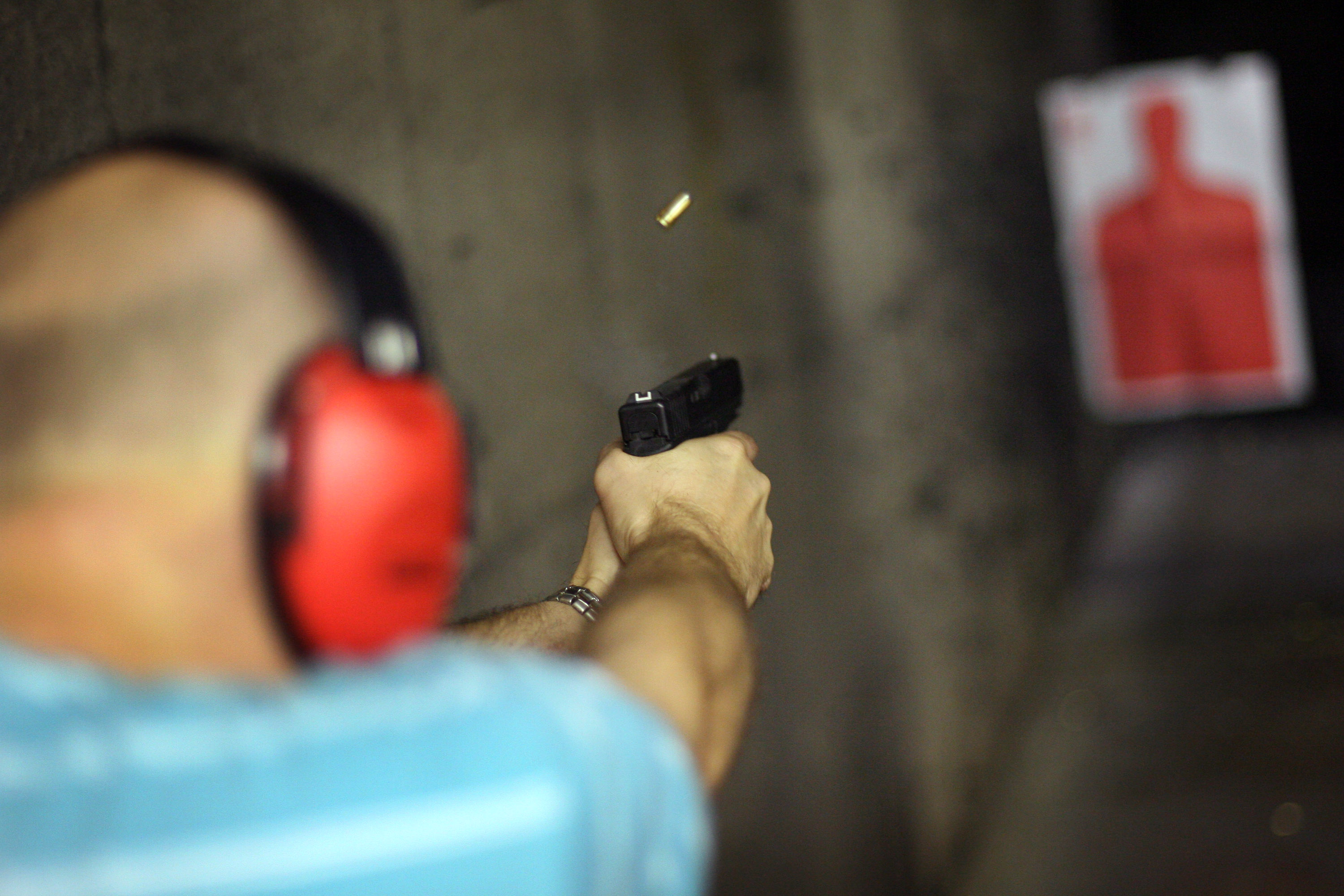 A marksman shoots his Glock pistol at the DFW Gun Range and Training Center in Dallas, Texas (Rick Gershon/Getty Images)

The New York ordinance at issue in the case permits licensed gun owners to carry firearms to one of seven authorized gun ranges in the city. License-holders are not permitted to transport their weapons outside the city. Three city residents and the New York State Rifle and Pistol Association sued the city, alleging those restrictions violate the Second Amendment. The plaintiffs want to bring their firearms to second homes and shooting competitions outside the city.

The 2nd U.S. Circuit Court of Appeals upheld a district court ruling that sided with the city. In their letter to the high court, city lawyers said the 2nd Circuit’s decision should be lifted now that the case is moot.

The Supreme Court decided to hear the case in January. It is the first gun rights case the justices have heard in almost a decade. The Trump administration is supporting the plaintiffs.