A man who lost his 63-year-old wife in the El Paso, Texas, Walmart shooting invited the public to attend the funeral because he has no family in the area, a funeral home said Tuesday.

Margie Reckard was one of 22 people killed when a gunman opened fire in a Walmart on Aug. 3. Reckard was battling Parkinson’s disease, according to Harry Dean Reckard, one of her sons.

“When I met her, she was an angel, and she still is,” Antonio Basco, her husband, said, according to K-FOX TV of El Paso. “I was supposed to be the strong one, but I found out I’m the weak one, and she’s going to be missed a lot.” 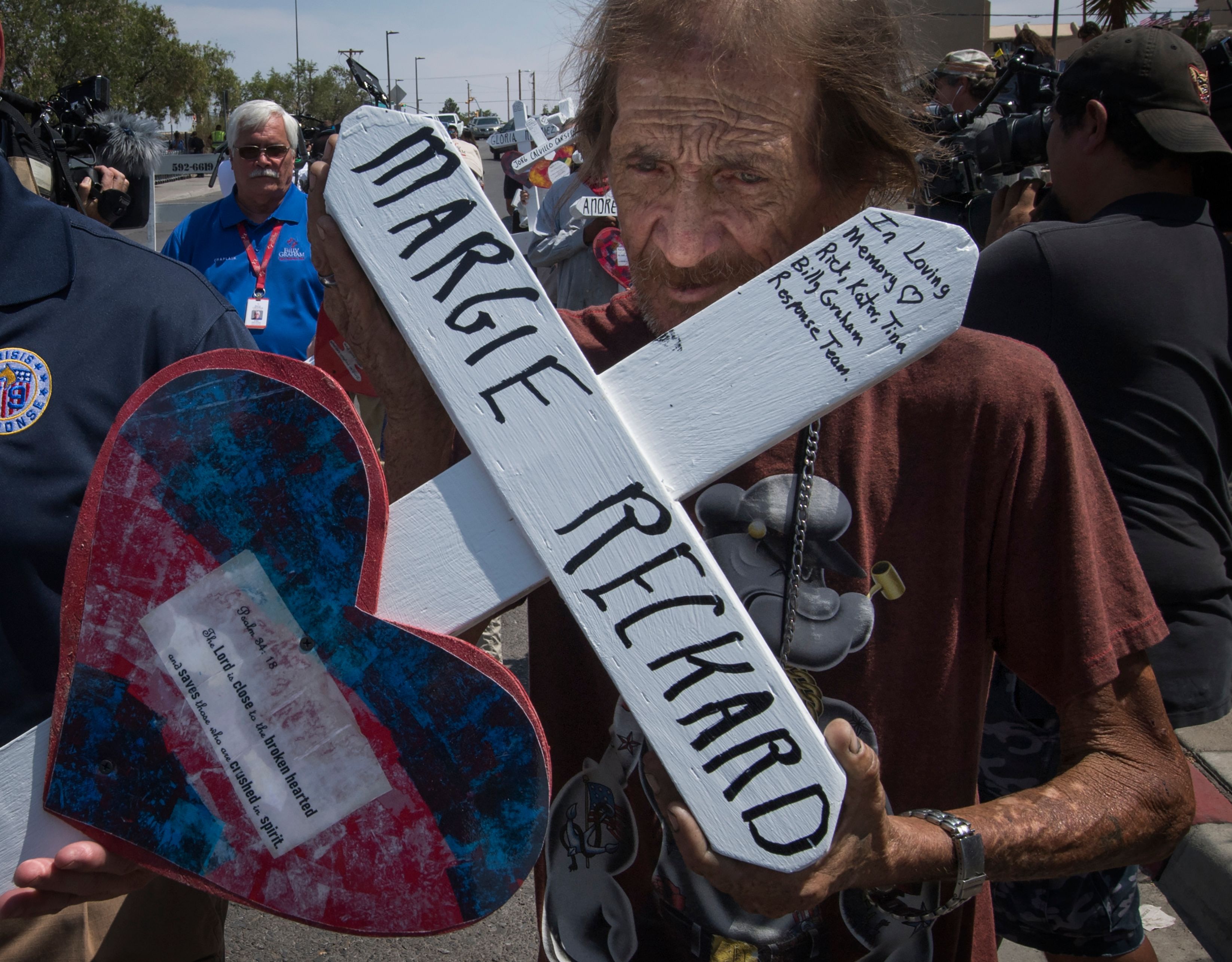 Antonio Basbo holds the cross of his common-law wife Margie Reckard who died in the shooting as he walks to a makeshift memorial after the shooting that left 22 people dead in El Paso, Texas, on August 5, 2019. (MARK RALSTON/AFP/Getty Images)

Some of Reckard’s family will be coming from out of town for the funeral, KTSM of El Paso reported. Basco and Reckard had been together for 22 years, and moved to El Paso a few years ago, according to Harry Dean. Reckard has another son and a daughter. (RELATED: Beto Says Attacks Like El Paso Will Happen Again As Long As Trump Is In Office)

“When we first met, that feeling came to each one of us, to each other, and we’ve been together ever since,” Basco added, “We were going to live together and die together that was our plan.”

“I mean you didn’t even have to be there to talk to her, you could just look at how she was, how she acted, how she presented herself she was an awesome lady. You see Margie, more or less was the brains of the family.”

The alleged Walmart shooter surrendered to police and has been identified as 21-year-old Patrick Crusius. He is believed to have written an anti-immigrant manifesto shortly before the attack and told police that he was targeting “Mexicans.” Fourteen hours later, a second gunman killed nine people in downtown Dayton, Ohio.