Virtually every single one of Hillary Clinton’s emails were sent, potentially secretly, to a cryptically named Gmail address, according to a new Senate report.

The finding, which has not been previously reported, means that Clinton’s emails, including classified ones and ones which were later deleted, likely existed on Google’s U.S.-based servers. The FBI said in the report that it knew this — and of the suspicious explanation for it — but did not alert other intelligence agencies or the public, according to the report.

The FBI says that the suspicious Gmail address was set up by an IT aide, Paul Combetta, who worked for a company that managed Clinton’s server. Combetta is the same IT aide who used BleachBit to permanently erase copies of Clinton’s emails after they were subpoenaed by the House, misled the FBI about it, and was given immunity from prosecution, all while asking for basic computing advice on Reddit.

Combetta refused to cooperate with the Department of Justice Inspector General and with the authors of the Senate report about his use of the cryptic email address. He previously pleaded the Fifth before Congress in September 2016 about his deletion of emails.

Combetta worked for Platte River Networks, a technology company in Colorado that began managing Clinton’s email server when she decided to house it more professionally than the homemade server in her basement.

Charles McCullough, the Intelligence Community Inspector General, and his investigator Frank Rucker discovered that every one of Clinton’s emails except four were secretly copied to the cryptically named email address, CarterHeavyIndustries@gmail.com, according to the report.

But when Rucker brought the findings to Peter Strzok, the anti-Trump agent who was in charge of the Clinton case for the FBI, he seemed uninterested and did not ask any followup questions, Rucker told Senate investigators.

Staff for GOP Sens. Ron Johnson of Wisconsin and Charles Grassley of Iowa interviewed Rucker, and released a redacted and paraphrased version of the interview transcript on Wednesday.

Rucker “said that the Carter Heavy Industries email address isn’t somebody Secretary Clinton intentionally communicated with, but it appears in the metadata of almost all of her emails,” the transcript said.

“Mr. Rucker said that his first interaction [with the FBI on the case] was dropping off a packet of information which contained a single printed email that he told the FBI was ‘not a good sign.’ In this email, he said, Secretary Clinton replied to an email that she never received,” it continued.

Peter Strzok testifies before a joint committee hearing of the House Judiciary and Oversight and Government Reform committees. (Photo by Chip Somodevilla/Getty Images)

“Mr. Rucker said that Mr. Strzok seemed to be ‘aloof and dismissive.’ He said it was as if Mr. Strzok felt dismissive of the relationship between the FBI and ICIG and he was not very warm,” the transcript said.

Rucker also told investigators that an email on Clinton’s server from former congressman and convicted sex offender Anthony Weiner said that Weiner’s email had been hacked and configured to forward all his emails to someone else, further raising Rucker’s suspicions that something similar could be happening on Clinton’s server.

Rucker said that the FBI refused to tell him the explanation for the email address, leaving him concerned.

“Mr. Rucker said that he asked Dean Chappell at the FBI to tell him what Carter Heavy Industries means and how it was inserted into Secretary Clinton’s emails, but he never found out from him or anyone else at the FBI,” the transcript said.

He asked the FBI in an email, “If there is a point in all of this when you (or someone on the team) could explain it to me further, I’d appreciate it,” but the bureau never did, even though ICIG and other agencies had “equities” in the data, according to the report.

“He said he believes that out of professional courtesy it would have been nice if the FBI give them an update on whether they were on to something, or whether it was nothing.” (RELATED: ICIG Agents Conducting Clinton Probe Were Spied On For Weeks, Had Computers Stolen And Trash Sifted Through)

The report says that through his lawyer, Combetta refused to speak to both the DOJ IG and Senate investigators, and that “neither the DOJ OIG nor the ICIG have the authority to compel non-agency individuals to provide testimony.”

But his lawyer told the DOJ IG that Combetta simply “made-up” the name Carter Heavy Industries, the report said. He created it in 2012, before Clinton hired Platte River Networks. He told Strzok that in 2014, Clinton aide Monica Hanley mailed him an old laptop containing Clinton’s emails from 2010.

After moving the emails to her new server, he was supposed to wipe the laptop and then mail it back to Hanley, but there is no evidence that he did, according to the DOJ IG, suggesting that a laptop containing Clinton’s emails may be unaccounted for.

Combetta told the FBI that he forwarded all the emails to the Carter Heavy Industries address as an intermediary step in moving the files from the laptop to the server, according to the Senate report.

Platte River Networks did not respond to the DCNF’s questions about why he would take this unusual move, and it is unclear why he would use a cryptically named account or why he uploaded Clinton’s emails to a cheap and widely used email service while paying for a custom server.

Perhaps related, Combetta frequently posted to the website Reddit, asking how to perform basic computer tasks, most infamously posting that he needed to erase details for a “VERY VIP” client.

In short, Clinton’s emails had been uploaded to Gmail and her server still appeared to fall short of even basic IT practices for a small business, even after she hired a professional company and moved it out of a basement.

But neither the Clinton campaign nor the FBI acknowledged it, despite years of congressional investigations seeking every detail.

Even as FBI agents believed that Combetta lied to them repeatedly — saying he did not delete emails — prosecutors gave him immunity, at which point he confessed to doing so.

The FBI subpoenaed the Carter Heavy Industries account and said “business records show that the account was created by a subscriber whose phone number was registered to Combetta, and account logins in 2015 and 2016 were from an IP address linked to the location where Combetta lived and worked remotely for PRN,” according to the Senate report.

Frustrated by the FBI’s attitude to a possible national security issue, ICIG McCullough and Rucker, the ICIG investigator, did basic research that found that a company with a similar name, Shandong Carter Heavy Industry Machinery Co., was based in Shandong, China, according to the Senate report. Shandong is a province that houses multiple schools where Chinese hackers allegedly study and infiltrate Western systems.

But the ICIG investigators didn’t believe that aspect of the probe was within their jurisdiction and that it was the FBI’s responsibility. Additionally, without having access to Clinton’s server, they were limited in what they could do.

In August 2018, the Daily Caller News Foundation reported that intelligence officials said Clinton’s emails were intercepted by a third party that they believed was tied to China.

Though the Senate report was billed as a “majority” report by Grassley and Johnson, Sen. Dianne Feinstein had more interviewers in the room than Johnson. McCullough has said that the California Democrat pressured him to resign. Feinstein also had an alleged Chinese spy on her payroll for decades, and when the FBI brought it to her attention, she asked him to retire. 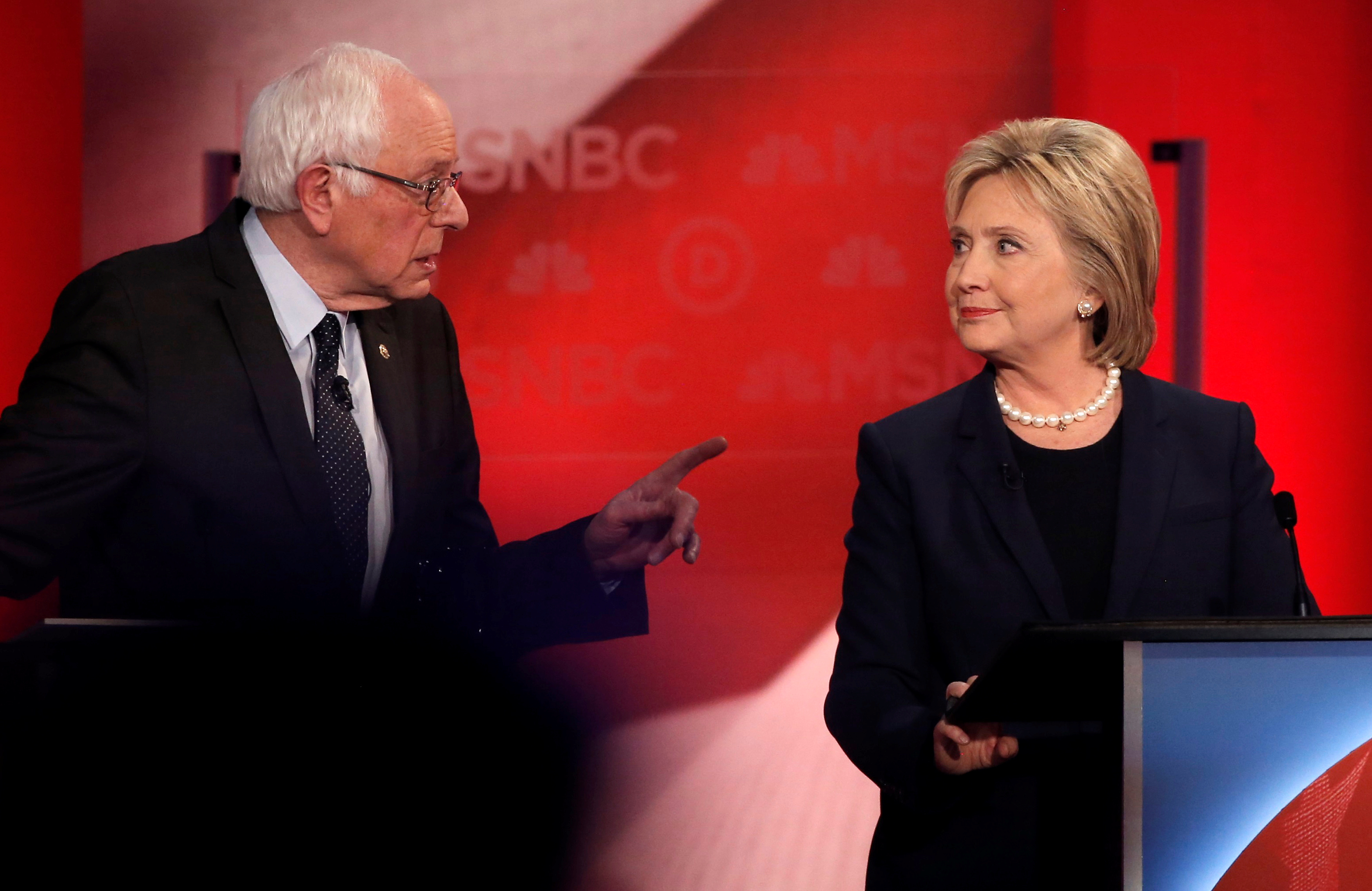 There are likely contradictions in the timeline laid out. For example, when Rucker provided the information to the FBI initially in January 2016, bureau investigators said “we were aware of the one thing you found.” But Combetta reportedly did not tell the FBI about his role in the account until a month later — on the very same day that Rucker met in person with a uninterested-seeming Strzok.

In June 2018, the DOJ IG released a lengthy report examining the FBI’s bias or lack thereof in its election investigations. It made mention of a “dummy account” used by Combetta, but did not explain that all of Clinton’s emails had been copied to Gmail. FBI personnel, including Strzok, repeatedly declined to explain this, even when pressed about the mysterious third-party email account, including by Republican Rep. Louie Gohmert of Texas during a televised hearing on July 12, 2018.

In June 2018, the DOJ OIG interviewed FBI official Chappell who said he “did not remember receiving anything from him related to evidence of hostile intrusions or email routing data,” the Senate report says. That July, Strzok told Gohmert he didn’t remember what Rucker told him.

The Senate report also says that both FBI officials denied remembering anything Rucker told them.

“The trouble is the version of the truth that’s come out now only raises more questions,” Gohmert told the Daily Caller News Foundation Thursday.

“When Peter Strzok said I remember Rucker coming over but I don’t remember anything we talked about, that’s when I knew he was lying,” Gohmert continued. “Whether they knew about it before or not, there’s no way that kind of blockbuster info would not have made an impression on Strzok as head of intelligence. You’re disinterested because you don’t want to know or you don’t want anyone else to know.”

“It raises more questions about the honesty and integrity of those in the FBI that they gave a pass on this and during the House and Senate inquiries into this, nobody mentioned that he had set up another address,” he said. “It makes the FBI look either incompetent or dishonest, because it didn’t come out from the FBI until the ICIG was so forthcoming that the FBI had no choice.”

“I think Combetta ought to be prosecuted,” Gohmert, a former judge, said, adding that typical immunity deals can be canceled if the person has lied at any point. “And just because there’s incompetence, doesn’t mean there’s not also conspiracy there.”