Virginia’s Gloucester County School Board will appeal a federal judge’s finding that its bathroom policy unlawfully discriminates against transgender students.

“The school board is complying with that order while it pursues an appeal,” the board said in a statement. The 4th U.S. Circuit Court of Appeals will review Allen’s decision. The school board’s notice of appeal did not appear on the trial court’s docket as of this writing.

The plaintiff in the case is Gavin Grimm, an alum of the Gloucester County schools who identifies as a trans man. A psychologist diagnosed Grimm with gender dysphoria in 2014. Since then, Grimm has undergone hormone therapy and chest reconstruction surgery.

A school administrator gave Grimm permission to use men’s bathroom facilities after the diagnosis. Thereafter, the school district adopted a policy requiring students to use the bathrooms consistent with their biological gender. The board further ordered the construction of a unisex bathroom open to all students.

In turn, Grimm and the American Civil Liberties Union of Virginia sued the school district in June 2015. The board said that its policy is not discriminatory because it treats all students equally based on their physical characteristics.

Allen rejected that argument. The judge distinguished between sex and gender, saying the former refers to “biological attributes such as genes, chromosomes, [and] genitalia” while the latter is the “deeply held sense of being a man or a woman.” Expecting sex and gender to conform in particular ways is unlawful stereotyping, Allen ruled.

Elsewhere in the decision, the judge agreed that the district has an interest in protecting the privacy of its students. However, Allen doubted that privacy violations would follow Grimm’s use of male bathrooms, saying the policy “ignores the practical realities of how transgender individuals use a restroom.” She went on to acknowledge that the school board had an “unenviable task” and commended all involved for having “the best interests of the students at heart.”

An earlier iteration of Grimm’s case reached the Supreme Court. The Obama administration issued a guidance document in 2016 directing schools to let trans-students use the bathroom corresponding to their stated gender identity. (RELATED: Liberal Justices Are Still Notching Victories Despite Conservative Supreme Court) 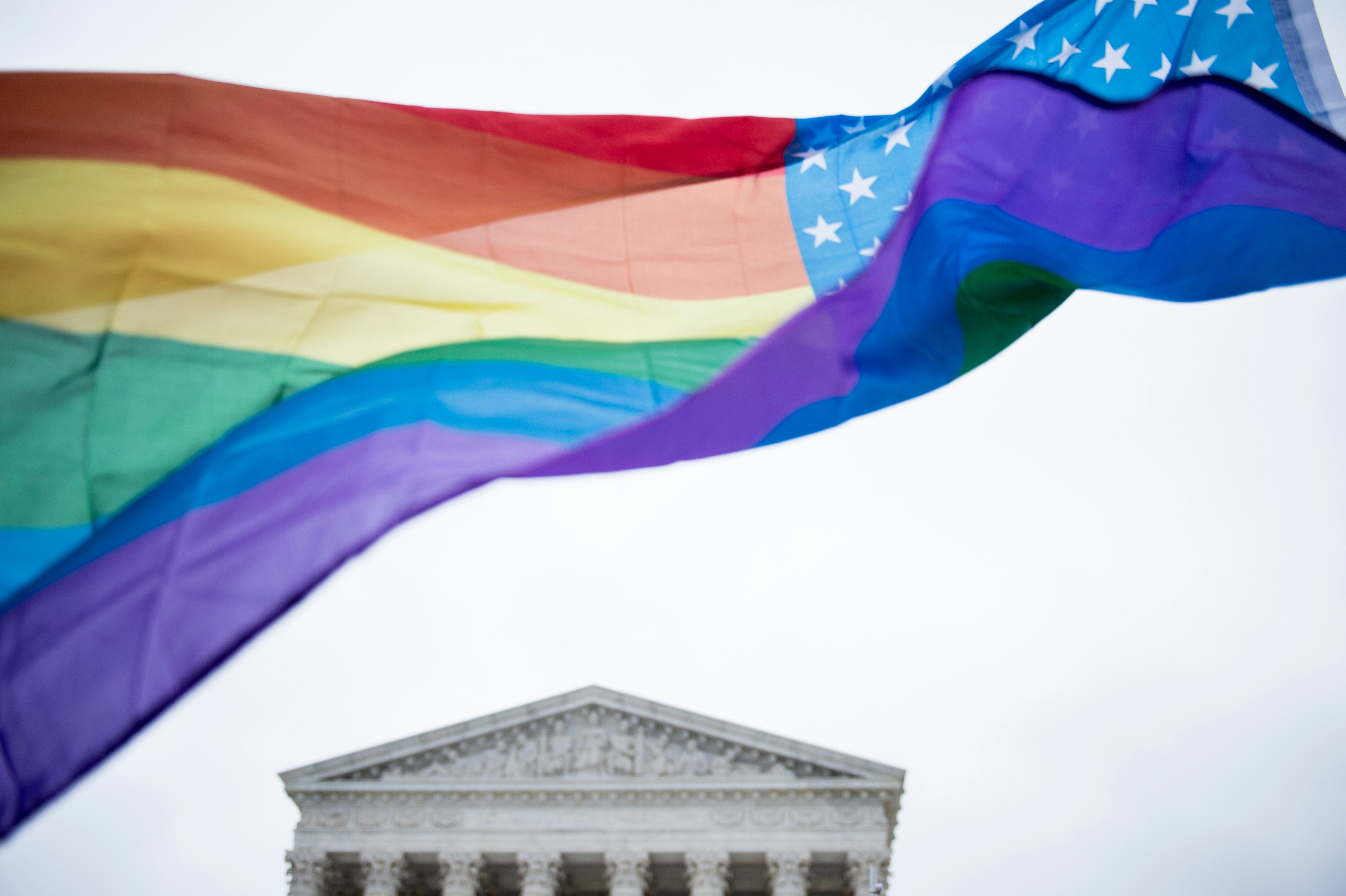 The Supreme Court as seen during arguments in Masterpiece Cakeshop vs. Colorado Civil Rights Commission on December 5, 2017. (Brendan Smialowski/AFP/Getty Images)

The high court took up the dispute in October 2016. The justices agreed to decide whether courts should defer to the administration’s guidance, and whether Title IX requires schools to accommodate a transgender student’s wishes. The Trump administration withdrew the Obama-era guidance, however, so the justices returned the case to the lower courts for further litigating.

While Grimm’s case could return to the Supreme Court at some point in the future, the justices will broach another LGBT rights dispute in October when they return from an extended summer recess. The Court will decide whether Title VII, the workplace anti-discrimination law, covers gay employees.

Wright Allen’s Aug. 9 order also requires the district to list Grimm’s gender as male in school records. The case is Grimm v. Gloucester County School Board in the U.S. District Court for the Eastern District of Virginia.