Landon Thomas Jr., a 16-year veteran of The NYT, allegedly disclosed to his editors in 2018 that he was a longtime friend of Epstein’s and had solicited a $30,000 donation to a private preschool in Harlem, NPR reported.

Thomas made the disclosure after his editors tapped him to follow up on a tip that Epstein was advising Tesla founder Elon Musk. Thomas said he had used Epstein as a source for finance-related stories in the past, and that they had become friends.

Thomas left The NYT in January, though it is not clear whether his departure was directly tied to the Epstein revelation.

Times staffers were embarrassed to learn of Thomas’s links to Epstein, especially given that paper’s early work on the #MeToo movement, according to NPR. Times editors instructed Thomas to end professional contact with Epstein. 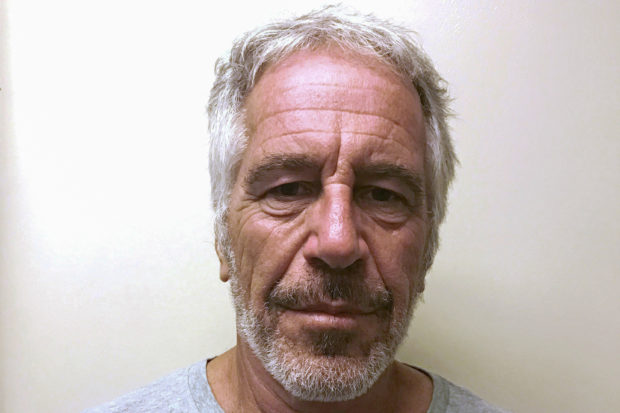 “Soliciting a donation to a personal charity is a clear violation of the policy that governs Times journalists’ relationships with their sources,” NYT spokeswoman Eileen Murphy told NPR. “As soon as editors became aware of it, they took action.”

Pressed for details about Thomas’s departure from The NYT, Murphy provided the Daily Caller News Foundation with the same statement given to NPR.

The NPR story details other interactions between Epstein and news organizations writing about his sexual exploits. Epstein’s lawyers, including Alan Dershowitz, used heavy-handed tactics to force some news outlets to back off of writing stories about Epstein, according to the article. A former editor at Vanity Fair told NPR the magazine’s former editor-in-chief, Graydon Carter, believed Epstein was behind two thinly veiled threats meant to intimidate him.

Carter said he believed Epstein had sent a bullet to his home in Manhattan, and a severed cat’s head to his home in Connecticut at around the time Vanity Fair published a March 2003 story that raised questions about how Epstein earned his money, according to former Vanity Fair editor John Connolly.

Though the reporter on that story, Vicky Ward, had interviewed two women who said Epstein abused them when they were underage, the article did not include the allegations.

Thomas also reported on Epstein around that same time in a New York magazine story published in 2002. He also wrote about Epstein for the NYT in a July 1, 2008, story, just as the mysterious financier was set to report to jail in Florida on charges of soliciting prostitution.

Epstein died Aug. 10 after an apparent suicide while in federal custody in New York City. He was facing charges of sex-trafficking underage girls. Authorities said Epstein used assistants to procure sex from girls in New York and Florida.

Thomas wasn’t the only journalist or celebrity to remain in contact with Epstein even after he became a registered sex offender. Epstein hosted a dinner party at his home in December 2010 attended by ABC News anchor George Stephanopoulos, Katie Couric and Woody Allen.