The lawsuit accuses HuffPost and reporter Ashley Feinberg of publishing false information and failing to contact persons she implicated in a crime in a September 2018 article about Georgetown Preparatory School, where Kavanaugh was a student when he allegedly assaulted Ford in the early 1980s.

The contested article is an extended interview with an unnamed Georgetown Prep alumnus who described the school’s libertine social life while Kavanaugh was enrolled. The piece identifies the apex of Prep’s alleged debauchery as the 1984 death of David Kennedy, who overdosed on a lethal stimulant-narcotic cocktail at The Brazilian Court Hotel in Palm Beach, Florida.

“In HuffPost and Feinberg’s zeal to embellish a salacious article about Justice Kavanaugh’s years at Georgetown Prep and to capitalize upon the controversy surrounding his confirmation hearing and thereby drive traffic to its website, they fabricated the false claim that Douglas Kennedy and Derrick Evans ‘helped score’ the illegal narcotics that killed Douglas’s older brother David in April 1984,” the complaint reads.

The plaintiff is Derrick Evans, a teacher and civil rights activist who was a contemporary of Kavanaugh’s at Georgetown Prep. Both Feinberg and HuffPost are named as defendants.

“In describing the culture of the school in those days, the former student pointed to the April 1984 overdose of 28-year-old David Kennedy, son of Robert F. Kennedy, who’d injected drugs into his groin, apparently to hide the needle marks. (Cocaine, Demerol, and Mellaril were found in his system,)” Feinberg wrote. “The former student spoke of Kennedy’s death as the end of the school’s free-for-all party scene and the catalyst for changes in Georgetown Prep culture.”

One day after publication, a Kennedy representative contacted HuffPost and denied Feinberg’s account of David’s death. The representative urged HuffPost to remove the story from their website. That evening, the company appended a correction to the story, saying Evans helped purchase cocaine for David without Douglas’s involvement. The correction cites an affidavit obtained by The New York Times as the basis for the revision.

The original story and the correction that followed are “knowingly, recklessly and outrageously false,” Evans’s lawsuit says. The complaint denies that Evans played any role in “scoring” cocaine for Kennedy, and says Feinberg’s initial portrayal of events is “fabricated.”

As for the correction, the complaint says the affidavit in question indicates that Evans was merely present when David discussed buying cocaine from two other individuals.

A 1984 Times article summarizing that same affidavit reports that Evans cooperated substantially with law enforcement investigating David’s death. Evans’s assistance was a decisive factor in the arrest of two men who sold cocaine to David, according to the Times. As such, Evans says the affidavit does not corroborate the claim made in the correction. 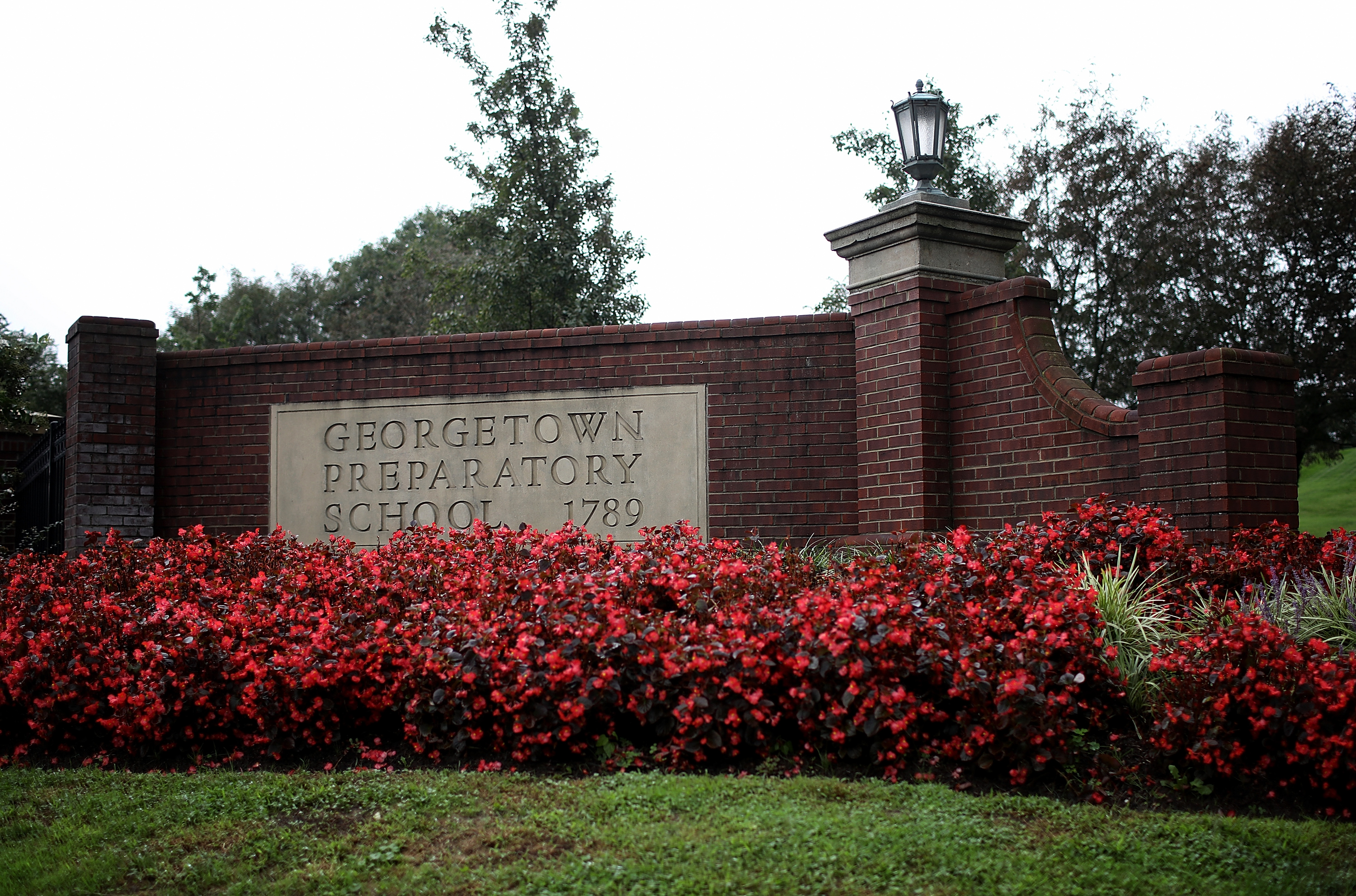 The entrance to the Georgetown Preparatory School in Bethesda, Maryland as seen on September 18, 2018. (Win McNamee/Getty Images)

Elsewhere in the lawsuit, Evans alleges that he was not contacted for the story before publication or when the correction was added.

“Defendants had no sources to support their outrageously false and defamatory statements about Derrick Evans and Douglas Kennedy,” the lawsuit reads. “Nor did defendants make any effort whatsoever to contact Mr. Evans for comment before accusing him of not only of committing a crime, but of being responsible for the death of David Kennedy.”

HuffPost has since substantially edited the story, removing all references to David’s death and expressing regret for mischaracterizing Evans’s involvement. The company has not retracted the story in full or apologized in writing, as Evans requested in a May letter.

Evans is seeking unspecified compensatory damages for reputational harm and emotional distress, as well as punitive damages. The case was assigned to Judge Halil S. Ozerden, who President Donald Trump has nominated to the 5th U.S. Circuit Court of Appeals.

Neither Feinberg nor HuffPost responded to the Daily Caller News Foundation’s requests for comment. Feinberg has since left HuffPost for Slate. The case is Evans v. Huffington Post.com Inc. in the U.S. District Court for the Southern District of Mississippi.