Democratic Sen. Sheldon Whitehouse of Rhode Island has attracted an ethics complaint and vigorous criticism from conservatives after raising the prospect of court-packing in a new legal filing before the Supreme Court.

Depending on one’s perspective, Whitehouse’s extraordinary brief is either a cogent indictment of the court’s seemingly partisan valence or particularly blunt strong-arming of the nation’s highest judicial tribunal.

“Senator Whitehouse’s bald-faced threat to ‘heal’ or face the consequences is inappropriate and shows just why an independent judiciary is essential to our system of government,” Elizabeth Slattery, a legal fellow at The Heritage Foundation, told the Daily Caller News Foundation. “The justices should, and most likely will, ignore attempts to intimidate them, and instead focus on what the Constitution requires.”

“And further, the facts don’t bear out Senator Whitehouse’s claim that the justices are driven by a partisan agenda,” Slattery added. “Just look at the voting records of the newest justices, Neil Gorsuch and Brett Kavanaugh, who ended up on opposite sides in nearly a third of cases last term. That doesn’t look like the outcome-oriented judging to me.”

Whitehouse filed an amicus (or “friend of the court”) brief in a Second Amendment case the justices will hear in their new term, which begins in October. The filing urged the justices to dismiss the case and broadly accused the court’s conservative majority of dutifully serving monied Republican political interests. Four other Democratic senators joined Whitehouse’s brief.

The brief elsewhere accused the conservative justices, dubbed “the Roberts five,” of cooperating with “an industrial-strength influence campaign” that advances an extreme political agenda through strategic litigation and outside spending from conservative groups with common funding sources.

The brief itself also breaks professional conduct rules, Judicial Watch believes, noting Rhode Island rules require lawyers to “demonstrate respect for the legal system” and use “the law’s procedures only for legitimate purposes and not to harass or intimidate others.”

“Senator Whitehouse is violating basic legal ethics in threatening the Supreme Court while engaging in the unauthorized practice of law,” Judicial Watch President Tom Fitton said in a statement. “He should be held accountable for these abuses.”

Whitehouse did not respond to the DCNF’s request for comment on the complaint. (RELATED: Second Amendment Looms Over Supreme Court After Back-To-Back Massacres) 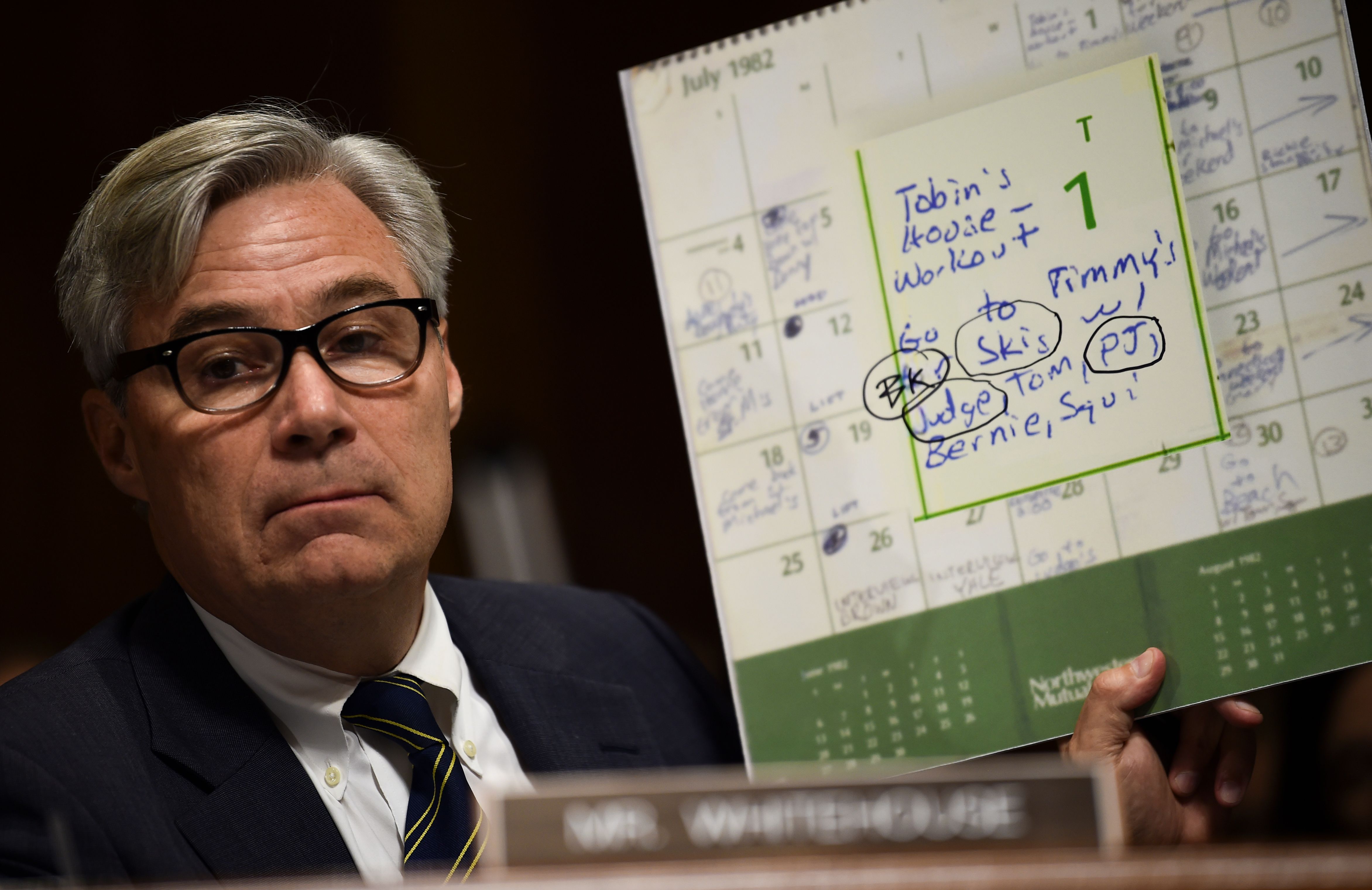 The Trump campaign said Whitehouse’s allusion to court-packing is consistent with a general progressive push for structural reforms of U.S. politics, such as abolishing the electoral college.

“When Democrats lose elections, they try to change the rules to favor themselves politically, whether it’s attacking the electoral college or threatening court-packing,” campaign spokesman Daniel Bucheli told the DCNF.

“The nomination and confirmation of two new justices, both of whom are widely respected for their legal careers, will positively impact this country for years to come,” Bucheli added.

The case that occasioned Whitehouse’s brief involves a challenge to New York City’s gun transportation regulations. A city ordinance — since amended — required licensed gun owners to transport their unloaded firearms in a locked container. Licensees were only authorized to move their weapons between their home and a gun range. They could not carry firearms beyond city limits.

The plaintiffs are several city residents who wish to bring their guns to shooting competitions outside the city or to vacation homes for self-defense. Though they lost before a federal trial judge and the 2nd U.S. Circuit Court of Appeals, the Supreme Court agreed to hear their case in January. After the court granted review, the city issued new rules relaxing the challenged restrictions and urged the justices to dismiss the case as moot.

For his part, Whitehouse has defended the filing, telling the Washington Post that the court urgently needs to consider its reputation as it approaches a docket heavy on politically salient disputes like gun control, gay rights in the workplace and the president’s power to terminate the Deferred Action for Childhood Arrivals (DACA) program.

“In the same way that you might warn somebody walking out on thin ice — ‘Hey, the ice is thin out there, you want to be careful, maybe you want to come in’ — I think that was the motivation for filing this brief,” the senator said.