Friday’s announcement is the second time in recent months the justice disclosed a serious medical condition after she completed treatment. In both instances, her diagnosis remained closely held for several weeks.

The last 10 months have been particularly punishing for the 86-year old progressive icon. The justice fractured three ribs in a November fall at the high court, causing her to miss Justice Brett Kavanaugh’s ceremonial investiture. One month later in December, Ginsburg and had two cancerous nodules removed from her left lung. She missed the Court’s January sitting to recuperate from the procedure, but continued participating in cases.

The Supreme Court’s Public Information Office said in a Friday statement that doctors “confirmed a localized malignant tumor” on Ginsburg’s pancreas after a July 31 biopsy. Thereafter, Ginsburg completed a three-week course of outpatient radiation therapy at Memorial Sloan Kettering Cancer Center in New York City, at which time the public was informed of the diagnosis. The Court said the tumor has been “treated definitively and there is no evidence of disease elsewhere in the body.”

Ginsburg was treated for pancreatic cancer once before. Doctors surgically removed an early-stage tumor in 2009, when she was 75. 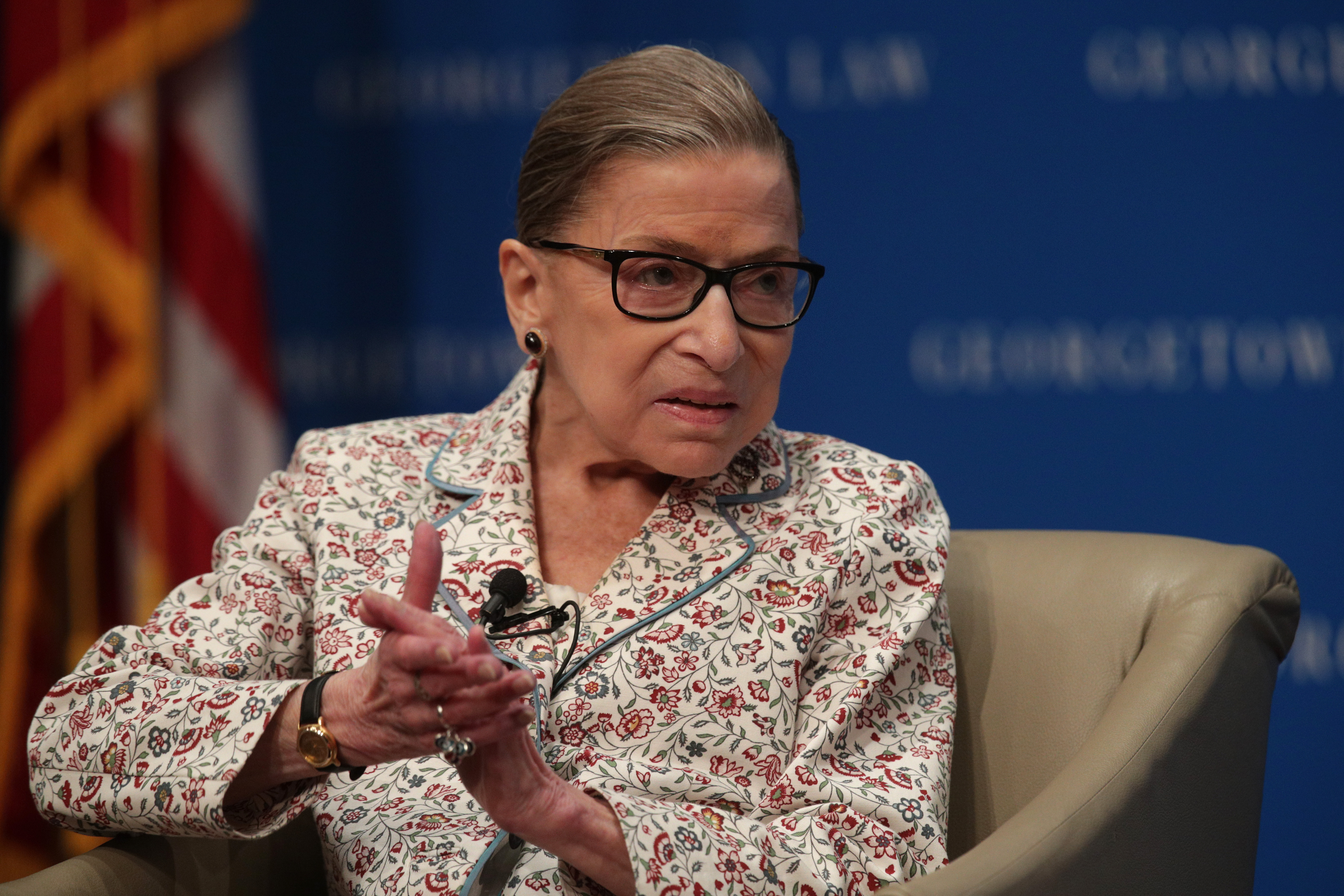 The gauntlet of health challenges did not seem to take a toll on the justice. She appeared fully engaged in oral arguments throughout the spring and has kept an active travel schedule, including an international trip to Portugal in July. Even as she underwent radiation therapy in New York, she attended Broadway productions of “Fiddler on the Roof” and “Moulin Rogue” according to theatre-goers who recounted sightings on social media.

Yet there are subtle signals that Ginsburg’s famous efficiency is slowing. She wrote just six majority opinions this term, while her colleagues each produced seven or eight decisions for the Court. What’s more, her total page production is down as compared to previous years. Her opinions totaled 131 pages this term, down 33 pages from the 164 she produced one term prior.

There is no standardized process for the justices to make medical disclosures to the public. Each member of the Supreme Court makes their own determinations about fitness and transparency.

Legislation pending in Congress requires all federal judges, including the justices, to submit to periodic medical exams. The bill calls for all judges to undergo an examination every five years, with more regular assessments as they age. Results of those reviews would be kept confidential, unless a physician identifies a condition that “may impact the ability of the judge or justice to carry out the duties of the judge or justice’s position,” at which point the head judge of the relevant court would be informed of the diagnosis.