Lawyers for a 30-year-old immigrant convicted of gang rape are arguing he is too depressed to be deported back to his home country of Somalia.

Yaqub Ahmed, a Somali who was granted refugee status in the United Kingdom, was convicted for the 2007 gang rape of a 16-year-old girl living in London. He served nine years in prison alongside three other men who took part in the brutal rape. Ahmed is due to be deported back to Somalia, but his lawyers claim that he is unable to return to his home country because he is feeling depressed and suicidal, according to the Sun.

In an attempt to stop his deportation, Ahmed’s legal defense is asking for a judicial review of his case, telling a psychiatrist he was suffering from “metal trauma.” The convicted rapist has attempted to commit suicide at least two times, and is suffering from “depressive disorder and post-traumatic stress disorder,” according to the psychiatrist.

Ahmed’s case received international attention when, in October 2018, he was scheduled to be deported out of the UK, but government officials were unable to do so.

As he was being escorted onto a plane bound for Turkey, which was then supposed to lead him to Somalia, numerous passengers on the flight began screaming for him to be released. Many of the passengers, presumably unaware of Ahmed’s criminal history, pleaded he remain in the UK so he wouldn’t be separated “from his family.”

The effort to deport Ahmed was ultimately abandoned, resulting in cheers from the crowded airplane. The entire ordeal was caught on phone camera and went viral online.

The woman he was convicted of raping spoke out about the plane incident, expressing outrage at citizens who impeded the deportation.

“How could you defend a rapist?” she said in April. “How could you intervene? He was in handcuffs, he was being taken out of the country… who are you people to interfere with justice?” 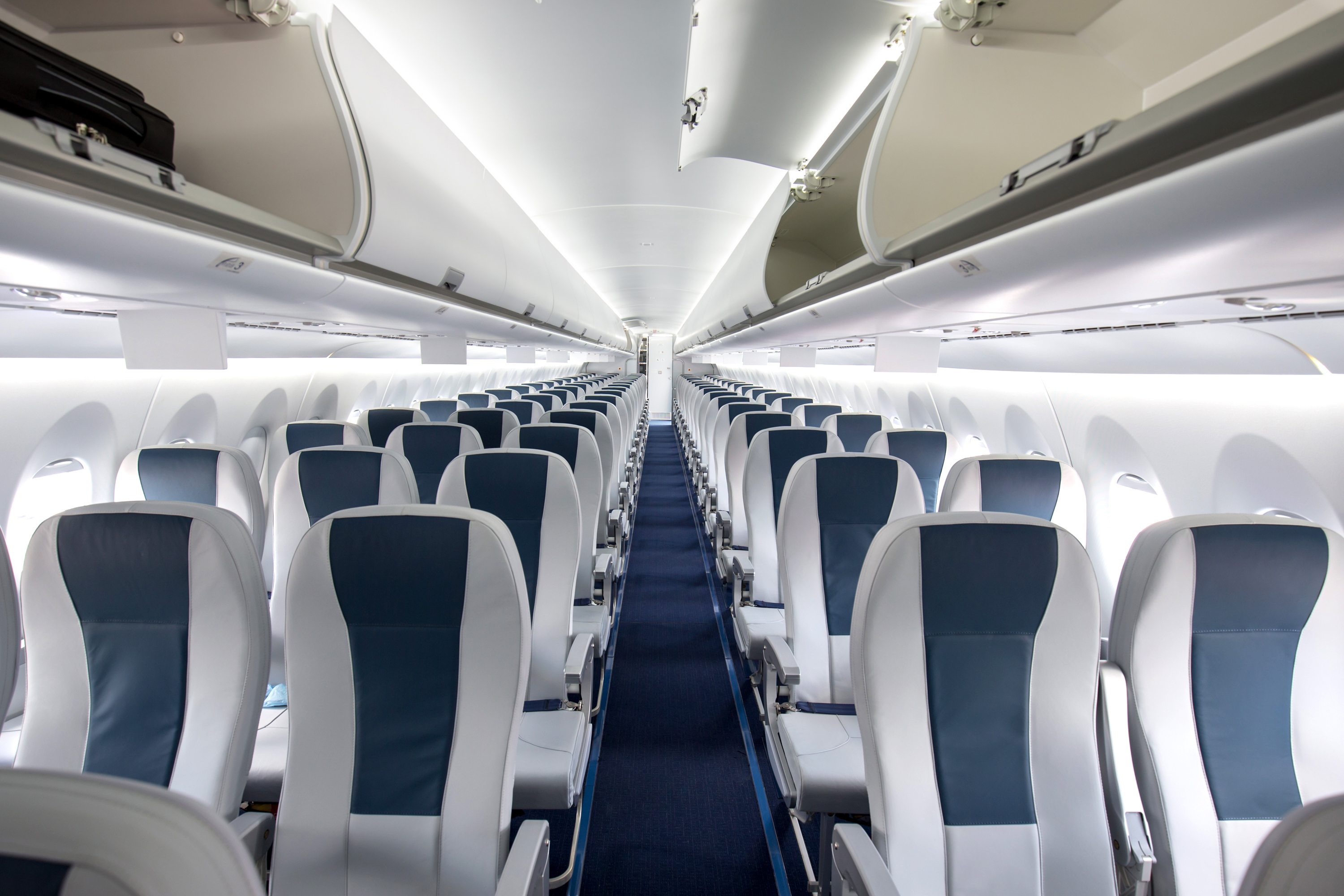 A plane devoid of passengers (Shutterstock)

“It’s ridiculous — his mental health is being put above mine,” she said. “It’s absolutely disgusting and I’m appalled that he is using this excuse to try and avoid deportation”

“I am currently without any mental health support, yet he has been assessed by a specialist psychiatrist. He thinks things have been tough. Well he should have lived my life these last few years,” she continued.

In another twist to his case, Ahmed is now claiming he was the victim of modern slavery during his time in Somalia. A process to review a potential slavery case lasts about 45 days in the UK, according to the Sun. It has cost taxpayers in Britain more than $403,000 to keep Ahmed in the country, thanks to prison costs and his ongoing criminal trials. (RELATED: Uber Driver Convicted Of Raping Woman While She Was Unconscious Faces Deportation)

The UK government is reportedly prepared to pay for a charter flight to deport Ahmed, which would avoid a repeat of last year’s commercial flight fiasco.