Democratic presidential candidate and Vermont Sen. Bernie Sanders used the n-word in both his 1997 book “Outsider in the House,” as well as its updated 2015 version, “Outsider in the White House.”

Sanders used the word while accusing Republicans of playing “scapegoat” politics in 1996 by supporting policies like welfare reform, which Sanders described as a “slight variation on very old themes.”

“For a hundred years, the white workers of the South were the most exploited white workers in America. They were paid the lowest wages, they endured the worst working conditions, their housing was abysmal, their kids went to the most backward schools, and very few could send their children to college. But what did they have? They were given ‘niggers’ to hate and look down on, ‘niggers’ who couldn’t vote, drink at their water fountains, use the same bathrooms, or sit up front in the buses or movie theaters,” Sanders wrote in the book, a copy of which was reviewed by the Daily Caller News Foundation.

“The crown jewel of the Republican agenda is their so-called welfare reform proposal. The bill, which combines an assault on the poor, women and children, minorities, and immigrants, is the grand slam of scapegoating legislation, and appeals to the frustrations and ignorance of the American people along a wide spectrum of prejudices. Tired of high taxes and spending huge sums of money on people too lazy to work? Tired of paying black teenagers to stay home all day and have babies while you work your butt off? Tired of providing an incentive for Mexicans to skip over the border in the middle of the night? Welfare reform is for you!” Sanders wrote.

The passages remained in an updated version of Sanders’s book published in 2015, “Outsider in the White House,” which was also reviewed by the DCNF.

“It should not need to be explained that critiquing racism is not racism, but let’s give it a try. Senator Sanders is describing the well-documented racism and hatred that was used to divide the working class against itself in this country for hundreds of years. In fact, that entire chapter of the book is simply a recounting — and criticism — of the Republican strategy that was infamously described by GOP strategist Lee Atwater in 1981, which involved using racial bigotry and epithets to demonize people of color,” Sanders campaign spokeswoman Briahna Gray told the DCNF in an email.

“Senator Sanders was attacking that disgusting strategy and, of course, he would not use the word outside of this context. His entire political career has been dedicated to building a multi-racial coalition of working people to finally overturn the bloody legacy of racial hatred in our country,” Gray added. (RELATED: Bernie Sanders Pushed False Flag Conspiracy Theory About Domestic Bombings)

When informed that the passage in which Sanders used the n-word did not contain a reference to Lee Atwater, and that a text search of “Outsider in the White House” found zero mentions of Atwater’s name, Gray replied that “even if [Sanders] didn’t reference Atwater’s Southern Strategy by name, he wouldn’t have had to for it to be recognizable.”

Seventy percent of Americans “think it’s never acceptable for a white person to use the N-word,” according to polling Pew Research Center released in April. 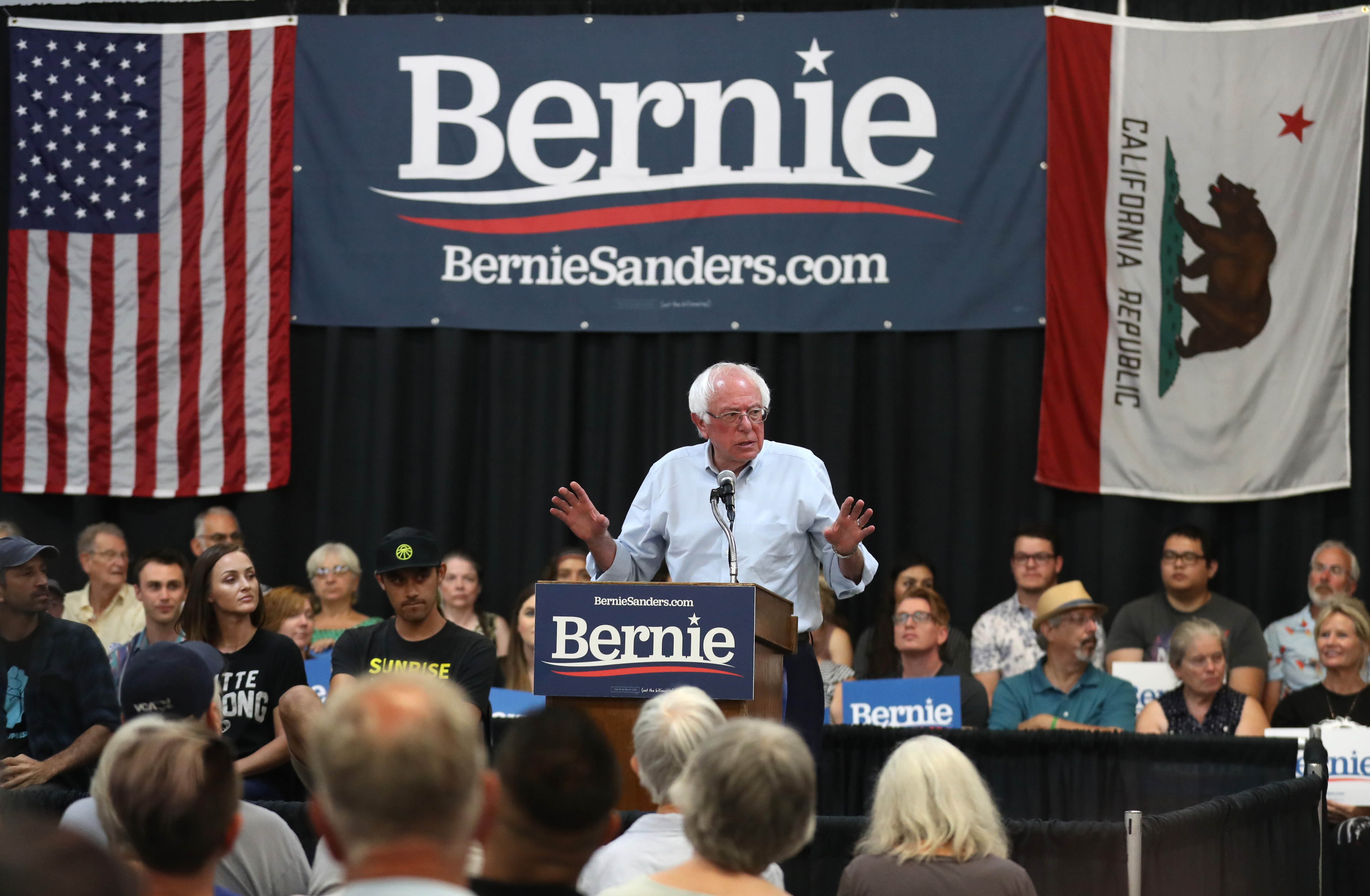 The survey also found that a plurality of Americans, and a majority of Democrats, said a white person using the n-word means “the person is a racist.”